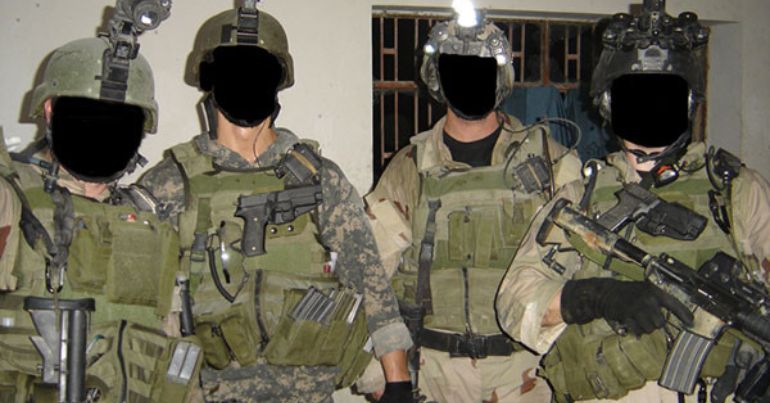 Elite soldiers, cover-ups, night-time house raids, and evidence of execution-style killings. The story of Britain’s recent wars will be told for many years to come. And, the latest allegations of war crimes suggest that it will not be a tale of military glory.

Military personnel from the US, Australia, and the UK are held in high regard, often hero-worshipped by the public and politicians alike. However, their involvement in Iraq and Afghanistan has led to accusations of criminal activity – including the murder of civilians – as well as seemingly endless allegations of further wrong-doing which have proven difficult to pin down.

The newest allegations concern operations in Afghanistan over a decade ago. The BBC published their findings on Tuesday 12 July. Through whistleblowers, experts, and witnesses, they found that multiple war crimes had been carried out by an SAS unit in 2011.

This includes the allegation that innocent civilians were executed during house raids in Helmand Province. Furthermore, senior military officers may have covered up evidence and worked against military police investigators. General Mark Carleton-Smith, a former head of special forces, and later head of the army, was also criticised in the report.

In one operational tour, it was alleged, up to 54 civilians may have been murdered. The Ministry of Defence (MOD) rejects the claims, calling them “subjective” and “unjustified”.

The responses to the latest in a long line of allegations have been polarised. Some have said the regiment should be disbanded if the claims are true. Others have framed the allegations as improbable. In Parliament, Boris Johnson extended the tradition of never commenting on special forces matters when asked if there would be an investigation. Also in the Commons, former Labour leader Jeremy Corbyn called for special forces to be made democratically accountable:

In this morning's Urgent Question in Parliament on recent allegations about British Special Forces in Afghanistan, I put it to the Minister that our Special Forces should be subject to the same democratic accountability as the rest of the armed forces. pic.twitter.com/NPfnjJ3bdF

Some criticised the use of footage from an execution-style killing by Australian SAS soldiers in the BBC film. Like the British military, the Australian military have repeatedly been accused of war crimes in Afghanistan – the problem extends throughout Anglophone Western armies.

In 2020, the Australian SAS was subject to war crimes allegations. These included the video, mentioned above, of a soldier executing a prisoner at point-blank range.

Investigators reported that a culture of violent impunity has developed in the elite unit. One described the soldiers conduct as:

Other allegations included a practice called ‘blooding’, in which new SAS soldiers were made to murder prisoners in order to acquire their first kill.

A report noted that the unit’s ‘distorted’ culture:

…was embraced and amplified by some experienced, charismatic and influential non-commissioned officers and their proteges, who sought to fuse military excellence with ego, elitism and entitlement.

For their part, elite US forces have been subject to similar allegations, including unlawful killings and the mutilation of bodies. In the latter case, this included the use of specially made hatchets modelled after indigenous American tomahawks.

Like the Australians, reports suggest that a toxic unit culture developed in the SEALS, a US Navy special forces unit. They reportedly treated killing like a sport, fetishising particular kinds of headshot:

“There is and was no military reason whatsoever to split someone’s skull open with a single round,” said a former SEAL Team 6 leader. “It’s sport.”

One of the highest-profile cases was of Navy SEAL Eddie Gallagher, who was accused of various crimes but eventually acquitted. Among those to rally to his cause was Donald Trump. In other cases, Trump pardoned elite soldiers accused of wartime atrocities.

Responses from the state have varied across the US, UK, and Australia. In Australia, an investigation was launched. In the US, war crimes became a partisan issue, with Trump intervening in favour of soldiers. In the UK, the process culminated in the Overseas Operations Bill. This has since become law.

The bill, which was heavily criticised by veterans, military charities, lawyers, and human rights groups, has made it harder to investigate and prosecute war criminals. It includes what is in effect a five-year run-out date for allegations to be brought. Keir Starmer’s Labour was whipped to abstain from the bill, and the few who voted against it were disciplined.

The “war on terror” has seen armed forces personnel, and particularly elite military units, elevated to the status of heroes. Beneath that façade, there have been numerous accusations of brutality and murder. Special forces units from across the Western world often appear to have evolved toxic leadership cultures and enjoy little accountability.

In cases where they have been accused – or even found guilty of crimes – they have usually been framed as victims. The truth is, the victims have always been the often-nameless, forgotten, occupied people in places like Iraq and Afghanistan. And without a serious reckoning with these allegations, similar atrocities will happen again and again.