Truss and Biden facing off over economic policy is hilarious 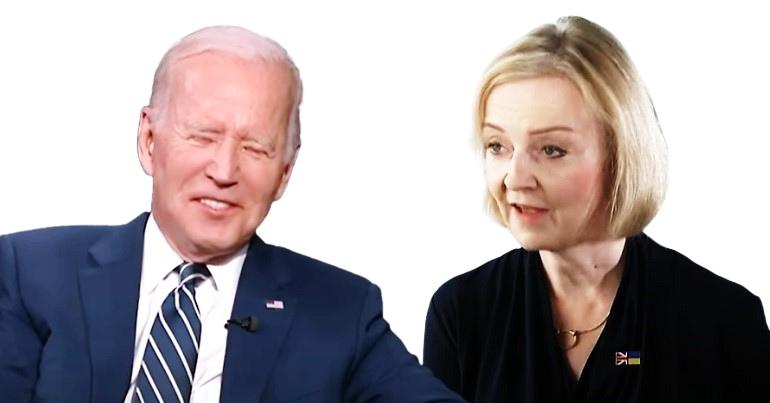 Joe Biden has dragged Liz Truss on social media over her economic policies. Of course, what the situation actually shows is that both leaders are little more than corporate capitalists. The only difference is that Biden is slightly better at hiding it than Truss.

Truss’s approach to economic policy is looking very “trickle-down”. As Larry Elliot wrote for the Guardian:

The theory of trickle down economics is simple. Governments should cut taxes for the better off and for corporations because that is the key to securing faster growth. Entrepreneurs are more likely to start and expand businesses, companies are more inclined to invest and banks will tend to increase lending if they are paying less in tax.

Initially, the beneficiaries are the rich, but gradually everyone gains because as the economy gets bigger well-paid jobs are created for working people. Governments should stop focusing on how the economic pie is distributed and focus on growing the pie instead.

In terms of her plans – including lowering taxes and cutting stamp duty, Truss is reported to have said that:

We want people to keep more of the money they earn, because we believe that freedom trumps instruction. We are reforming our economy to get Britain moving forward once again.

The government has furiously denied that this is trickle-down economics. But of course, it’s unlikely that any growth will actually trickle down regardless of what it’s called. What Truss’s approach will likely do is:

Truss doesn’t think this is unfair. But even the corporate capitalist International Monetary Fund (IMF), which is responsible for pushing African and South American countries into debt and austerity, has slammed trickle-down economics. So, enter Biden to pour more scorn on Truss’s plans.

The US president appeared to subtweet Truss, saying:

I am sick and tired of trickle-down economics. It has never worked. We’re building an economy from the bottom up and middle out.

Biden’s plan seems at odds with Truss’s – a problem for the capitalists who drool over the UK and US’s ‘special relationship’. The Guardian reported that he is planning to tax the top 1% earners more to pay for social measures for the poorest people. But much like Truss, Biden’s plan also ultimately benefits the rich. World Socialist Web Site (WSWS) called his plans a:

It is unlikely to fool the masses of working people, who face brutal inflation and a deliberate policy of increasing unemployment to halt a growing wages movement.