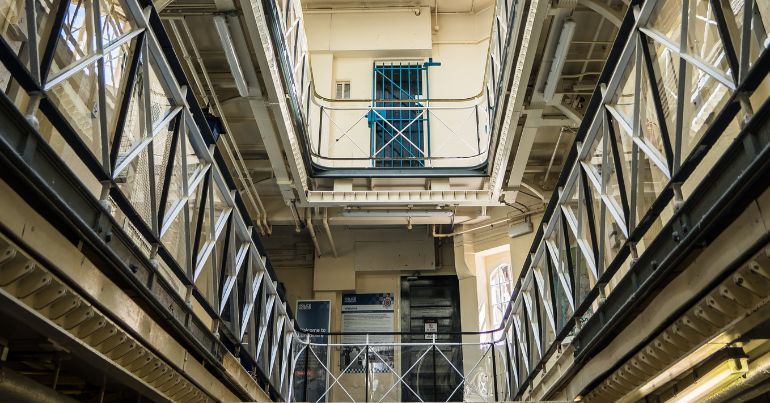 INQUEST has published a report revealing new data and sharing the harrowing stories of 22 Black and racially minoritised people whose deaths in prison were “preventable and premature”. The report reflects the prevalence of institutionalised racism, systemic violence, and neglect in England and Wales’ prison system.

INQUEST is a charity which supports families bereaved by state neglect and violence. Freedom of Information (FoI) data gathered by the charity reveals that 2,220 people died in prison between January 2015 and December 2021.

371 people died in prison in 2021, the highest number of deaths ever recorded in English and Welsh prisons. Responding to the Ministry of Justice (MoJ) statistics in January, INQUEST director Deborah Coles argued that:

the pandemic alone cannot explain away this record level of deaths.

Indeed, in July, User Voice (a charity led by formerly incarcerated people) published evidence that in some cases, prison conditions during lockdown amounted to the UN’s definition of torture. The systemic neglect and restrictive regimes implemented during the pandemic inevitably took their toll on imprisoned people’s physical and mental wellbeing.

INQUEST’s new report, Deaths of racialised people in prison 2015 – 2022, analysed the deaths of Black, mixed-race, Asian, Middle Eastern, Eastern European, white Irish, white Gypsy and Irish Traveller people. Coles explained that the deaths of Black and racially minoritised people are “among some of the most contentious, violent and neglectful” deaths in prison.

The report analyses the “preventable and premature” deaths of 22 racially minoritised people in prison. These cases include:

According to INQUEST’s analysis, the highest number of prison deaths were among Black and mixed-race people. Black and mixed-race women accounted for almost half of the deaths of all racially minoritised women in prison. The researchers said that this is evidence of “the role of institutional racism in the prison estate”.

The failure of post-death investigations to examine the potential role of racism or discrimination in deaths renders racialised issues invisible. As a result, the opportunity to acknowledge and address racial injustices and inequalities is lost.

The report details the death of 22-year-old Pakistani Mohammed Irfaan Afzal. Mohammed died from a chest infection on 4 August 2019 while being held on remand at HMP Leeds. According to INQUEST, he arrived in prison physically healthy. However, he lost almost a third of his body weight over the course of 48 days. This left him ‘vulnerable to infection’.

Prison staff described Mohammed as “bewildered” and “child-like” during his time behind bars. Inquiries into his premature death found multiple failures to identify and meet his physical and mental health needs.

My brother suffered for the last few months of his life scared, starving, sick, and alone. That will haunt me every day until I die. No one has been held accountable for his death, and there has been no justice.

The report details the premature, preventable and harrowing deaths of others in custody, including Anabella Landsberg, Tyrone Givans, Osman Ali Hassan, Natasha Chin, and Tommy Nicol.

The decision to imprison the people featured in this report ended up being a death sentence. Imprisonment is ineffective in reducing crime and instead perpetuates harm and violence, with racialised and marginalised groups worst affected.

INQUEST’s report comes at a time in which the government seeks to expand the prison system. In 2021, the Ministry of Justice announced plans to create 20,000 new prison places. These places will likely be filled by those criminalised by the government’s draconian new laws, as well as people pushed into destitution and mental health crises due to a cost-of-living crisis following years of austerity.

These and other factors disproportionately target Black and racially minoritised people, who are already overrepresented in England and Wales’ prison population. Indeed, although they make up just 13% of the general population, they account for 28% of people behind bars.

This disparity is even more pronounced in the youth carceral estate, with over half of children in custody being from Black and racially minoritised backgrounds.

As INQUEST has detailed, imprisonment can be a ‘death sentence’ for criminalised people. Prisons don’t create justice or accountability – they cause irreparable harm to individuals and communities.

The only way we will see an end to these preventable deaths is if the state ends its destructive prison expansion scheme. Instead of more prisons, we need community-based infrastructures of care which deal with the root causes of social harm through healthcare, housing and education.