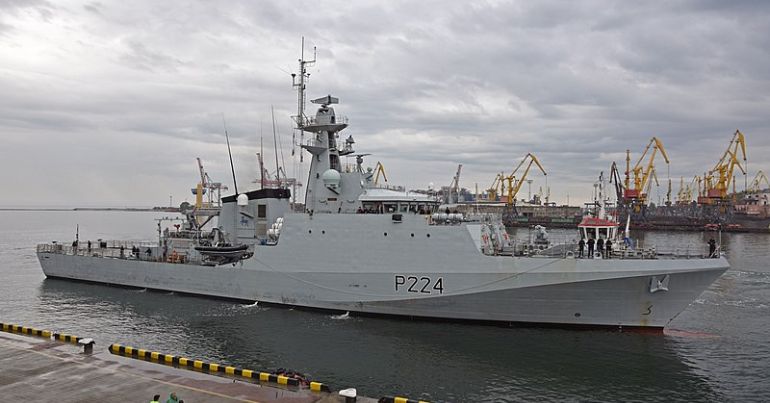 One of the best ideas to come out of the Corbyn era will be dropped if a new motion from a pro-arms trade union is passed. A 2017 motion to diversify the ‘defence’ sector could be replaced by a much more militarist one proposed by the GMB union. Diversification would see workers reassigned to socially useful jobs, instead of producing arms. But, this is set to be abandoned.

If approved at the Trade Union Congress (TUC), the motion would see the TUC lobbying for increased defence spending and cancel the 2017 position on diversification. Additionally, the motion instrumentalises the war in Ukraine and makes reference to AUKUS. AUKUS is a much-hyped military alliance between Australia, the UK, and the US.

The precise wording of the motion is as follows:

Congress believes that the world is becoming less safe and the policy carried in 2017 in favour of diversifying away from defence manufacturing is no longer fit for purpose.

Congress recognises that defence manufacturing cuts have hindered the UK’s ability to aid the Ukrainian people under brutal assault from Putin’s regime.

The motion demands that the TUC general council:

It also recognises that:

there is welcome potential for manufacturing orders under the Aukus agreement.

Diversifying the defence economy is a key argument from campaign groups in the UK. However, only under Corbyn’s leadership did it become a firmer policy proposal. As early as 2015, CND lauded Corbyn’s plans to repurpose the nuclear weapons industry:

As the only anti-Trident leadership contender, Jeremy Corbyn is not only giving a voice to the many Labour members who oppose nuclear weapons but is also setting out practical plans to transition the high-skilled workforce away from nuclear weapons production.

A Britain without nuclear weapons will contribute to a more peaceful world – and one that can build a sustainable, high-skilled economy with secure, socially productive jobs.

A major barrier to greener, more forward-thinking policy has been the synergy between certain trade unions and the military sector. GMB and other some other unions represent workers in the defence sector and, understandably, this is reflected in their resistance to change.

As Campaign Against the Arms Trade (CAAT) points out:

Employment in local areas heavily dependent on the defence industry is especially vulnerable to downturns in national military spending, or the ending of major contracts for the UK military, or for export abroad.

This is a critical contradiction at the heart of UK manufacturing. Because of a national commitment to producing weapons, workers and unions are forced into a militarist position. Even though the weapons they produce are often exported to authoritarian regimes which can harm other workers – usually in the Global South.

The British arms trade is supported by institutions of all stripes. This includes the nuclear weapons industry and the maintenance of the fleet. Organised workers in that industry are thus forced into a militarist position to protect their interests.

What should be happening, given the climate crisis, is a move away from skilled engineers and other workers building arms. They should be re-roled to build the ethical and green technologies we need for a just transition.

This latest motion reflects the problem. The big British trade unions are essentially conservative status quo organisations. It’s a bizarre situation when a trade union is arguing in favour of flooding Ukraine with arms, and for more lobbying for defence spending. This is a major barrier that must be overcome in order to move towards a more equitable and secure world.