The DWP was shamed by an SNP benefit change coming Monday 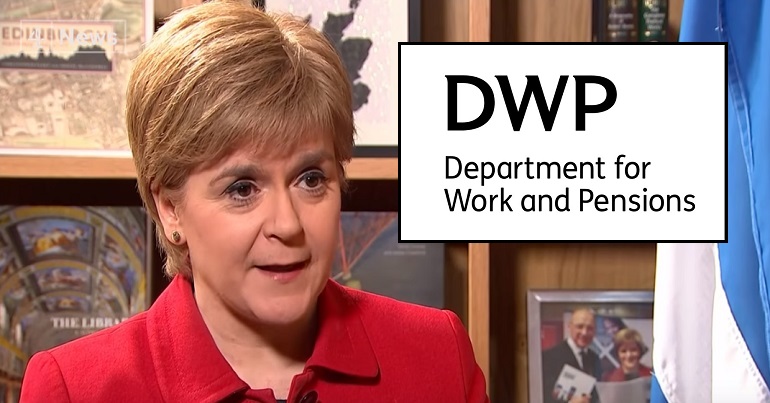 On Monday 14 November, the Scottish government is making an additional benefit payment available to more people with children. And that’s on top of child benefit payments that eligible parents in the UK receive – putting England and Wales’s Department of Work and Pensions (DWP) and HMRC to shame.

The SNP-led Scottish government has changed the Scottish Child Payment this year. As it says on its website, the benefit:

which is unique to Scotland, provides direct financial support to eligible families and carers to help with the costs of caring for a child.

From 14 November, around 104,000 children already getting Scottish Child Payment for their children under 6 will automatically see their awards increase to £25.

DWP: shamed by one benefit

From 14 November, the payment will be open to anyone on the qualifying benefits with children under the age of 16. First Minister Nicola Sturgeon previously said:

The Scottish Child Payment is unique to Scotland, the most ambitious child poverty reduction measure in the UK and an important action to mitigate the growing cost emergency. We doubled the payment to £20 per week per child in April and the further increase to £25 from November means a rise of 150% in less than eight months.

This means that around 104,000 children currently in receipt of Scottish Child Payment will have it automatically increased to £25 per week, and all new eligible under 16s will receive it at the new £25 rate with all payments backdated to the date their application is received.

Meanwhile, the DWP and HMRC in England only issue a Child Benefit of £21.80 for the eldest child and £14.45 for other children. This means eligible parents in Scotland receive 114.7% more in child-specific social security than HMRC and the DWP give parents in England and Wales.

With child poverty across the UK rocketing, the UK government, DWP and HMRC should be following Scotland’s lead in actively trying to lessen the harm caused to children. Whether it will or not remains to be seen. We won’t be holding our breath.