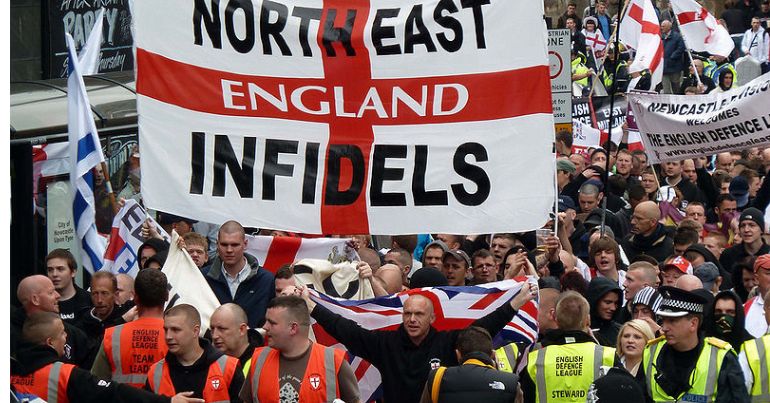 UK lawmakers have warned of a growing threat from right-wing extremists. They’ve urged the military and police to tighten background checks.

The parliamentary Intelligence and Security Committee (ISC) said in its annual report that the phenomenon had been steadily increasing since 2017, with tech-savvy young men driving the rise.

The report also stated that a growing number of young people under the age of 24 are now on the radar of the UK domestic security service MI5 investigating extreme right-wing terrorism (ERWT).

Of the 25 attacks which the security services and counter-terrorism police prevented between March 2017 and January 2020, eight were motivated by an ERWT ideology.

The new ERWT threat is fragmented and complex, increasingly driven by the internet and characterised by a technologically aware demographic of predominantly young men, many of them still in their teens, who are typically ‘Self-Initiated Terrorists’

However, few of the individuals suspected belong to organised groups. MPs said:

Their motivation can be highly individualistic, according to their particular personal circumstances, the nature of their grievances and perceptions of their own capabilities.

Determining how, why and when they may choose to attack is therefore particularly challenging.

The ISC report may cast doubt on the effectiveness of government counter-extremism efforts. The centrepiece of these has been the highly questionable Prevent scheme. Prevent has been accused of being Islamophobic and disproportionally targeting Muslims in the UK.

As long ago as 2017, when the reported rise in far-right extremism started, campaigners were warning:

[Prevent] is broken, it’s counterproductive and I think there is a lack of accountability.

This strategy has been in place for over a decade and there’s been no discernable impact.

It seems clear that far-right sentiments are rising across the world. A coup attempt led by an aristocrat and involving veterans and police officers was foiled in Germany recently. We’ve seen a rise in the US following Donald Trump’s election loss in January 2021. It isn’t a huge stretch to imagine similar plots emerging in the UK – with its enduring climate of migrant-bashing and xenophobia.

We must remain vigilant at all times about the danger of far-right radicalisation. As ever, we must also be wary of blaming the ‘other’ in these times of increased economic downturn and decline.

Featured image via Wikimedia Commons/Lionheart Photography, cropped to 770 x 403, licenced under CC BY 2.0.