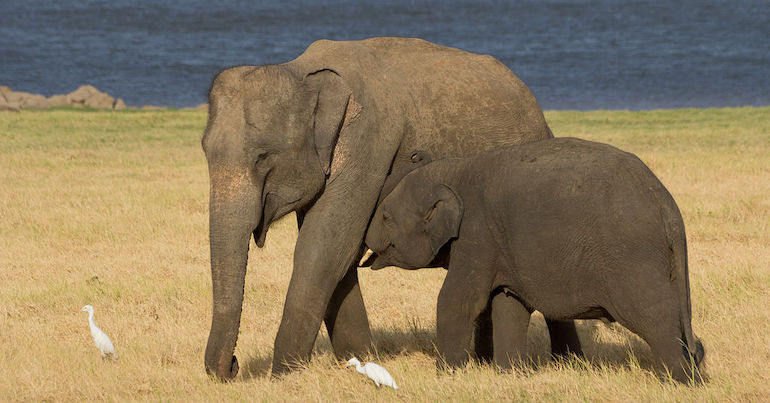 A petition calling for an end to elephant abuse linked to tourism has surpassed 1.1m signatures. The milestone comes as the UK parliament approaches the second reading of a bill that would prohibit the advertising and sale of tourism activities linked to such abuse.

As the Canary previously reported, many elephants in tourism endure a torturous existence. Some are snatched from the wild as youngsters, and most endure a brutal training regime known as ‘pajan’ to subdue their wild natures. The process can involve beating, crushing and starving the elephants, among other abuses.

Once their trainers consider them obedient enough, they are put to work, with their continued subservience maintained through the threat of further violence. Commonly, for example, elephant keepers carry a bullhook. As the name suggests, this tool has a sharp hook that can be jabbed into elephants’ sensitive areas to subdue them.

In 2020, Save the Asian Elephants (STAE) revealed that hundreds of travel companies sell or promote tourism to British holidaymakers that may involve such abuse. The organisation has since identified hundreds more. Many of the companies are members of the UK travel trade association ABTA.

Despite public support for a ban on the promotion of unethical elephant tourism, the UK government shelved a bill in 2022 that would have cracked down on the trade. The Animals Abroad Bill would have also impacted the UK’s involvement in other non-human animal-related issues overseas, such as trophy hunting, the fur trade and the import of foie gras. But senior Conservatives like Jacob Rees-Mogg and Mark Spencer reportedly blocked it.

Now, parliamentarians are seeking to salvage some of the provisions it contained through Private Members’ bills. The Animals (Low-Welfare Activities Abroad) Bill is one of these. It would prohibit the advertising and sale of overseas activities that “involve low standards of welfare for animals”. Guildford MP Angela Richardson formally introduced the bill in June 2022.  Its second commons reading will take place on 3 February. This will be the first opportunity MPs have to debate it.

In December, another Private Members’ bill passed its second reading with ease. The Hunting Trophies (Import Prohibition) Bill would ban the import of trophies from many threatened animals into the country.

STAE will hand the 1.1 m-signature-strong petition calling for an end to the abuse of elephants for tourism to Downing Street ahead of the Animals (Low-Welfare Activities Abroad) Bill’s next reading. The group is also urging UK citizens to contact their MPs and government ministers to demand they back the bill.

At this important time before the House of Commons second reading of the Animals (Low Welfare Venues Abroad) Bill on 3 February 2023 please all UK citizens email these important cut and paste letters demanding action to your MP and to Govt Minister and PM: https://t.co/dMYRW2q5Cs pic.twitter.com/2VlQJxgx39

A danger to humans as well as elephants

STAE’s founder, Duncan McNair, has recently returned from a trip to Thailand for the campaign group. Speaking to the Canary, he said that he witnessed firsthand “the cruellest abuse of captive Asian elephants” for tourism during his travels. He argued that the government’s support for the bill at its next reading will be:

a litmus test of its concern for animal welfare measures at large.

McNair indicated that the government has remained tight-lipped on the bill so far, despite:

endless promises of such new law by successive governments since 2015.

He further highlighted why the bill’s passage is vital, commenting that:

A ban will steer demand, and then supply, to ethical venues where elephants and humans are safe from abuse and fatalities.

As these comments from the STAE founder suggest, the use of tormented elephants in tourism poses a risk to people too. A British woman, Andrea Taylor, died in 2000 after an elephant charged at the audience at a venue in Thailand. Provoked elephants can pose a “deadly danger” to tourists, McNair warned, which the “reckless, unrestrained market” in elephant tourism fails to make clear to people.

Moreover, biologist Dr Clifford Warwick has asserted that the conditions elephants endure in captivity, and the close contact allowed between people and wildlife in unethical experiences, raises the risk of disease transmission.

In other words, an end to unethical tourism is the best way forward. This is particularly true for endangered Asian elephants, the wild populations of which continue to dwindle thanks to numerous threats, including their use in tourism.