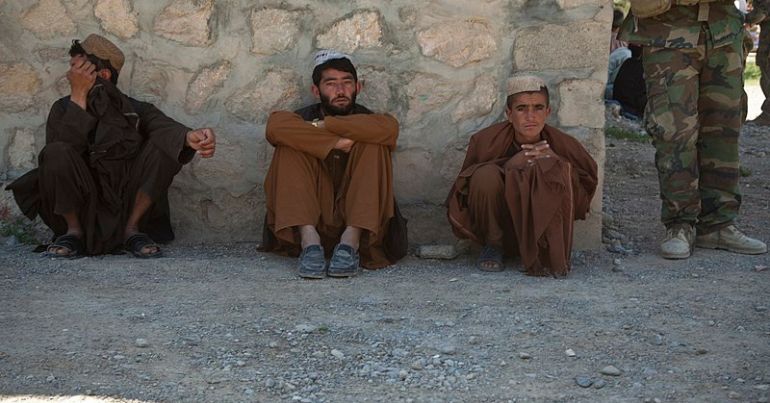 The UK government has finally announced an inquiry into allegations of war crimes committed by special forces troops in Afghanistan. The inquiry will be able to compel people to give evidence.

It also appears that the scope of the inquiry has been expanded from its initial remit. It was reported in July 2022 that any investigation would be limited to looking at how allegations were handled.

It now seems that the inquiry will include a deeper look at the allegations of murderous acts by SAS (Special Air Service) troops. The move was announced by defence minister Andrew Murrison. Strangely, his Labour counterpart – John Healy – seemed to see the inquiry as an opportunity to protect the reputation of the SAS:

This special inquiry is welcome and must succeed. It is essential to protect the reputation of our British special forces, guarantee the integrity of military investigations and secure justice for any of those affected.

Unmentioned in the BBC coverage is the spectre of the Overseas Operations Act. This controversial law has the effect of making war crimes prosecution of British troops virtually impossible. This is especially true if more than five years have elapsed between the crimes and their being brought to court.

The scope of the allegations cover a roughly three-year period between 2010 and 2013. At this time, SAS troops were engaged in capture operations in Afghanistan. A BBC Panorama documentary aired in July 2022 suggests that in one six-month period 54 people may have been killed by the elite unit.

The families of those allegedly murdered have campaigned for justice for many years. Members of the Noorzai and Saifullah families spoke to the BBC about the hardships they had faced trying to bring people to account.

A representative of the Saifullah family said:

I am extremely happy that there are people who value the loss of life of my family, of Afghans, enough to investigate.

And a Noorzai family member said:

My family has waited 10 years to find out why this happened. We are happy that finally, after so many years, someone is going to investigate this thoroughly.

With an inquiry announced, there may be a speck of hope for the bereaved families. But it is just a speck. Whatever the findings of the investigation, the path to accountability has been severely narrowed – if not shut entirely.

With the Overseas Operations Act now law, any allegations over five years old are unlikely to ever see the inside of a courtroom. As such, even if wrongdoing is uncovered, Britain’s alleged war criminals seem very likely to escape punishment in the long term.