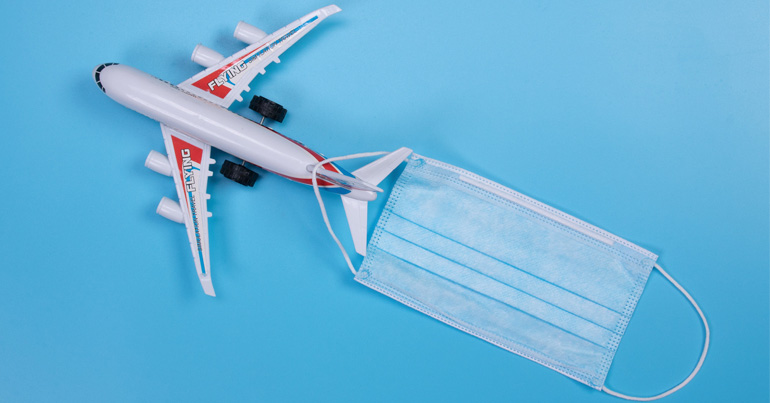 Over a dozen countries have introduced new coronavirus (Covid-19) measures for travellers from China. This comes after cases of infection have surged across the country. However, the Chinese state has described the measures as “unacceptable”.

The United States, Japan, France, Canada, and the UK are among the countries that now require airline passengers from China to confirm a negative pre-departure Covid test. The countries are also carrying out the random sampling of arriving passengers.

There has been a steep rise in infections after Beijing abruptly lifted years of hardline restrictions in December 2022, with hospitals and crematoriums quickly overwhelmed. Nonetheless, the state pushed ahead with re-opening. It announced an end to mandatory quarantines for inbound flights, which prompted Chinese people to plan trips abroad. However, countries across the world are concerned with what this means for a virus that has killed an estimated 6.6 million people.

Some countries have taken entry restrictions targeting only Chinese travellers… This lacks scientific basis and some practices are unacceptable.

However, the imposed measures – including those by British and French governments – state that all travellers from China, regardless of nationality, must conform.

Global concerns over China’s handling of its surging Covid cases are based on uncertainty about how the government is recording and sharing data.

Firstly, Beijing has stated that the scale of the outbreak has become “impossible” to track following the end of mandatory mass testing in December. It has stopped publishing daily infection and death statistics. Instead, the Centre for Disease Control and Prevention will only publish figures once a month. As a result, China has only reported 15 Covid deaths since it began unwinding restrictions on 7 December.

Secondly, localised estimates for infections are providing only a piecemeal picture of China’s Covid surge. For example, officials in the wealthy coastal province Zheijang said “the epidemic is expected to enter a peak plateau in January”. Meanwhile, senior health official Wu Zunyou said that the peak had passed in the cities of Beijing, Chengdu and Tianjin. Leaked notes from a meeting of health officials last month revealed that they believed 250 million people had been infected across China in the first 20 days of December.

However, the EU is working on a co-ordinated response. Al-Jazeera reported on 3 Jan that:

officials from the member states will hold an Integrated Political Crisis Response meeting on Wednesday to see if entry requirements throughout the bloc are necessary for visitors from China.

The Independent reported on 3 January that the UK government may undermine its own measures by only making testing on arrival voluntary.