After clashes with the UK government, MPs urge a new relationship with devolved nations - Canary 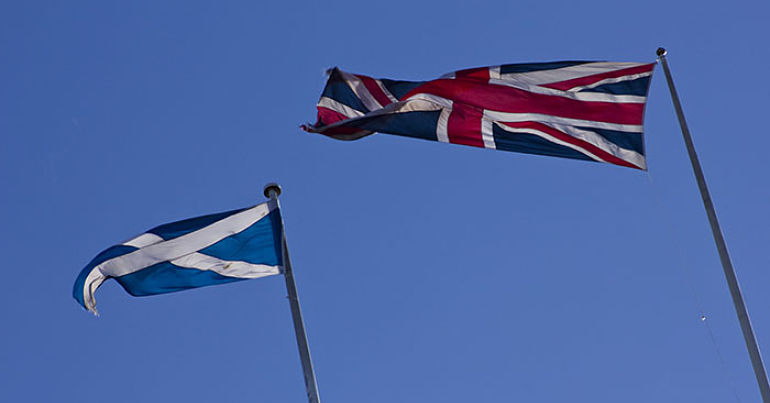 On 31 July, the constitutional affairs committee at Westminster said the UK government “must rethink devolution” because of Brexit. These calls have come after a “series of clashes” between UK ministers and the devolved nations.

The committee chair, Sir Bernard Jenkin, said that Brexit has presented “constitutional questions and ambiguities”, which the government should address. So the cross-party committee proposes a “devolution policy for the union” to clarify these ambiguities.

The devolved nations and Brexit

In July 2017, both the Welsh and Scottish governments wrote a joint statement claiming they would not accept the EU withdrawal bill. However, the Welsh Labour administration voted in favour of passing it in the Senedd in April 2018.

Plaid Cymru opposed the move and, on the day of the vote, party leader Leanne Wood said:

She went on to say Welsh Labour was:

selling Wales down the river

The divergence in positions between the Scottish and UK governments, meanwhile, has led to Holyrood’s Brexit bill being challenged in the Supreme Court. MSPs voted the bill through Holyrood after the Scottish parliament refused to give consent to the UK’s EU withdrawal bill. The SNP administration at Holyrood claims that the powers coming back from Brussels should go to the devolved nations. If not, it would constitute a “naked power grab.”

being treated with contempt by the UK government

The commons report from the constitutional affairs committee recommended abolishing David Mundell’s role as secretary of state for Scotland, and the Scotland office in Whitehall. In response, a “Whitehall insider” hit back, saying [paywall] the Scottish office is “more important than ever.”

The BBC reported that “the UK government says it is committed to devolution and giving a voice to each part of the United Kingdom”, with a government spokesperson saying:

We are committed to securing a deal that works for the entire United Kingdom and have been absolutely clear that when devolved powers are returned from Brussels, the vast majority will go straight to the devolved administrations

But according to [paywall] the Herald Scotland, the report has “bolstered” Nicola Sturgeon’s argument that there is a “power grab” on powers that should be coming back to Holyrood. And it highlights how the UK government had very little consultation with the devolved nations during the EU withdrawal process.