Future PM must guarantee by 2020 no repeat of Grenfell Tower, says Corbyn - The Canary 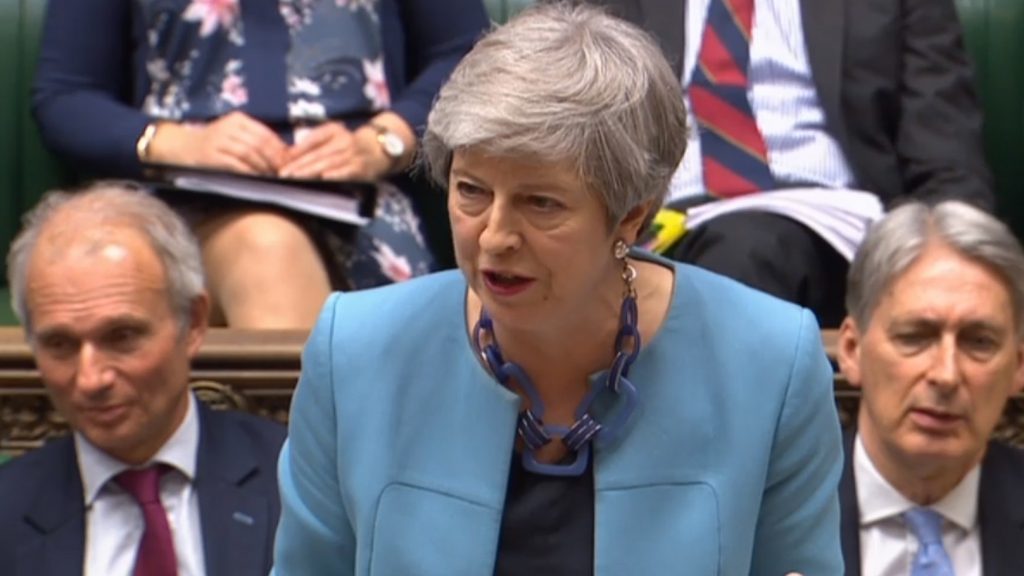 Jeremy Corbyn has challenged Theresa May’s successor to guarantee by 2020 that a repeat of a tragedy like the Grenfell Tower fire will not happen.

The Labour leader criticised the current Government’s response to the June 2017 fire, which left 72 people dead, and claimed 328 high-rise buildings still have the “same Grenfell-style cladding”.

He added 60,000 people are affected across the country, telling MPs they are “worried” and said more than 70 block owners have “no plan in place to get the work done”.

Mr Corbyn urged Mrs May to set a deadline of the end of 2019 for all “dangerous” cladding to be removed and replaced, while also suggesting councils should be allowed to “levy big fines and, where necessary, confiscate blocks” to get the safety work done.

Mrs May said all affected buildings identified in the social sector have been visited by the fire and rescue service to carry out checks and put in place interim safety measures, adding remediation work has started or been completed on more than three-quarters of these buildings.

She added the Government is fully funding the removal of “unsafe” ACM cladding on high-rise social housing.

The PM also noted private sector providers “haven’t been acting quickly enough”, resulting in the Government saying it will be “fully funding” the replacement of cladding on high-rise residential buildings.

She said interim measures are in place “where necessary” on all 163 high-rise private residential buildings with “unsafe” aluminium composite material (ACM) cladding.

Speaking at Prime Minister’s Questions, Mr Corbyn said: “The legacy of this Tory Government is 10,000 firefighter jobs cut since 2010, 40 fire stations closed including 10 in London under the previous mayor (Boris Johnson).

“The Prime Minister claimed action on Grenfell will be part of her legacy but in two long years too little has changed.”

Mr Corbyn said the pain of the Grenfell survivors is “real, palpable and continues”, adding: “A big test for the next prime minister will be to make good the failings of this Government over the past two years.

“So does the Prime Minister believe that by the time of the third anniversary next year, the Government will be able to honestly say to the country with conviction to the Grenfell survivors: ‘Never again.’?”

Mrs May said all 201 Grenfell households have been offered temporary or permanent accommodation, and she believed 194 have accepted the offer and 184 have been able to move in to their accommodation.

She said a public inquiry was established following the fire and a review of building regulations has taken place, with the Government acting on the latter.

Mrs May added: “I expect a future government to act on the results of the public inquiry.”

She said the pain of the Grenfell survivors is “great”, adding: “It will never go away. It is important for us to ensure we provide the support for those survivors into the future.

She said the Government is committed to ensuring the support is provided, adding: “And to ensuring we do everything we can to make sure that a tragedy like Grenfell Tower can never happen again.”