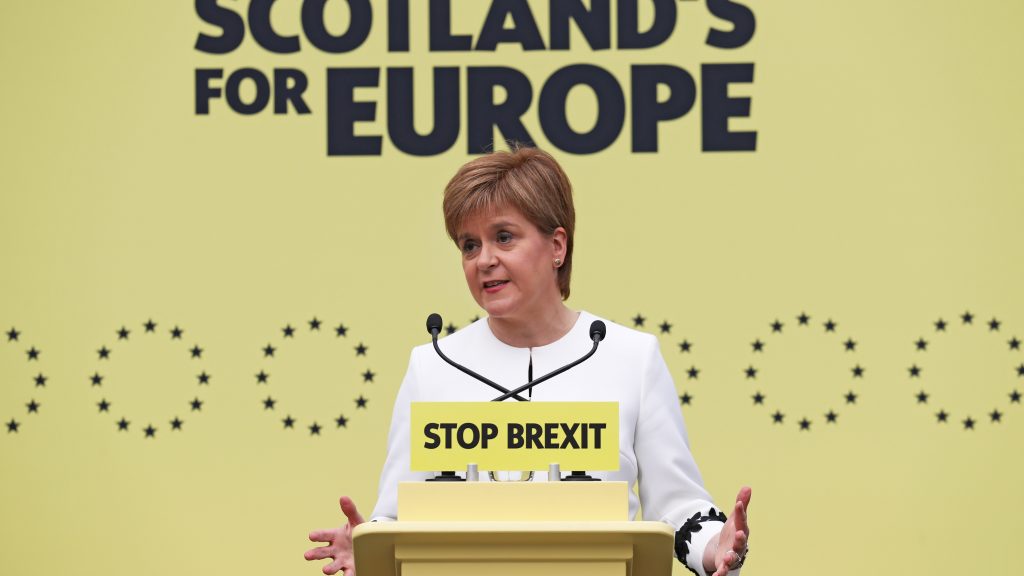 Nicola Sturgeon has urged MPs to put their differences aside and prioritise stopping a no-deal Brexit.

Scotland’s first minister said parliamentarians must this week bring forward legislation to ensure the UK avoids crashing out of the EU without a deal when they return to the House of Commons.

Sturgeon insisted that the SNP would work with others from across the political spectrum in order to do so.

Speaking on the BBC’s Good Morning Scotland programme, Sturgeon said: “I think the House of Commons has to first and foremost this week stand up and stop a no-deal Brexit.

“That has to be the priority. I’m against any form of Brexit, I want to stop Brexit, but in particular a no-deal Brexit I think will be catastrophic for our economy, society, for a long time to come. So that’s the priority this week.

“We’re up against someone who is prepared to subvert and bin the normal rules of democracy in Boris Johnson, and therefore I think MPs have to really come together, put differences aside and find a way of stopping him in his tracks.”

Asked how Brexit could be stopped, the first minister indicated that several options remain available and outlined her support for a general election.

Sturgeon said: “We’ve backed a second EU referendum which gives people the opportunity to stop Brexit in its tracks and reverse that decision that was taken.

“I would also support a general election which would give people the opportunity to do that and of course, I want to give Scotland the opportunity of choosing our own future through independence, through which we can try to fashion a future that has Scotland as part of the EU and the broader international community.

“So the point is there are a number of options to stop Brexit. We have to keep all of those options on the table, but given the severity of the situation we face, the priority this week has to be for MPs to come together to stop the no-deal Brexit which would see the UK crash out at the end of October.”

Responding to comments made by former prime minister Tony Blair that a snap general election could be an “elephant trap”, Sturgeon indicated that people must be able to have their say in the midst of the “constitutional and political emergency” facing the UK.

“I’ve been very clear I want to keep all options on the table,” said Sturgeon.

“That’s why I’ve said, as much as I would like a general election, the priority this week has to be to try to pass some kind of no-deal blocking legislation and we will be, as we have been for the past three years, working with others across the political spectrum to do that.

“The polls in Scotland would suggest that the Conservatives would not do well and I do think that when there is such a constitutional and political emergency, because that’s what the UK is now engulfed in, then I’m not sure it’s a very good idea to argue that people shouldn’t have their say in trying to find the right way forward out of that.”