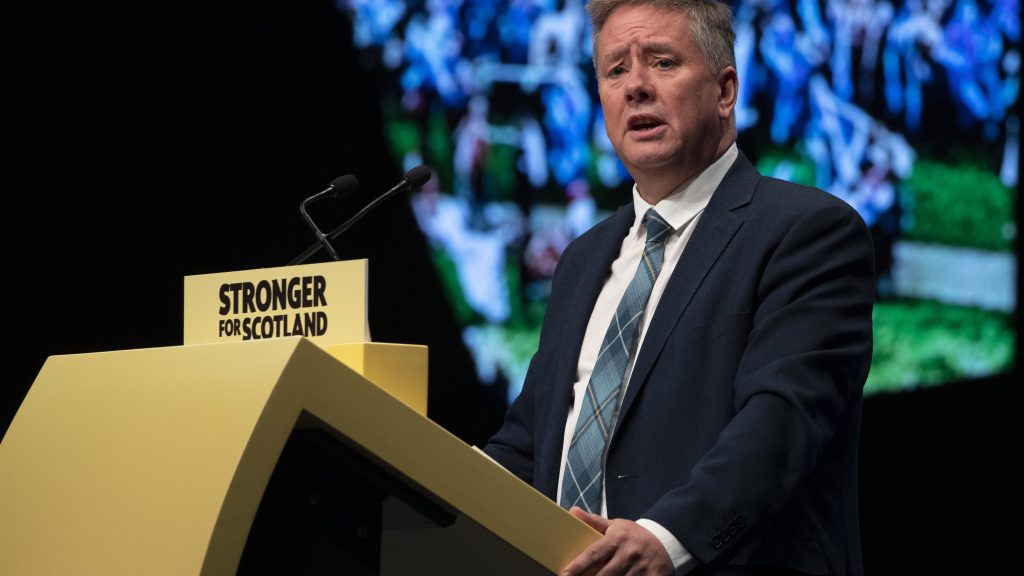 While he said independence supporters were “closer now than we have ever been” to achieving their goal, he warned of the impact it could have if voters had to produce ID when they turn up at polling stations.

In the Queen’s speech on Monday the UK government outlined plans to require people to bring photographic proof of identity with them when they go to cast their ballot.

Brown noted that legislation setting out the rules and regulations for future referendums in Scotland was currently going through Holyrood.

And he told activists at the SNP conference: “I fervently hope that … we do not have voter suppression initiatives being offered by the UK government, we want to have the maximum turnout and eligibility to vote.”

Brown used his speech to insist that the Scottish government was seeking an “agreement” from Westminster over having a second independence vote, not “permission”.

And he also stressed that “Scotland will not accept a Westminster veto on Scotland’s right to choose”.

The UK government has to transfer power to Holyrood for a referendum to be legally binding – with first minister Nicola Sturgeon to ask for a section 30 order to achieve this in a matter of weeks.

“But we also have to be absolutely clear that Scotland will not accept a Westminster veto on Scotland’s right to choose.”

Brexit is convincing some voters who voted to stay in the UK in 2014 to back the SNP and independence, Brown added.

And he told the conference: “I am certain of this – and you can actually tangibly feel it now – that Scotland will soon take its place as an independent country.”

He said: “Scotland is on a journey, a journey that has lasted many, many years, many decades.

“But it is now getting to the most exciting stage ever. It is clear that independence is not only on the horizon, but looming into view.”

This year’s European elections – in which the SNP had its best ever result – saw “some incredible changes taking place”, he claimed.

Brown said: “We saw a real shift, people who had never considered voting for the SNP or independence before now moving across.

“And that is the key thing we have to be aware of. We are on the cusp of moving people that have previously voted No to come across to Yes.”

He said that was because people “felt appalled at the way Brexit was being carried out” and also “felt disgusted very often that their children were going to be denied the opportunities membership of the European Union brings”.