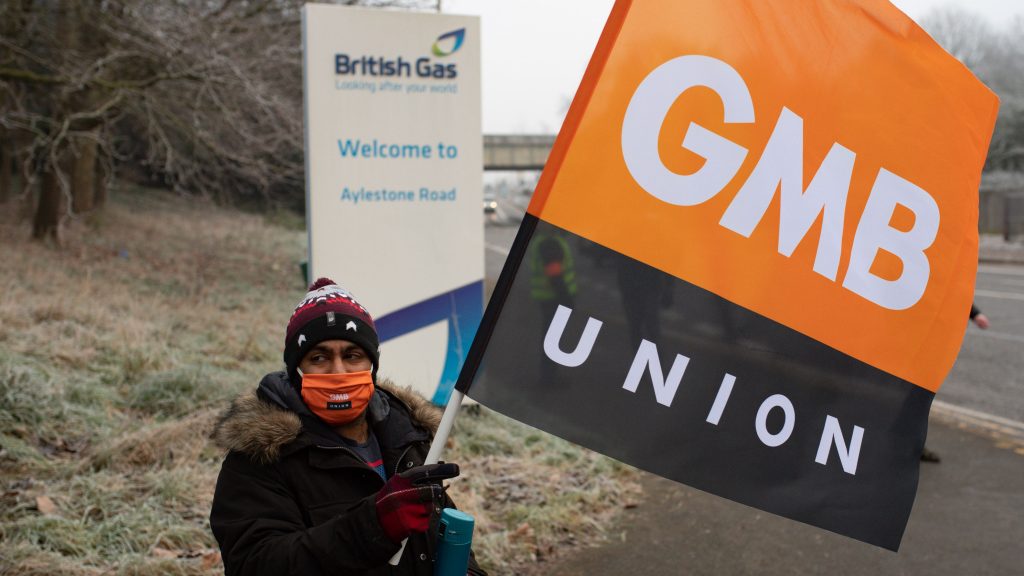 British Gas engineers are said to be solidly supporting a strike from Thursday in a dispute over pay and conditions.

The GMB union said some of its members were mounting socially distanced picket lines across the UK after being “provoked” into taking industrial action.

The walkout will last for five days, with warnings of further stoppages if the row is not resolved.

British Gas owner Centrica said it had contingency plans to deal with the action, and will prioritise vulnerable households and emergencies.

“The months and months of fire and rehire pay cut threats from British Gas chief executive Chris O’Shea have provoked thousands of engineers and call centre staff to strike, the only option left to them by a business that made £901 million operating profit yet still plans to sack them because they won’t accept the scale of cuts it demands.”

The only exceptions to the industrial action will be dealing with emergencies and problems for households with vulnerable people, according to the union.

The strike follows a 9-1 vote in favour of industrial action by members of the GMB, which accused Centrica of planning to cut pay, terms and conditions under moves to “fire and rehire” employees.

A Centrica spokeperson said: “We’ve done everything we can with the GMB to avoid industrial action.

“Whilst we’ve made great progress with our other unions, sadly the GMB leadership seems intent on causing disruption to customers during the coldest weekend of the year, amid a global health crisis and in the middle of a national lockdown.

“We have strong contingency plans in place to ensure we will still be there for customers who really need us, and we’ll prioritise vulnerable households and emergencies.”

Centrica said it had lost too many customers and jobs in recent years, adding it was trying to protect jobs.

“If we are to avoid more job losses and continue, unlike most in the sector, to maintain a highly skilled team of engineers, employed directly by the company, these new terms and conditions are essential.”

“A very significant number of engineers striking will have accepted the new terms already,” it said, adding that four out of five of its workforce had accepted new terms, in which base pay and pensions were protected.

But as Bowden stated:

“British Gas boss Chris O’Shea’s attempts to bully workers into accepting cuts to their pay and terms and conditions has provoked this inevitable outcome – massive disruption to customers in the depths of winter and a stain on the reputation of an historic company and brand.

“GMB is calling on the public to ask why British Gas CEO Mr O’Shea is provoking an engineers’ strike with ‘fire and rehire’ pay cuts, in the depths of winter.

“This is against the backdrop of the company reporting operating profits of £901m in the latest available annual accounts.”