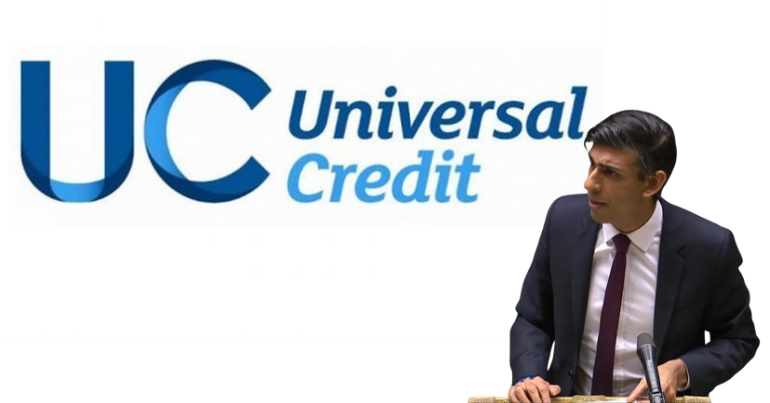 Calls have increased to keep the uplift in Universal Credit, amid predictions of a downturn in living standards during 2021.

According to new research by the Resolution Foundation, removing the uplift could push thousands of households into poverty as the UK continues to deal with the economic effects of coronavirus (Covid-19).

The living standards outlook for 2021 looks bleak at present – but the Government can directly improve it.

Deciding if the £20 a week uplift to Universal Credit should be extended will determine whether millions of households are able to enjoy any sort of living standards recovery next year. And looking further ahead, the decision on whether to keep the UC boost will help define whether this is to be a parliament of ‘levelling up’ living standards, or pushing up poverty.

Estimates say cutting the Universal Credit uplift could cost six million families around £1000 a year. According to the Joseph Rowntree Foundation (JRF), the cut will disproportionately impact disabled people, BAME people, and people on lower incomes.

Along with this, it predicts increasing unemployment and removing the £20 uplift in Universal Credit could cause 1.2 million more people to fall into poverty. This includes 400,000 children.

The foundation forecasts that this could lead to 23% of people in the UK living in relative poverty by 2024-25.

Campaigning to keep the uplift

Calls have been increasing over the past few months to maintain the uplift in Universal Credit. In October, several organisations, including the JRF and End Child Poverty Coalition, urged the chancellor to keep the extra payment:

Today MPs will debate the £20 uplift to #UniversalCredit. If this lifeline is cut as planned, 200,000 more children will be plunged into poverty overnight. After a decade of deprivation, it's only right that the Government #KeepTheLifeline and extend it to legacy benefits. pic.twitter.com/UiFtUscJsW

The uplift began in April 2020, but is currently due to end in spring 2021. So far, Rishi Sunak has not committed to keeping the temporary increase.

Labour is putting pressure on Conservative MPs to support it continuing. Ahead of the debate on 18 January, shadow chancellor Annelise Dodds said:

Today I call on all Conservative MPs to do the right thing and vote with Labour to [cancel the cut] to Universal Credit. After the worst recession of any major economy, the Government should be supporting families through this crisis. Instead it’s hitting them in their pockets.

The economic future of the UK

In November, the Office for Budget Responsibility (OBR) forecasted UK GDP to grow by 5.5% in 2021. However, the economy is not likely to return to pre-pandemic levels until 2022, according to the Bank of England.

In the meantime, the number of UK households receiving Universal Credit has increased, with half a million more families claiming between April and August 2020.

More of these families on benefits are relying on them to make up shortfalls in rent alongside day-to-day living costs than in previous years.

The government has told conservative MPs to abstain from voting this evening in the Universal Credit debate. Despite this, some have pledged to vote with the opposition, with Stephen Crabb, former work and pensions secretary, saying extending the increase is:

the right thing to do.