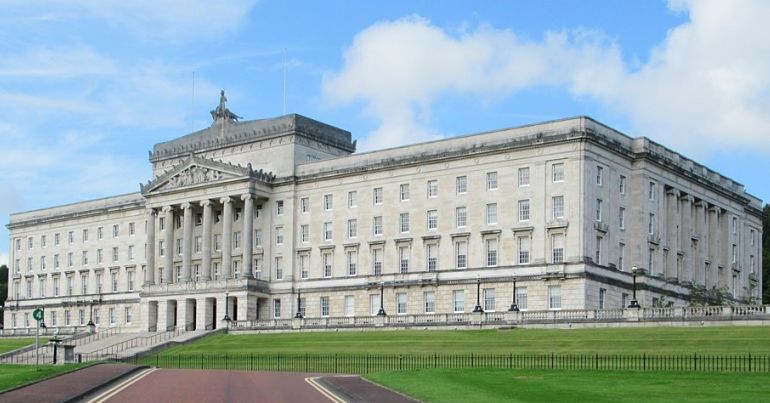 A register of members’ interests for Northern Ireland Assembly MLAs is available online. The purpose of the register is:

to provide information on any financial interest or other registerable interest which might reasonably be thought by others to influence a Member’s actions, speeches or votes in the Assembly, or actions taken in his or her capacity as a Member of the Northern Ireland Assembly.

However, once an MLA becomes a minister, they publish their ministerial interests on a separate register. And that register isn’t available online. According to a Freedom of Information (FOI) response from The Executive Office (TEO), though, that should soon change. Because later this month, the public should be able to view Assembly ministers’ registered interests.

When The Canary contacted TEO about this list in November 2020, a TEO spokesperson said:

Ministers have provided The Executive Office with information on their relevant interests and this is being prepared for publication in the near future.

Then, following the FOI response in February from TEO, The Canary discovered:

In November 2020, The Canary reported on EHA Exploration Ltd’s application for a petroleum licence to drill in Lough Neagh. Anti-drill campaigners opposed this application because:

At that time, a separate campaign group became concerned about a conflict of interest in the planning process. This was because of minister for infrastructure Nichola Mallon’s husband Brendan Scott. In November, Scott, who works for public relations company MW Advocate, was listed on the EHA website as community engagement manager. This has since been removed. Moreover, MW Advocate and EHA share the same Belfast address.

No he does not and my firm has not done any work with EHA since before the restoration of devolution in January 2020. I know this issue has been raised in the last year but there is no conflict here. EHA’s license application was made to the Dept for Economy, not Infrastructure, and was made a number of years ago.

Scott also worked as a parliamentary assistant to MLA Patsy McGlone, an SDLP colleague of Mallon’s. Meanwhile, Mallon has consistently denied any conflict of interest. She has also made it clear she declared this interest, as per the ministerial code.

And while she didn’t declare it on the Assembly’s MLA register, on 30 October 2020, the Department for Infrastructure (DfI) told The Canary:

The Minister has formally declared in the interests of openness and transparency and in line with her responsibilities as Minister, that her husband is employed by a public relations company. This has been recorded in her register of interests. She advised the DFI Permanent Secretary of this immediately following her appointment as Minister and as required, the declaration was forwarded to the then Head of Civil Service for publication. There is no conflict, actual or perceived, with her responsibilities as Infrastructure Minister. The Minister has at all times complied in full with the requirements of the Ministerial Code including those relating to conflict of interest, and will continue to do so.

The FOI response also revealed that TEO didn’t immediately receive the minister’s declaration. Because TEO told The Canary it received an email:

The actual declaration was received in TEO in July 2020

Mallon was appointed on 11 January 2020. In the above statement, DfI told The Canary:

Whereas in actual fact, it wasn’t “immediately following her appointment”. Mallon hadn’t even claimed to complete the declaration until May 2020.

Following weeks of questioning the whereabouts of this list, it should finally go public this month. At that point, people should be able to inspect the registered interest of ministers as well as MLAs.