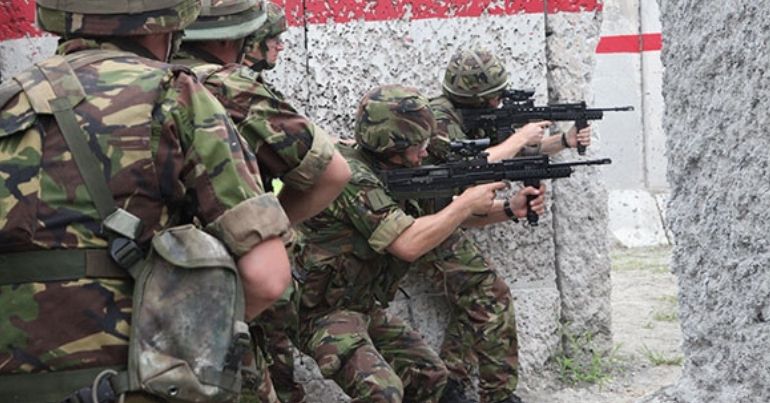 Military accommodation managed by a private firm is in a terrible state and may be damaging retention of personnel. This is according to a report by the National Audit Office (NAO).

Large parts of defence housing are run by the private firm Amey. The firm, which appears to have been running defence accommodation contracts since 2018, has previously been criticised for its work in prisons and child services. Prior to 2018, Amey ran housing in collaboration with another firm, Carillion.

Since February 2020, Amey has reportedly received 6,545 complaints about Single Living Accommodation (SLA). These are the basic rooms for single soldiers, sailors and airmen.

Published on 3 February, the Improving Single Living Accommodation report warns that unless the problem of accommodation standard was fixed, there were serious implications for national defence.

The report warns that:

Satisfaction with SLA has declined. In the 2020 Armed Forces Continuous Attitude Survey (AFCAS), 49% of service personnel living in SLA were satisfied with the overall standard of their accommodation, compared with 58% in 2015. In 2020, 34% of service personnel living in SLA stated that the accommodation provision increased their intention to stay in the Armed Forces and 29% their intention to leave.

Some service personnel report that SLA does not always meet their basic needs. In discussions with 14 groups of service personnel from across the Armed Forces, the NAO found that while some were happy with their accommodation, others cited common problems with basics such as heating and hot water, limited storage space, poor or expensive wi-fi, and a lack of cooking facilities. There is currently no MoD-set ‘reasonable standard’ for SLA, so the MoD’s Commands have nothing against which to evaluate what they are providing or to be the basis for requesting additional funds to improve SLA.

Problems with heating and hot water are not conditions that [members of the armed forces] should have to tolerate. MoD needs to get this right if it is to retain service personnel in the long term.

thousands of members of our armed forces are left living in sub-standard accommodation.

These are the people we ask to go out and fight for our country. The least they should be able to expect is a hot shower and a decent roof over their heads.