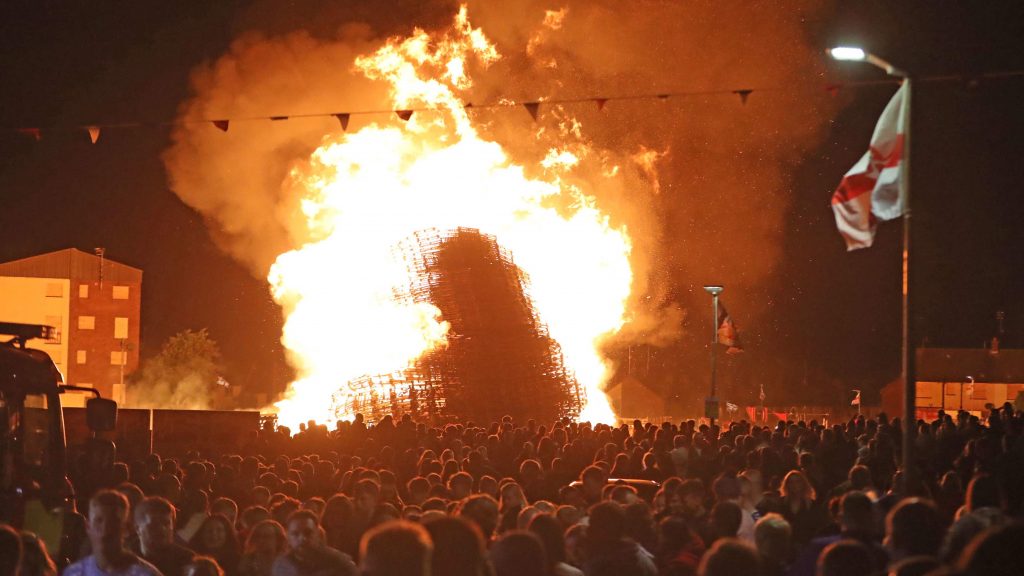 Northern Ireland deputy first minister Michelle O’Neill has appealed for calm amid tensions around the lighting of a loyalist bonfire. It took place near a location where nationalist and unionist areas meet in Belfast.

The bonfire was sited at Adam Street in Tiger’s Bay in the north of the city. O’Neill said it had led to residents in the nearby nationalist New Lodge area living “under siege”.

However, the Police Service of Northern Ireland (PSNI) has decided not to intervene on the bonfire. Two Stormont ministers, Nichola Mallon of the SDLP and Sinn Fein’s Deirdre Hargey, launched proceedings against PSNI due to this decision. The police declined to offer protection to removal contractors, citing concerns that their intervention could lead to disorder.

The ministers’ bid to compel the police to act failed at emergency High Court proceedings on 9 July.

The bonfire is now set to be lit on 11 July. This will be as part of traditional “Eleventh Night” events in the ‘interface’ area, where nationalist and unionist residential neighbourhoods adjoin.

O’Neill told the BBC Sunday Politics show that the two ministers had been “absolutely right” to challenge the police in court. 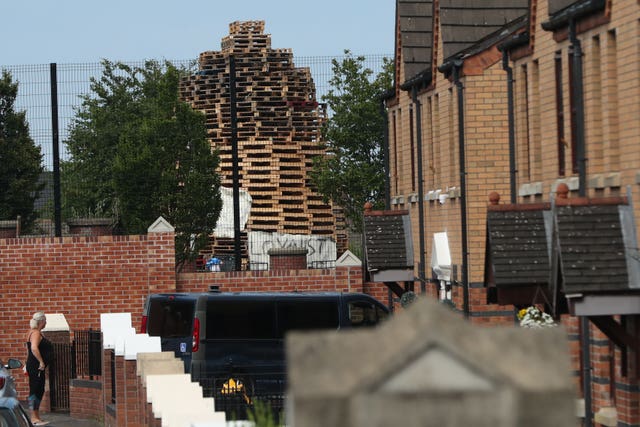 It is disappointing to see the outcome of the court ruling but I do think it was absolutely the right thing to do. Bonfires are illegal, they are bad for the environment and they were trespassing on government-owned land so the ministers have a duty to uphold the law.

Everybody is entitled to celebrate their culture, but this bonfire is on an interface area; that draws all the heightened tension. I met with the residents and they feel under siege, their homes have been attacked and that is not acceptable in this day and age.

Putting a bonfire on an interface area does beg the question is it there only to antagonise?

Responding to reports in the Sunday Times that loyalist paramilitary group the UDA had brought weapons into the area, O’Neill said:

Why is it acceptable to anyone in this day and age that their threat is more dominant than the rights of the citizens that are being attacked in these areas?

The Sinn Fein deputy first minister said all political leaders needed to work to ensure that tensions did not boil over in the coming days. 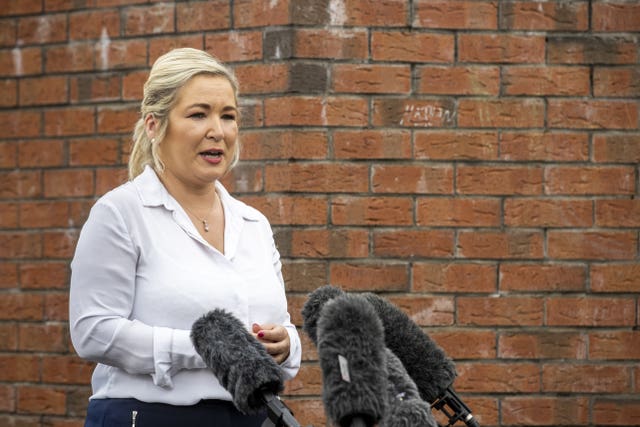 I hope it is a peaceful weekend, I hope it is a calm weekend. All of us in political leadership have a duty to try to ensure that is the case.

I would call on everyone, enjoy your celebrations, do what it is that you do to enjoy your culture but there is no room for attacking people’s homes. I just hope we have a weekend that we are not looking at the scenes we witnessed a number of weeks ago when we saw tensions in interface areas, none of us want to see that.

My message is clear, stay home, don’t be involved in street disorder, that is not where anybody should be.

Unionist political representatives in north Belfast have said that the Tiger’s Bay bonfire is a legitimate expression of their culture. And they’ve accused nationalist politicians of raising tensions in the area. 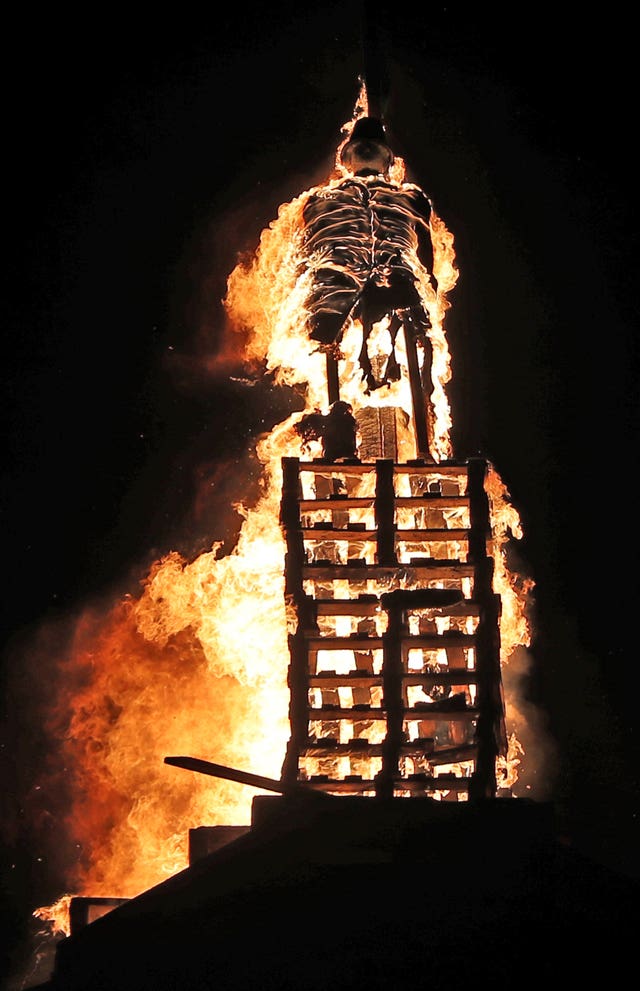 Meanwhile, more than 160 bonfires are expected across the north of Ireland on 11 July.

The “Eleventh Night” bonfires precede the Twelfth of July parades. These will take place on 12 July at 100 locations across the north of Ireland. Parades in 2020 were cancelled due to the coronavirus (Covid-19) pandemic and restrictions on public gatherings.

The Twelfth parades mark the victory of Protestant King William of Orange over Catholic King James II at the Battle of the Boyne, north of Dublin, in 1690. It’s a triumph that secured a Protestant line of succession to the British Crown.