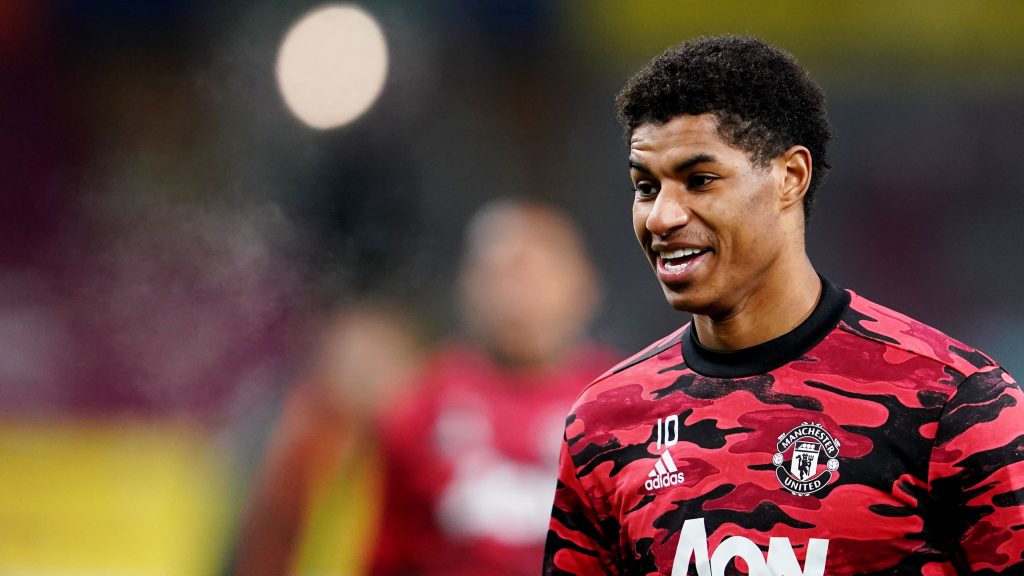 Footballer Marcus Rashford has urged health professionals to help get more families in need signed up to a government-backed food voucher scheme.

The England and Manchester United player said he’s concerned that more than 40% of those eligible for the Healthy Start scheme are still not registered. He said that while thousands more have been benefiting from it after concerted efforts last year it’s possible numbers are now “plateauing”.

In an open letter to health professionals published in the BMJ he said:

Since November 2020, members of the Child Food Poverty Taskforce have used their channels and platforms to communicate about the Healthy Start scheme and to tell people how to access it, with the hope that we will be able to reach the majority of those most in need.

While we have seen 57,000 more parents benefit from the scheme as a result, I’m concerned we are plateauing.

More than 40% of those eligible for the vouchers are still not registered for the scheme, and I’m confident that the majority of these parents can be found in communities just like mine, where I grew up — no internet, no high street, no word of mouth.

Rashford waged a high-profile campaign last year to persuade the government to provide free meals to vulnerable youngsters in England throughout the school holidays during the coronavirus (Covid-19) pandemic, forcing prime minister Boris Johnson into a U-turn.

The 23-year-old has continued to speak out about issues such as child poverty and literacy. He’s backed a number of child food poverty incentives and became the youngest person to top the Sunday Times Giving List by raising £20m in donations from supermarkets for groups tackling the issue.

Could you be eligible for Healthy Start?

You might be missing out on support to provide your children with fresh fruit and veg.🍉🥦

Finding out if you are eligible takes only two minutes:👇 https://t.co/cWspA5VZh3 pic.twitter.com/9PIOYYpYOo

Earlier this year, Rashford launched an initiative with Michelin-starred chef Tom Kerridge, which the footballer said he hoped could help remove the kind of “embarrassment” his mother had felt when using food banks. He described the stigma attached to state-funded programmes such as Healthy Start vouchers as “the most silly thing I’ve ever heard”.

In his letter in the BMJ, he said more awareness is needed to ensure all those who are entitled to be part of the scheme are made aware of their eligibility. He wrote:

Healthcare professionals are in a position to highlight the Healthy Start scheme to eligible parents, and I would very much appreciate it if you would consider collaborating with us on communicating and educating people about the scheme when possible.

Rashford urged healthcare professionals to use an online eligibility calculator to determine who’s entitled to the scheme and ensure people do not miss out. He added:

In conclusion, and not to beat around the bush, we need you.

Every single one of you, to help us reach those most in need in our communities, especially given the planned digitisation of the scheme this autumn, which will disproportionately disadvantage those without easy access to the internet.