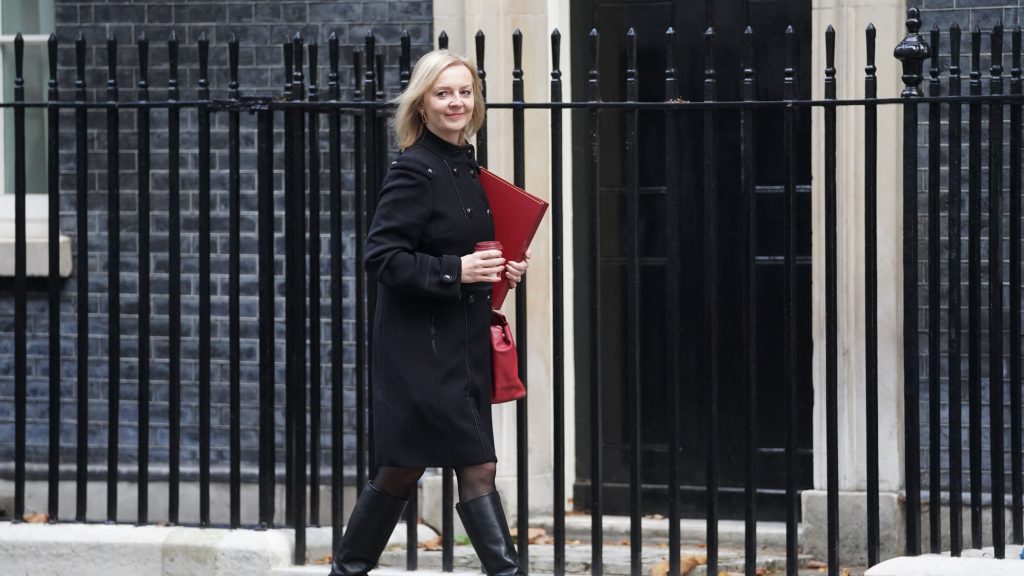 Liz Truss has said the £400m that Britain owes Iran is a “legitimate debt” that the government wants to pay.

The foreign secretary was asked about the amount at a Chatham House event on 8 December, where she set out her foreign policy aims. Truss said the government was going to “work night and day to prevent the Iranian regime from ever getting a nuclear weapon”. But she said they were also working to “resolve the issue” over the debt. It relates to a cancelled order for 1,500 Chieftain tanks dating back to the 1970s. And it’s been linked to the continued detention of Nazanin Zaghari-Ratcliffe and other UK-Iranian dual nationals held in Iran.

We do want to pay this debt, we recognise it’s a legitimate debt.

But of course, there are lots of issues, which I’m sure you are quite well aware of.

She added that she had spoken to her Iranian counterpart, but said of paying back our debts:

It is not simple, for various reasons.

I’m also pressing for the return of our unfairly detained British nationals, including Nazanin.

On 8 December, she said:

This is really the last chance for Iran to sign up, and I strongly urge them to do that, because we are determined to work with our allies to prevent Iran securing nuclear weapons.

So they do need to sign up to the JCPOA agreement. It’s in their interest.

Iran has ramped up its uranium enrichment since the US, under former president Donald Trump’s leadership, withdrew from the landmark nuclear agreement between world powers and Iran in 2018.