Legality, safety, and rationality of 'pushing back' migrant boats questioned by Lords committee - The Canary 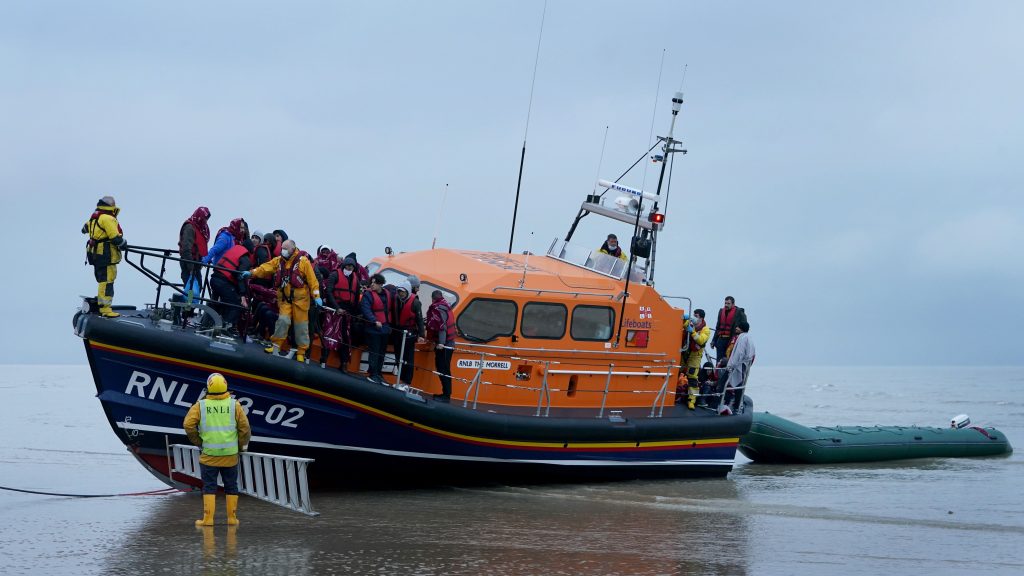 The legality of Priti Patel’s plans to turn back migrant boats at sea has been called into question by peers including senior lawyers and a former judge.

The Lords Justice and Home Affairs Committee has written to the home secretary expressing “concerns” over the legal basis for the so-called ‘pushbacks’. The letter adds to “growing concern both in and outside Parliament” over the policy proposed in a bid to curb Channel crossings, peers said.

It comes as the Nationality and Borders Bill is being considered by MPs in the Commons. It’s at report stage for a second day before it gets a third reading. Patel insisted the plan has a “legal basis” when questioned by the committee in October. That’s despite concerns being repeatedly raised over its legality and effectiveness which prompted campaigners to threaten her with legal action.

The Home Office’s permanent secretary Matthew Rycroft previously conceded that only a “small proportion” of boats could be turned back.

Statements, including from the Home Secretary, are that there is a legal basis for the policy of so-called ‘turnarounds’. We question that.

The so-called ‘turnaround’ policy would force fragile small boats crossing the Channel to turn back. It is hard to imagine a situation in which those in them would not be in increased danger or where captains would not be obliged to render assistance.

Instead, the Home Secretary has set a policy of forcing them to turn around. Even if there is a domestic legal basis, if it were actually implemented, it would almost certainly contravene the UN Convention on the Law of the Sea.

Policing borders should be done in full accordance with the principles of national and international law, and we look forward to full engagement with our questions.

Its letter asks under what powers the tactics could be used as the law stands currently. The letter calls for a response from the Home Office by 5 January. The committee said it “fully” endorses a report published last week by another group of MPs and peers which found the tactic could endanger lives and is likely to breach human rights laws.

The turnaround tactics are “not the solution” and will “do the opposite of what is required to save lives”, the Joint Committee on Human Rights said.

It described the proposed Bill as “littered” with measures which are “simply incompatible” with the UK’s international obligations.