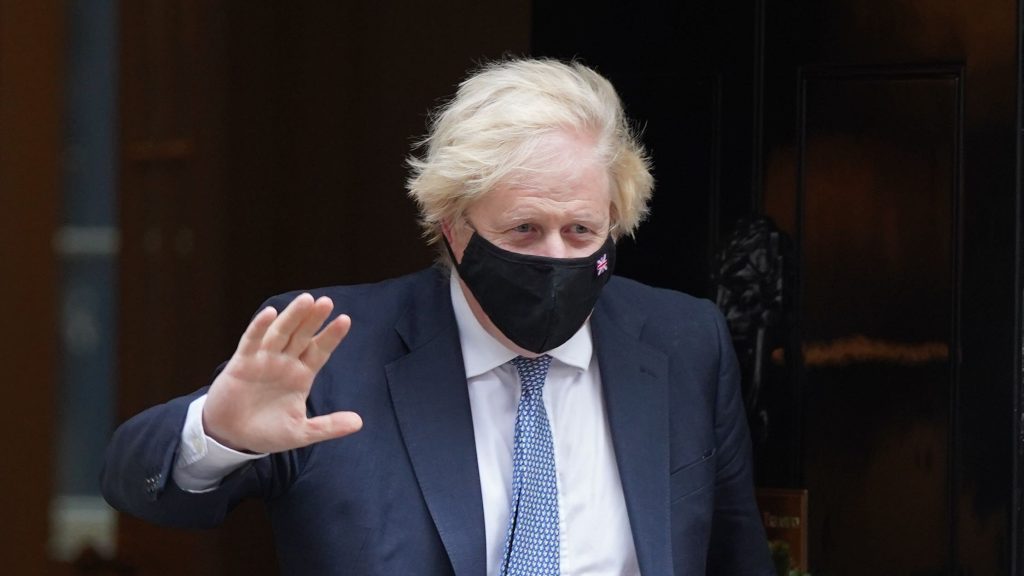 Boris Johnson has ordered an investigation into claims Downing Street staff broke lockdown rules by holding a Christmas party last year. And he told MPs he was “furious” about footage apparently showing aides joking about it. It comes as people continue to question what Johnson did or didn’t know about the alleged party.

Not a single Cabinet Member has gone out onto the media to defend the Prime Minister today – they know the party happened and they know Boris Johnson has been trying to cover it up.

‘No party and no rules broken’

The prime minister apologised “unreservedly” for the offence caused by the footage of his then-spokesperson Allegra Stratton at a mock press conference. But he insisted he had been repeatedly assured “there was no party and that no Covid rules were broken”.

The worst thing about Johnson is that he doesn’t just lie. He takes all his team down with him and they have to lie for him! #whoattendedtheparty https://t.co/jCLsVIt8xF

to establish all the facts and to report back as soon as possible – and it goes without saying that if those rules were broken then there will be disciplinary action for all those involved.

I understand and share the anger up and down the country at seeing No 10 staff seeming to make light of lockdown measures, and I can understand how infuriating it must be to think that people who have been setting the rules have not been following the rules because I was also furious to see that clip.

I apologise unreservedly for the offence that it has caused up and down the country and I apologise for the impression that it gives.

Johnson says he’s asking the Cabinet Secretary to look into whether there was a party. IT WAS IN YOUR HOUSE MATE

The prime minister’s intervention followed a week of official insistence that no party took place on 18 December 2020, when London was under Tier 3 restrictions. The denial came despite reports that staff drank alcohol and exchanged secret Santa gifts.

Anger is really building tonight. This is looking like a very serious crisis indeed for Boris Johnson.

A Tory MP texts, “I’m tired of it. He has to go. Clean sweep. It’s unsustainable.”

Leaked footage from No 10’s £2.6m press briefing room emerged on the night of 7 December which showed former press secretary Stratton laughing as she appeared to rehearse answers to questions over a lockdown-busting Christmas party. The video, which is reported to be from 22 December 2020, refers to a party on “Friday” – which would have been 18 December. This was the same day the Daily Mirror reported that there was a staff party where games were played, food and drinks were served, and revelries went on past midnight.

🚨 If you’re one of those Downing Street staff who Boris Johnson has just thrown under a bus, my DMs are open and my sources are always protected. 🚨

The footage shows Stratton and aides joking about how to respond to questions on the party. Its emergence has fuelled anger on the Tory benches about Johnson’s Number 10 operation.

I always expected Johnson to be toppled by his Party, I just didn’t expect it to be a Christmas one.

Charles Walker, a former vice-chairman of the 1922 Committee of backbench Tory MPs, said the government is likely to now find it “almost impossible” to introduce “very proscriptive” coronavirus (Covid-19) restrictions due to the saga. It comes amid suggestions ministers are considering moving to Plan B measures in England, such as calling for people to work from home and implementing vaccine passports.

I think now that, going forward, any measures will be advisory. I think it would be very difficult to enshrine them in law and then once again ask our poor police forces to enforce them.

I am fuming. My constituents have every right to be angry.

Tory peer and former Conservative Party chairwoman Sayeeda Warsi said all those present at any party should quit.

Watch analysis from @PaulbrandITV and @Peston on News at Ten

I certainly think that those who were doing the video should apologise for the insensitivity of it when people were suffering and struggling all through that time.

In the footage obtained by ITV News, Stratton and adviser Ed Oldfield, along with other aides, were filmed joking about what was at one point described as a “fictional” Downing Street party. Oldfield can be heard asking Stratton:

I’ve just seen reports on Twitter that there was a Downing Street Christmas party on Friday night, do you recognise those reports?

Stratton replied “I went home”, before appearing to consider what the correct answer should be.

During the rehearsal, filmed as part of a subsequently-abandoned plan for Stratton to lead televised press briefings, one aide is heard saying:

It wasn’t a party, it was cheese and wine.

“Is cheese and wine all right? It was a business meeting,” Stratton replied, to laughter in the room.

Stratton then noted “this is recorded”, adding:

This fictional party was a business meeting… and it was not socially distanced.

The Metropolitan Police confirmed officers are reviewing the leaked video in relation to “alleged breaches” of coronavirus regulations.