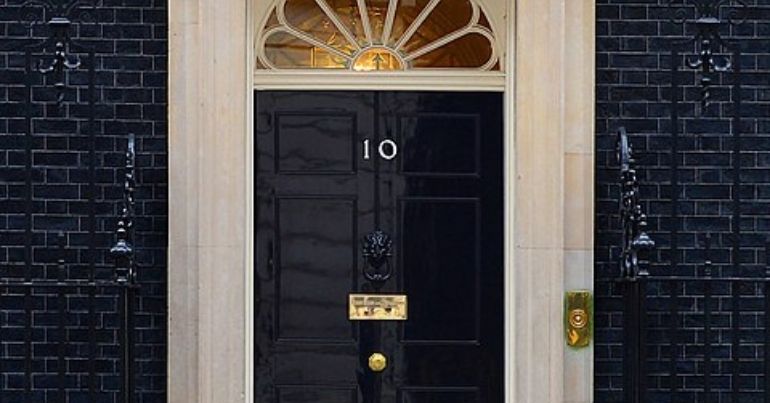 Police won’t investigate the party which allegedly took place at No 10 in December 2020. The lockdown soiree is causing a major headache for Tories because it would have breached coronavirus (Covid-19) rules in place at the time. This was also a time when millions of people sacrificed time with family and were restricted from attending funerals to follow lockdown rules and protect the NHS.

Already senior communications advisor Allegra Stratton has resigned over the row. PM Boris Johnson is also under pressure to go. Yet the police won’t touch it. They say they don’t do retrospective investigations in cases of this kind. And now people are questioning the very concepts of crime and time.

Angry citizens have been airing their concerns on social media. A Twitter user called Foxy got straight to the point. Because, until time travel is invented, all investigations are retrospective:

Another Twitter user, Roger Call, raised more bread and butter concerns in quite a sarcastic and satirical manner:

My plumber tells me that they don't investigate retrospective leaks.😉 pic.twitter.com/YQy6Yrt6Ze

This other contributor responded with a timely meme of Met chief Cressida Dick as a clairvoyant:

This will be their strategy from now on: pic.twitter.com/Ppcb432KTL

Twitter user Hira pondered how frustrating it must be for cops to never be able to investigate crime that has already happened:

the met when they’re 5 seconds late to a crime scene and it’s now retrospective pic.twitter.com/IdAaBmiPpJ

While this Twitter user offered some practical advice: if arrested, just point out that your crime had happened at some point in the past and therefore can’t be investigated:

anyone who gets arrested just say u can’t be charged cos it’s retrospective then????? https://t.co/W70fnhzaxI

Sky‘s Beth Rigby tweeted the Met’s full statement about investigations – or lack of them.

NEW: Statement from the Met. No investigation. ‘Based on the absence of evidence and in line with our policy of not investigating retrospective breaches of regs Met will not commence investigation at this time’ pic.twitter.com/3a4C9W0yqT

Rigby’s tweet is itself slightly ironic. The journalist was taken off air last year for attending a party in breach of coronavirus rules.

The sacrifices people made

As the latest scandal has played out, many people have come forward to talk about the sacrifices they made during the 2020 Christmas lockdown. People like Rosie, who had a child during the restrictions:

My heart is breaking for those who lost loved ones. Reminded of the sacrifices I made in lockdown with a newborn, family not meeting her for 6 months, for my colleagues & our NHS. This is just so awful. pic.twitter.com/iAhnKrabz2

Twitter user Kojo Richmond said that there was no way the breach should go unpunished after what regular people had to endure:

Ok. Boris next, this isn’t done. Full police investigation needed and heads need to roll. People made unimaginable sacrifices to abide by lockdown rules. You don’t get to mock that and get away with it. https://t.co/5Vhr2oy2dj

Rebecca Fewtrell tweeted about her anger at the government. Her 38 year old husband had passed away before Christmas. She and her young child were left to deal with their grief in an isolating lockdown.

Last Christmas was the first since my 3 year old & I lost his daddy and my 38 yo husband.
That, and the lockdown & tier rules were absolutely brutal. I thought I would break. I’m still affected by that isolation.
I didn’t think I could hate this Gov more.
So, so angry!

We know it’s always been one rule for the ruling class and another for us. But never has that fact been as stark as this week amid the new revelations. While Britain suffered, the Tories appear to have flouted the rules they themselves imposed. And that needs to be dealt with.