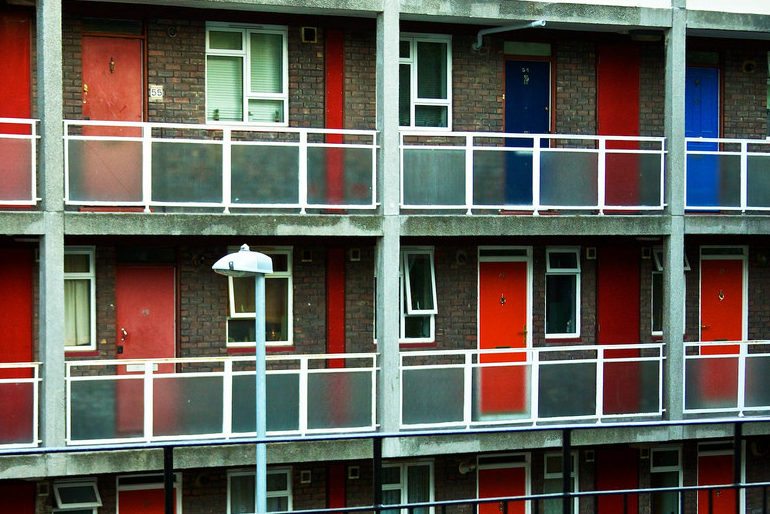 Private sector rental tenants face a “postcode lottery” over the standard of their homes, the chair of a powerful committee which scrutinises government spending has said.

‘Society’s most vulnerable suffer the most’

The comment was made by Meg Hillier, chair of the Public Accounts Committee (PAC), as a report from the National Audit Office (NAO) said regulation in England is not effective in ensuring the sector is consistently fair for renters or that housing is safe and secure.

There are an estimated 4.4 million privately rented households in England – and the system relies heavily on tenants being able to enforce their own rights, the NAO said. While most tenants have a good experience of renting, some can end up suffering serious illness as a result of poor quality housing, financial issues due to overcharging, or even homelessness as a result of poor conduct by landlords and letting agents.

The Department for Levelling Up, Housing and Communities (DLUHC) does not yet have a detailed plan to address the problems that renters face, the NAO added.

Private tenants face a postcode lottery over the standard of their homes, and it’s often society’s most vulnerable who suffer the most.

The department’s approach to regulation has been piecemeal and it’s been hamstrung by a worrying lack of data.

The department needs to bring some order to the chaos and set out a clear vision for the private rental market and ensure that the growing number of tenants whose only prospect of long term housing is in the private rented sector are better supported.

The NAO said privately rented properties are less likely to comply with safety requirements than other types of housing, and are more likely to be classified as non-decent.

An estimated 13% of private rented homes (589,000 properties) have at least one category one hazard – a serious threat to health and safety – with associated costs to the NHS estimated at £340m per year. This compares with 10% of owner-occupied homes and 5% of social housing.

In addition, an estimated 23% of private rented homes are classified as non-decent – meaning they potentially have a hazard of immediate threat to a person’s health, they are not in reasonable state of repair, they are lacking in modern facilities, or they are not effectively insulated or heated.

DLUHC has taken a piecemeal approach – including requiring letting agents to be part of approved redress schemes, a ban on charging letting fees to tenants, and temporary restrictions on evictions during the coronavirus (Covid-19) pandemic, the watchdog said.

But the Department does not yet have a strategy for what it wants the regulation of the sector to look like as a whole, it said.

DLUHC lacks data on key issues where action may be required, such as on harassment, evictions, disrepair that is not being addressed, or on the costs to landlords of complying with obligations, the NAO added. It also has limited data on what tools and approaches are used by local authorities, and therefore cannot meaningfully analyse which are more effective at improving compliance and protecting tenants, the report said.

The system relies heavily on tenants enforcing their own rights and negotiating with landlords directly or going to court, the NAO argued.

In 2018, DLUHC introduced mandatory redress arrangements for letting agency work, but landlords are not required to be members of a redress scheme. Some households also experience discrimination, with an estimated 25% of landlords in England being unwilling to let to non-UK passport holders, and 52% unwilling to let to those on housing benefit, the NAO said.

The department is planning to introduce reforms to the private rented sector and has committed to produce a white paper in 2022.

A “clear strategy” is needed

Gareth Davies, the head of the NAO, said:

The proportion of private renters living in properties that are unsafe or fail the standards for a decent home is concerning. The Government relies on these tenants being able to enforce their own rights, but they face significant barriers to doing so.

The Department for Levelling Up, Housing and Communities should improve the quality of its data and insight into the private rented sector, so that it can oversee the regulation of the sector more effectively. It should develop a clear strategy to meet its aim of providing a better deal for renters.

We support the NAO’s call for a more strategic approach. There is a pressing need for a better evidence base to ensure the system focuses on rooting out criminal and rogue landlords who bring the sector into disrepute.

Too often councils focus much of their time regulating compliant landlords who are easy to find.

We are calling for the development of a meaningful national redress scheme for the sector as part of the Government’s forthcoming white paper on rental reform.

As part of its reforms the Government must require all landlords to register their properties. This would help the Government and councils gather better data about the sector, improve enforcement of the law and give renters better access to redress when things go wrong.

A Department for Levelling Up, Housing and Communities spokesperson said:

We welcome this report. Conditions in the private rented sector are not good enough and we need stronger regulation and reform to ensure everyone has a safe and decent place to live.

We are taking action to raise standards by driving out rogue landlords and strengthening councils’ enforcement powers but we must go further. Our forthcoming white paper will set out comprehensive reforms to create a fairer private rented sector for all.

Councils want all tenants to be able to live in safe and secure, high-quality housing and can play a key role in driving up standards in the private rented sector.

With more powers such as the freedom to establish landlord licensing schemes, councils would be better placed to support a good quality local private rented offer in their communities.

Instead of dragging its feet, the Government needs to prioritise the development of a strategy for protecting tenants’ rights and accelerate work on its promised Renters’ Reform Bill.