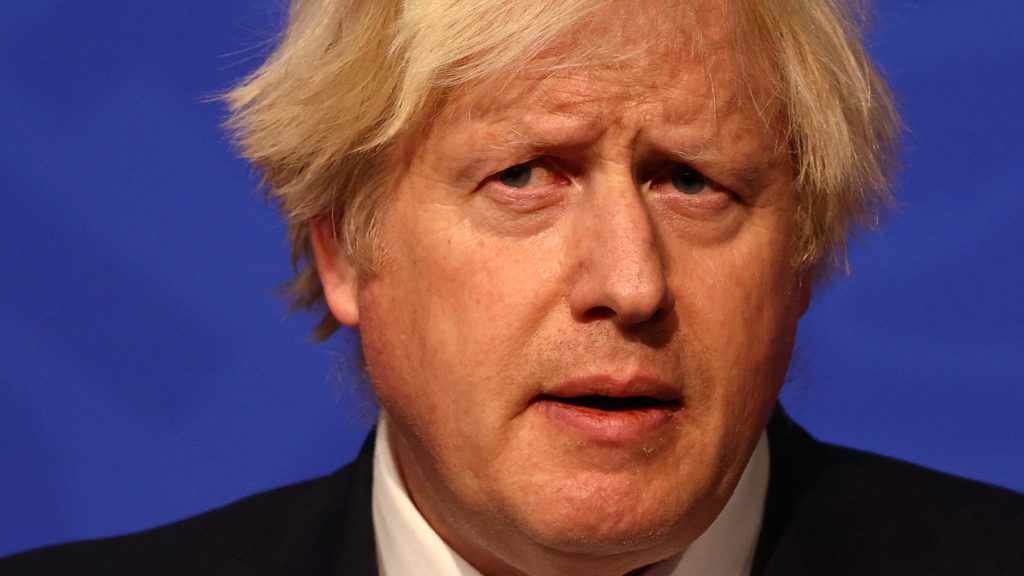 Lord Geidt demanded clarification from No 10 after an Electoral Commission investigation into the refurbishment of Boris Johnson’s flat raised concerns the prime minister may have misled the standards adviser. Downing Street did not deny suggestions Geidt had been angered by the watchdog’s report raising doubts about Johnson’s denial that he knew a Tory peer was behind donations for the works costing more than £112,500.

Labour has called for the ministerial standards adviser to reopen his investigation into the funding of the lavish renovations over “inconsistencies” between his report and a damning ruling from the Electoral Commission.

A senior Conservative tells me he'd be 'astounded' if Lord Geidt chose to remain as the PM's independent advisor on ministers' interests, should Lord Geidt conclude the PM was 'economical with the truth' in his dealings with him

It was understood the thinking inside No 10 was that Geidt would not formally reopen his investigation after his latest discussions with Downing Street officials. The prime minister’s official spokesperson said:

We are liaising with Lord Geidt to answer any further questions he may have but beyond that I wouldn’t get into any private conversations he has with his independent adviser.

He declined to say whether the peer has been provided with the WhatsApp messages between Johnson and donor lord Brownlow that the Electoral Commission saw and which prompted Labour to accuse the prime minister of lying to the adviser.

Deputy Labour leader Angela Rayner wrote to Geidt calling for him to inspect the apparent contradictions between his report from May and the election watchdog’s report from 9 December, which saw the Tories fined £17,800 for not following the law over donations to cover the work in No 11 from Brownlow. Lord Geidt, however, does not have the power to independently open investigations, with the prime minister rejecting calls to hand the adviser that ability.

The pressure comes as Johnson faces an investigation into allegations of Covid rule-breaching parties in Downing Street last Christmas and anger from Tory MPs over fresh coronavirus restrictions.

In a statement, Rayner said:

We now know that in the days before he imposed the 2021 winter lockdown, the Prime Minister went from allegedly hosting an illegal party in Downing Street to asking super-rich Tory donors to secretly fund the luxury refurb of his flat.

Not only has the Conservative Party broken the law, but its Prime Minister has made a mockery of the standards we expect.

If Boris Johnson refuses a fresh investigation, that standard will be lowered significantly – setting the bar woefully low for our country’s public life.

The Electoral Commission’s report raised further questions by discussing evidence that Johnson had sent the Tory peer a WhatsApp message in November 2020 “asking him to authorise further, at that stage unspecified, refurbishment works on the residence”, to which he agreed. This was despite Johnson having told Geidt he had no knowledge of the payments until immediately prior to media reports in February 2021.

Johnson’s official spokesman denied Johnson had lied, insisting he has “acted in accordance with the rules at all times”.

In May Boris Johnson said he didn't find out who paid for the Downing Street refurbishment until February 2021.

But today it's revealed that he asked a super-rich donor for extra cash for the refurbishment in November 2020.

He's a liar, in it only for himself. He should resign.

In its defence, Downing Street said Johnson did not know Brownlow was providing the money to the “blind trust” he was organising.

Lord Geidt must reopen the investigation into the financing of the Prime Ministers flat right now. Either he was misled or he is truly a lapdog not a watchdog. pic.twitter.com/sJ6PTkeQOE

Former adviser Dominic Cummings has commented on the situation – ‘the trolley’ referring to ‘Boris Johnson’:

The 🛒 was told in extremely blunt & unrepeatable terms by me in Jan and summer 2020 that his desire for secret donations to fund wallpaper etc was illegal & unethical. He pursued it throughout the year trying to keep me/others in dark & lied to Geidt/CCHQ to cover it up https://t.co/hyOuQTdvOz

Meanwhile, the Information Commissioner’s Office said it was asking questions after receiving a complaint over the Cabinet Office saying in a response to a Freedom of Information request from the Times that it had no records of any messages exchanged between Johnson and Brownlow. A statement read:

We’ve received a complaint regarding the Cabinet Office’s response to a freedom of information request around the renovation of the Downing Street flat, and will be making inquiries

The Daily Telegraph reported Geidt was on the verge of quitting after the Electoral Commission report was published, in what would be a significant blow to Johnson’s premiership. It would be the second ministerial standards adviser to Johnson to resign amid scandal, after Alex Allan quit in November last year after the PM sided with home secretary Priti Patel when the adviser found she broke the ministerial code with behaviour that amounted to bullying staff.

As reported by The Canary, while Johnson has inflicted numerous scandals upon himself, his government has carried on functioning largely as normal. Sophia Purdy-Moore reported on 9 December that:

Priti Patel’s controversial nationality and borders bill passed its third reading in the House of Commons on 8 December. International and human rights lawyers have called the legality of the draconian legislation into question.

The bill will allow the home secretary to remove a person’s citizenship without warning. Analysis by the New Statesman found that under the new legislation, two in five racially minoritised Britons could become eligible to be deprived of their citizen status without warning. This is compared to just one in 20 people from a white background.

On 8 December, Steve Topple reported for The Canary:

Tory MPs have been recorded groaning and laughing in parliament when a Labour MP was talking about disabled people.