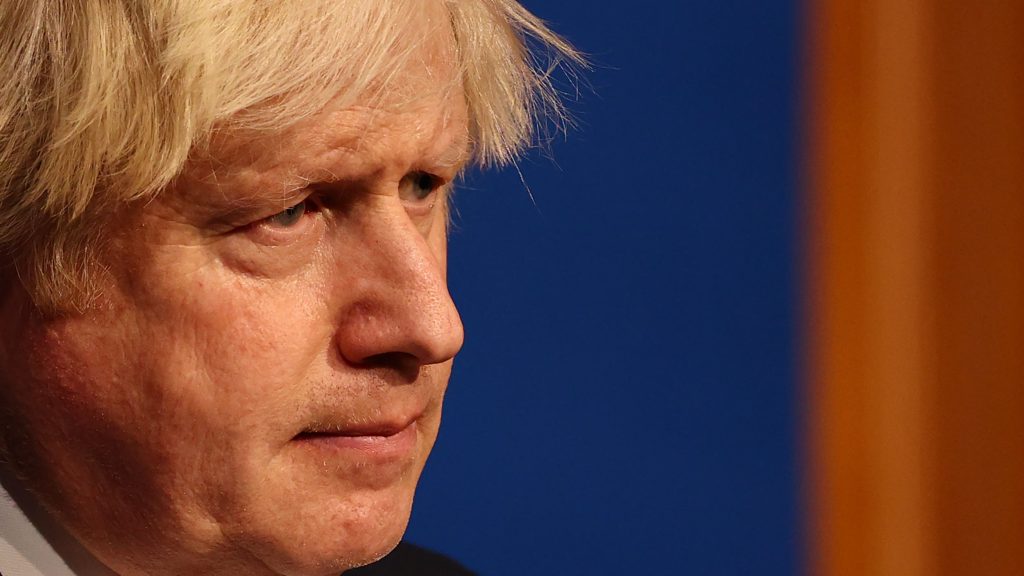 Fresh claims have emerged over an alleged Christmas bash in No 10 as the prime minister remained under intense pressure. The focus on Boris Johnson’s numerous scandals comes as the government rubber stamped what The Canary described as the “racist immigration bill”.

The government's flagship immigration bill has been approved after a heated debate.

A senior Tory MP urged Boris Johnson to “get a grip” on matters following reports that Downing Street’s director of communications made a speech and handed out awards at the event said to have taken place on 18 December 2020. ITV News reported on 9 December that Jack Doyle, who was then deputy director of communications at No 10, addressed up to 50 people at a Christmas gathering said to have been held on that date.

It’s understood that Doyle spoke to the press office to thank them for their work, as he did every week, and presented some awards to mark the team’s efforts. Downing Street refused to comment further than to say a fact-finding review was ongoing. Doyle has been approached for comment.

The S*n tried to ignore the Downing Street Christmas party. It wasn't on their front-page when it led for other papers.

As the new allegations surfaced, a probe into reported Covid-rule busting gatherings in government was branded a “sham” by Labour, while the party’s leader Keir Starmer suggested the PM was not up to the job.

Meanwhile, Johnson faces the prospect of a growing rebellion over new coronavirus (Covid-19) rules to curb the spread of the Omicron variant, as reports suggest more than 30 MPs may vote against the government next week. The prime minister has been fielding criticism from across the political spectrum in light of allegations that rules were flaunted at the heart of government last year.

Johnson announced on 8 December that an internal investigation led by Cabinet secretary Simon Case would look into reports of a staff gathering held in Downing Street just days before Christmas, when London was under Tier 3 restrictions. The probe was subsequently widened to include another festive celebration and a reported staff leaving do.

Brilliant – No 10 declines to say whether Simon Case, the Cabinet Sec who had been tasked by Boris Johnson to investigate the claims about the Downing Street Xmas party – was actually at the party.

Separately, Johnson is facing questions over whether he misled an investigation into donations for refurbishments to his Downing Street flat after the Electoral Commission fined the Tories £17,800. Deputy Labour leader Angela Rayner accused Johnsonof having “lied” to his standards adviser lord Geidt by saying he did not know who was behind the payment, but No 10 insisted Johnson had been honest and followed the rules “at all times”.

How does No 10 square this:

The 🛒 was told in extremely blunt & unrepeatable terms by me in Jan and summer 2020 that his desire for secret donations to fund wallpaper etc was illegal & unethical. He pursued it throughout the year trying to keep me/others in dark & lied to Geidt/CCHQ to cover it up https://t.co/hyOuQTdvOz

“The truth must come out”

Tory MP Geoffrey Clifton-Brown, who is treasurer of the 1922 Committee, said on 9 December that “the truth must come out” about the various allegations levelled at Downing Street. He told BBC’s Newsnight:

The whole parties issue could have been investigated in a day or two, a week or so ago, and the correct version given – whoever it was who organised whatever it is that we don’t know or do know that happened.

And I think now as other commentators have said, the Prime Minister needs to get a grip on all of these matters.

Alongside the alleged 18 December party, Case will include in his review a confirmed gathering at the Department for Education’s (DfE) Whitehall headquarters on 10 December last year, and a reported leaving event for a No 10 aide – allegedly attended by Boris Johnson – on November 27. The terms of reference for the investigation said “where there are credible allegations relating to other gatherings, these may be investigated”.

The two December dates coincide with when mixing between households in London was restricted, with England in a month-long lockdown during November.

Case’s inquiry was ordered by Johnson after a leaked video emerged showing Downing Street aides laughing about a “fictional” party at No 10 in December 2020.

As reported by The Canary, while Johnson has inflicted numerous scandals upon himself, his government has carried on functioning largely as normal. Sophia Purdy-Moore reported on 9 December that:

Priti Patel’s controversial nationality and borders bill passed its third reading in the House of Commons on 8 December. International and human rights lawyers have called the legality of the draconian legislation into question.

The bill will allow the home secretary to remove a person’s citizenship without warning. Analysis by the New Statesman found that under the new legislation, two in five racially minoritised Britons could become eligible to be deprived of their citizen status without warning. This is compared to just one in 20 people from a white background.

On 8 December, Steve Topple reported for The Canary:

Tory MPs have been recorded groaning and laughing in parliament when a Labour MP was talking about disabled people.