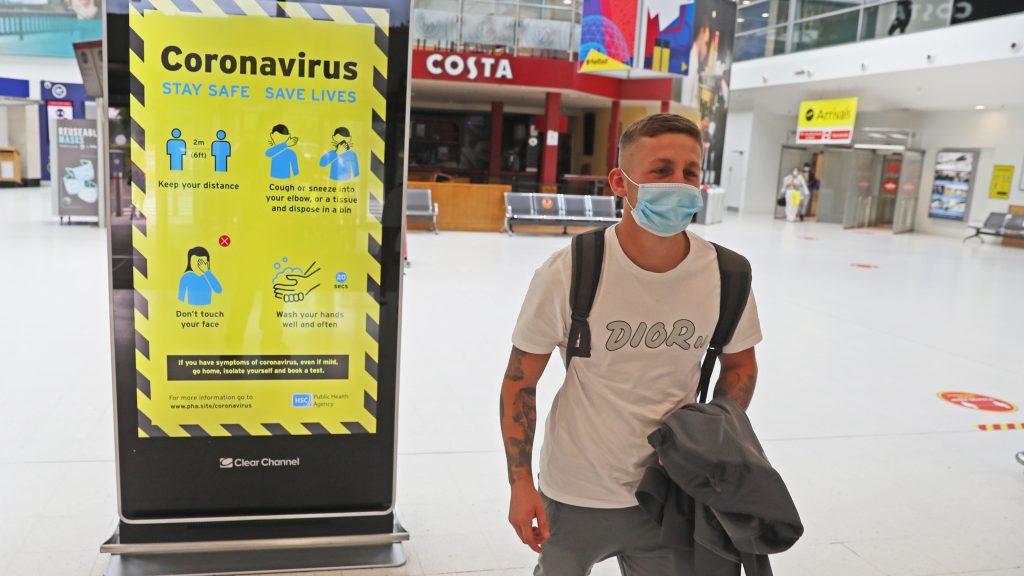 Germany is tightening restrictions on travel from the UK in an attempt to curb the spread of the Omicron variant, the country’s public health authority said on 18 December. France has imposed similar restrictions.

The latest twist in the Plague Island story…https://t.co/tdvmB8fOEK

The sick man of Europe

From midnight on Sunday 19 December – or 11pm UK time – carriers such as airlines are banned from transporting British tourists to Germany. Only German citizens and residents, their partners and children, and transit passengers will be allowed to travel to the country from the UK.

Anyone entering Germany from Britain will need a negative PCR test and is required to quarantine for 14 days, regardless of vaccination status. The Robert-Koch-Institut announced the new rules as it classified the UK as a virus variant area of concern, the highest Covid risk level.

It said the restrictions could last until at least 3 January.

It comes amid mounting concerns over the soaring rates of coronavirus (Covid-19) driven by the spread of Omicron variant in the UK. France has imposed similar restrictions, which came into force at 11pm on Friday 17 December.

A rush of passengers travelling to France to beat the country’s ban on UK tourists led to a knock-on effect on freight traffic, resulting in long queues of lorries. There were lengthy tailbacks on the M20 motorway in Kent heading to Dover and at the entrance to the Channel Tunnel on 18 December.

It followed queues at the Port of Dover a day earlier after many people brought their Christmas travel plans forward to avoid the new rules.

A spokesperson for Eurotunnel said:

Congestion in Dover overnight and on the A20 into Dover this morning has led to a transfer of freight traffic to Eurotunnel. There is currently slow-moving traffic on the approach to J11A (Eurotunnel exit) on M20, but freight is flowing through the tunnel at normal rates and so this will disappear in the coming hours.

She said all passengers who wanted to get to France through the Channel Tunnel before the deadline had been able to do so.

Under the new rules brought in due to the spread of the Omicron coronavirus variant, UK citizens now need a “compelling reason” to enter France, with trips for tourism or business banned.

Hauliers, transport workers, and French nationals are exempt from the new rules.