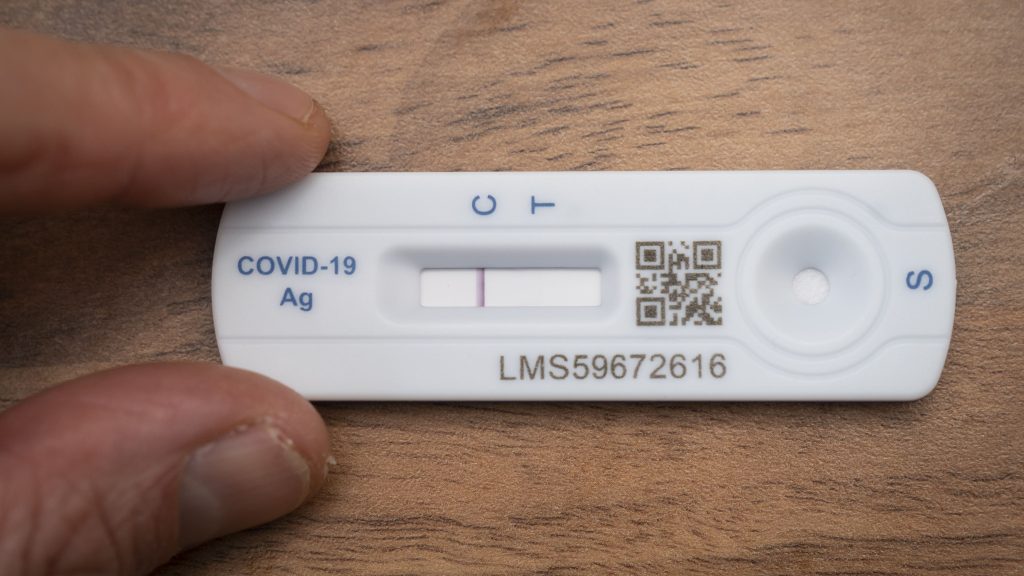 Lateral flow tests will remain free, education secretary Nadhim Zahawi has insisted. It comes amid criticism over suggestions that tests could be scaled back despite soaring coronavirus (Covid-19) cases.

The cabinet minister said he’s “puzzled” by a report suggesting that their universal availability could be axed as they are limited to high-risk settings and for people with symptoms.

The Sunday Times reported that prime minister Boris Johnson would make the announcement within weeks. And the NHS Test and Trace system could also be scaled back. People have reacted with shock at the news given the skyrocketing number of daily confirmed coronavirus cases in the UK.

Scotland first minister Nicola Sturgeon warned the move would be “utterly wrongheaded”. Meanwhile Labour said it would be the “wrong decision at the wrong time” while cases are so high.

If UK government is really considering this (@scotgov⁩ certainly not signed up to it) it is utterly wrongheaded. Hard to imagine much that would be less helpful to trying to ‘live with’ Covid. https://t.co/CR72sm5bUI

I saw that story this morning, which I was slightly puzzled by because I don’t recognise it at all. This is absolutely not where we are at.

For January alone 425 million lateral flow tests (are) coming in and they will continue to be available for free.

Asked whether there are plans to stop lateral flow tests being free, he said: “Absolutely not”.

Rapid tests were made available to everyone in England, crucially including those without symptoms, in April.

They have been seen as a key way of suppressing the virus and have given confidence to people to safely mix with loved ones, particularly around Christmas. But the Sunday Times report suggested there are concerns in Whitehall over their cost.

But the report surfaced as the government seized on suggestions from scientists that the emergence of the seemingly less deadly Omicron strain is a step towards the virus becoming endemic, or regularly occurring, but easier to live with.

Nadhim Zahawi says #COVID19 is transitioning to endemic so self-isolation can be reduced. With hospital admissions near 20k and deaths 173k (ONS) how can Zahawi downplay the severity of the virus? Drip, drip, drip go the reckless messages of "optimism"https://t.co/V0aRWkREud

Zahawi expressed support for reducing the isolation period from seven days to five in order to reduce staffing pressures on the NHS and businesses. However, he did not acknowledge the underfunding and lack of appropriate training bursaries and pay rises which have been instrumental in causing staff shortages.

I hope we will be one of the first major economies to demonstrate to the world how you transition from pandemic to endemic, and then deal with this however long it remains with us, whether that’s five, six, seven, 10 years.

While it’s possible to put mitigations in place to try and ‘live with’ the virus more safely, of course the government is nowhere near that stage:

Zahawi’s comments came after the number of people to have died in the UK within 28 days of a positive Covid test passed 150,000.

The country is the seventh to pass the milestone for officially recorded deaths, following the US, Brazil, India, Russia, Mexico and Peru.

“The pandemic is changing to endemic and no longer causing a crisis” – Nadhim Zahawi pic.twitter.com/b6rgDuYdxo

Tory MP Nadhim Zahawi: “I’m certain we’re on a path to transitioning from pandemic to endemic.”

How we doing that then?

Some also pointed out that the pandemic can’t be overcome without supporting global efforts:

When are you vaccinating the other half of the world?#bbcsun #sundaymorning

Sturgeon questioned how the move in Westminster would affect funding for the “vital” tests in Scotland, adding: “Hard to imagine much that would be less helpful to trying to ‘live with’ Covid.”