Assange: judge issues extradition order to be approved by Patel 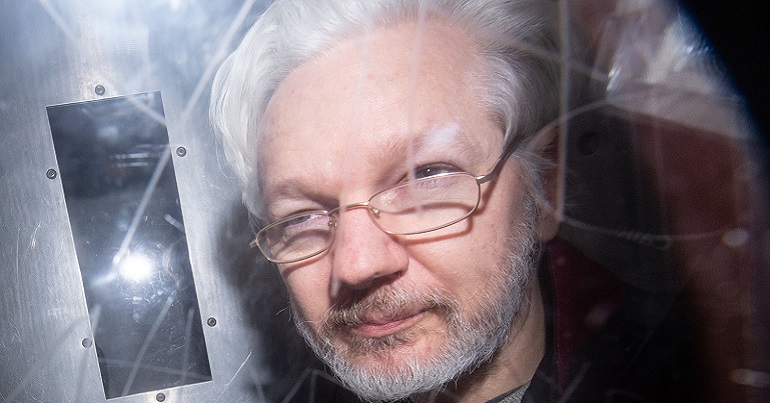 A UK court has issued an extradition order to the US for Julian Assange. It will now be sent to UK home secretary Priti Patel to be approved. Amnesty has said the move leaves “journalists around the world looking over their shoulders”.

As PA reported, WikiLeaks founder Julian Assange’s extradition to the US has edged a step closer after magistrates formally issued an order paving the way for him to face espionage charges. Patel will now be responsible for deciding whether to approve the extradition after a protracted legal battle. The order was issued by chief magistrate Paul Goldspring during a seven-minute hearing at Westminster Magistrates’ Court on Wednesday 20 April. Mr Goldspring said:

In layman’s terms, I am duty bound to send your case to the secretary of state for a decision.

PA noted that Assange, 50, was not present in court physically. He watched the administrative proceedings by video link. His wife Stella was in the court’s public gallery. Supporters and human rights organisations have already spoken out about the extradition order.

Journalists: looking over their shoulders

If… Assange is extradited to the US journalists around the world will have to look over their shoulders if they are publishing information that is detrimental to US interests.

However, this is not the end of the story. As The Canary previously reported, Assange can appeal the extradition before the Supreme Court. But as Reporters Without Borders’ (RSF) Rebecca Vincent noted:

Assange cannot further appeal until the extradition order is signed. He is to remain held on remand.

PA reported that if he is extradited, the US state could imprison Assange for up to 175 years. Authorities there want him for an alleged conspiracy to obtain and disclose national defence information following WikiLeaks’ publication of hundreds of thousands of leaked documents relating to the Afghanistan and Iraq wars.

His legal team claimed that the publication of classified documents exposed US wrongdoing, and were in the public interest. Moreover, Assange’s physical and mental health is already bad. As The Canary‘s Tom Coburg previously said:

Assange’s only ‘crime’ is exposing details of war crimes and illegal acts committed by the US government.

Now, his fate not only lies with Patel but also the Supreme Court. Once more, Assange and his supporters must play the waiting game.