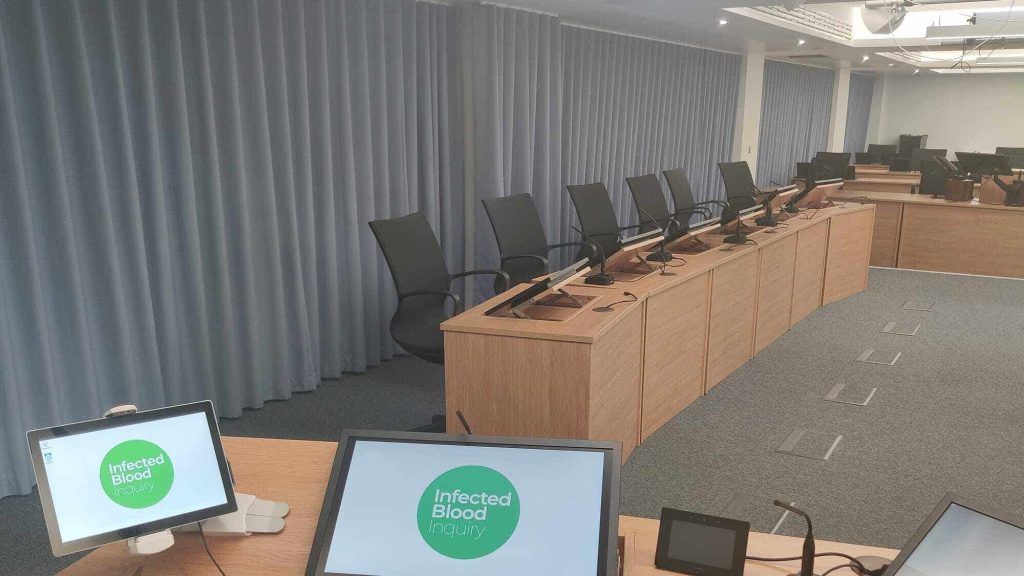 A former junior health minister has agreed the Government was wrong in the 1980s to underplay the risk of Aids to those affected by the infected blood scandal, an inquiry has heard.

Lord John Patten, a former Parliamentary under-secretary in the Department of Health between 1983 and 1985, told the Infected Blood Inquiry a leaflet to discourage people who were at high risk of contracting Aids from donating blood should have been distributed “faster”.

The inquiry is examining how thousands of patients were infected with HIV and hepatitis C through contaminated blood products in the 1970s and 1980s.

About 2,400 people died in what has been labelled the worst treatment disaster in the history of the NHS.

A large amount of the infected products were imported from overseas, such as the US, after the UK failed to meet demand from patients, particularly from those with the blood-clotting condition haemophilia.

On Friday, Patten said he had expressed an interest in dealing with Aids in 1983 amid increasing “public concern”.

Do you think that someone within the department should have been proactively asking whether there were steps that might be taken to reduce the risk to haemophiliacs?

That’s an entirely reasonable question and without blaming anyone in the civil service, or the Department of Health, I suppose it causes at least one raised eyebrow.

Now you ask me that question and I hadn’t asked myself that question that maybe people should have been putting up advice to ministers to say we should do something about it and indeed perhaps I should have thought that.

But there is no documentation I think which helps me in saying who should or shouldn’t have done this.

But I accept responsibility for anything that wasn’t done.

Ms Richards also asked if it was “wrong ” for the Government “to suggest that the risk of Aids to haemophiliacs was “very small”.

The inquiry heard he pushed to get an information leaflet to blood donors about Aids published “as soon as possible” in August of that year.

It said that people should not donate blood if they think they have Aids.

He wrote at the time:

We need to do something, and for it to be known that we have done something, in case the worst does happen.

Asked if the language in the leaflet was too cautious, Lord Patten replied:

I must say on behalf of long ago, civil servants, particularly at this stage in the development of science and the low levels of testing that there had been, that I can see and empathise with them being tentative to a certain extent because they didn’t want ministers in particular to go around causing alarm which might not turn out to be justified.

So I can understand the intellectual policy forming context that those words were used.

I suspect turning the clock on, which we can’t do, another six months of a year they would not have phrased it in that way because by that stage there was much more information and we were more clear.

Richards also asked if it took too long to publish the leaflet by the time it was issued in September.

There’s always this very difficult judgment to make, particularly retrospectively between time reasonably taken and where that slides across into delay, which is a sort of judgmental world at that stage that there was a delay.

I certainly think and believe that we could have got on with it faster.

The inquiry then heard about the Government’s line in 1983 that there was “no conclusive proof’” of Aids being transmitted through blood.

Asked if this downplayed the risk, Patten said:

Changing those words to ‘it is certain that’, I don’t think retrospectively at that particular moment it was certain because I don’t think the evidence was there.

He also spoke of how junior ministers “are quite often told what they have got to say and accept that”.

A letter sent to the Department of Health dated May 9 1983, before Patten was in his role, was also shown to the inquiry, which warned of the dangers of blood products.

Asked if ministers should have been warned about the material, he responded:

If I saw it I think I would have probably pressed the panic button because the information given at that time was a broad range of knowledge of what was happening.