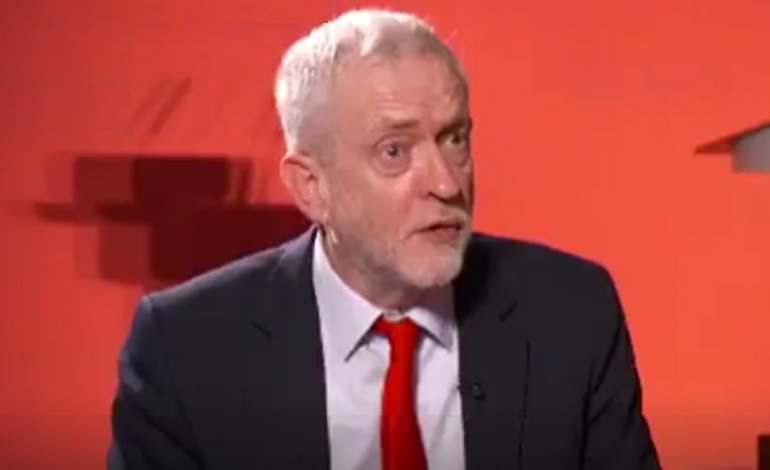 On Tuesday 4 April, Jeremy Corbyn left an ITV News journalist stunned during an angry exchange. The Labour leader reacted angrily to a question about his leadership. And it prompted him to launch a scathing criticism of the mainstream media.

Corbyn’s interview with ITV Political Correspondent Paul Brand was on the channel’s Evening News bulletin. When Brand asked him “wouldn’t it be an idea to step aside” as leader, Corbyn didn’t hold back:

When Jeremy Corbyn's had enough of your BS… Go on, Jezza! pic.twitter.com/Wkgqq7EKFx

And evidence backs up Corbyn’s claims about the mainstream media’s failure to report on Labour under his leadership.

The New Statesman conducted analysis into the broadcasting of the EU referendum campaign. The main evening bulletins on Channel 5 (5pm), Channel 4 (7pm), the BBC, ITV, and Sky News (10pm) were analysed. And the findings showed that a huge 71.2% of political sources were from the Conservative Party, compared to just 18.4% from Labour. But while this study just concerned the EU vote, other analysis shows the broader bias against Corbyn.

A report published in 2016 by the London School of Economics and Political Science claimed the press had turned into an “attack dog” against Corbyn. It said 57% of articles in the press were critical of Corbyn; 74% distorted his views, and 56% did not give the Labour leader a voice at all.

But Corbyn is not the only senior Labour figure to have called out the mainstream media for its bias.

In an interview with The Guardian, Shadow Chancellor John McDonnell said the Labour leadership had been in a “360 degree struggle to survive” against a biased media and anti-Corbyn briefings by senior Labour figures. He said:

The various elements that have been coming at us, both in terms of the media, the briefings against us…

And McDonnell even swung for The Guardian:

The Guardian became part of the New Labour establishment and, as a result of that, you feel dispossessed because your people are no longer in power.

Are Corbyn and McDonnell right to attack the mainstream media? While the bias of the so-called ‘free’ UK press is obvious, and probably infuriating to the Labour leadership, will it come across as ‘sour grapes’ to the public?

Well people’s trust in the mainstream media has fallen by its sharpest ever levels, from 36% in 2016 to 24% this year. And only 25% of Britons think journalists tell the truth. So Corbyn may be angry. And the mainstream press will probably mock him for it. But it may well resonate with an awakening public.