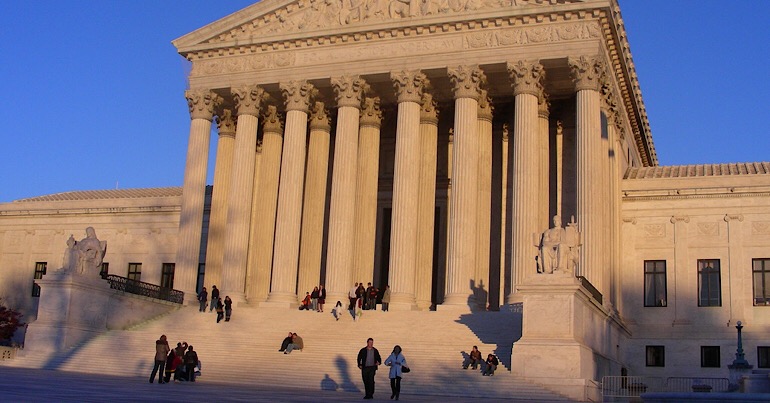 US politicians continue to plot power grabs. But now, the Supreme Court is hearing from angry voters on the issue, and could make a real difference.

The chance for a sea change

The Supreme Court will weigh in on partisan redistricting for the second time this term. This time, the case comes from a state where Democrats hold the edge.

The plaintiffs in the case, seven Republican voters in Maryland, say Democratic politicians violated their their First Amendment rights by targeting them for removal from their district based on their votes (free expression) in prior elections.

Let’s set an example for Washington and the rest of the nation and show that partisan gerrymandering has no place in our democracy. Enough is enough; all Marylanders deserve to have their voices heard and their votes counted.https://t.co/V8BNEyfqWR

The Maryland case differs from one the court heard five months ago. In that case, Democratic voters in Wisconsin said an entire state plan violated their rights under the Equal Protection Clause of the 14th Amendment.

The two cases offer the chance for a sea change in US politics. The Supreme Court has never ruled on the issue of partisan map drawing — so-called ‘gerrymandering’ — leaving the matter to politicians. But a recent string of partisan maps have made the issue hard to ignore.

Pennsylvania’s high court struck down its state’s maps this year. Meanwhile, Republicans targeted state legislative seats in 2010 in order to rig the system on a national scale.

A recent poll suggests voters would support the justices if they struck down partisan maps.

The poll found that voters of both major parties and independents oppose partisan map drawing. Roughly two thirds of Republicans and independents and 80% of Democrats want the Supreme Court to set clear rules limiting party bias in district maps.

Nearly three out of four voters said they wanted districts drawn without party bias. That figure held even if it meant their favored party wouldn’t win as many seats.

Partisanship on the rise, but some states offer solutions

Even as fights between the main parties boil over nationwide, some states have already moved to independent map drawing.

California’s rules offer a test case in how democracy can work when voters pick their politicians, rather than the other way around. Voters there took state legislative and congressional maps out of the hands of politicians in 2008 and 2010 with ballot measures. State maps now fall to a panel of five Democrats, five Republicans and four people from neither major party. Majorities of all three groups must approve any changes to California’s maps.

California is not alone. In thirteen states, a bipartisan or non-partisan panel draws maps. Iowa uses non-partisan legislative staff to draw its maps.

The Supreme Court should step in to save democracy

Voters — not rigged maps designed to ensure one party’s dominance — should determine the outcome of elections. It’s time for the Supreme Court to rein in partisan gerrymandering and restore power to the people. My op-ed with @thetrevorpotter: https://t.co/X5w25i2hiN

In an age of rising partisanship, and with ever greater numbers of US citizens calling themselves independents, political power grabs from both major parties must give way to nonpartisan redistricting.

Voters are demanding reform. And the Supreme Court should step in to save democracy from partisan hacks.