Supermarkets are ignoring animal suffering, but it's going to cost them big time - Canary 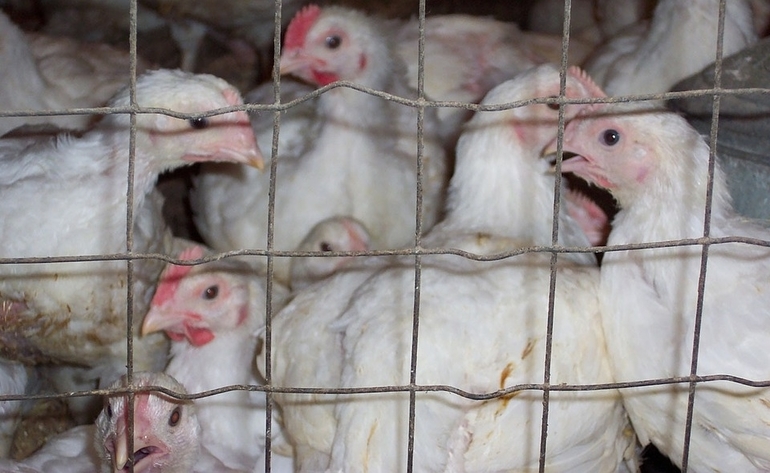 Dr John Lever, a senior lecturer at Huddersfield University, claims that supermarkets only pay ‘lip service’ to animal welfare. He says animal welfare is “unfocused and separate” from the business agenda of global food companies. And he believes that these companies use animal welfare simply for brand awareness and PR.

Supermarkets may not be taking animal suffering seriously. But here’s why they should.

Lever believes that supermarkets are shooting themselves in the foot by ignoring the welfare of animals raised for meat, eggs and dairy. He said:

There is mounting evidence that improvements in farm animal [welfare] can be linked to the three pillars of sustainable development – environment, society and economy.

In a chapter he co-wrote for a new book, Stages of Corporate Responsibility, he argues that big retailers won’t be able to sell as much food if they continue to damage the environment and hinder social and economic development.

A 2014 conference in Italy titled Animal welfare: The Pleasure of Respecting Rights highlighted the central role that animal welfare plays in sustainable development.

Supermarkets have form for misleading consumers when it comes to food. For example, Tesco launched a range of products named after farms that don’t exist. Supermarkets also sell meat with misleading labels [paywall] that suggest animals were reared outdoors. But they most likely spent their entire lives confined inside a factory farm. Images of idyllic country scenes with animals roaming free do not match the harsh reality of the situation.

Many big retailers and food companies also like to promote ethical standards through ‘free-range’ and ‘organic’ labels. But this is also somewhat misleading. Free-range eggs do not mean that no animals have suffered. Male chicks, unable to lay eggs and therefore without ‘value’, get gassed or ground to death. This happens with organic and free-range eggs, as well as those from caged battery hens. And under free-range and organic standards, farmers can still dehorn and debeak animals and castrate them without the use of an anaesthetic.

Supermarkets are playing a dangerous game by misleading the public and paying lip service to higher standards. But as Lever notes, they’re not doing themselves any favours. Faking corporate social responsibility means business will suffer. Not just because angry customers might refuse to buy their products in the future. But because a damaged environment will make it a challenge to keep food production going.