As journalists catch Trump out, his deputy assistant hits back at the BBC [VIDEOS] - Canary 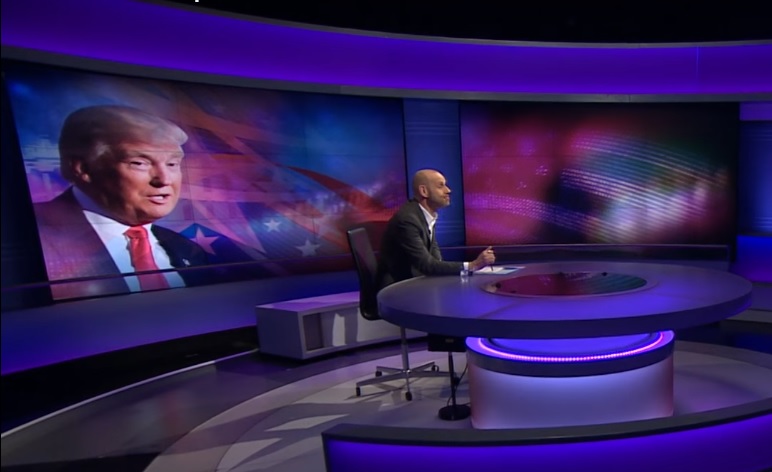 On 16 February, Donald Trump held what The Washington Post called a “combative, grievance-filled” press conference. In it, he argued that his apparently chaotic administration was in reality a “fine-tuned machine”. And he said the media was “out of control”, suggesting it was out to get him.

But one journalist quickly pointed out that it was Trump’s own misleading comments that were inspiring so much distrust. And an attack on the BBC later in the day from Trump’s deputy assistant Sebastian Gorka didn’t exactly inspire confidence in his administration’s respect for media scrutiny.

At the press conference, one journalist was quick to catch Trump out for claiming – regarding his presidential election victory – “I guess it’s the biggest electoral college win since Ronald Reagan”. A claim that was demonstrably false.

The #SoCalledPresident is finally getting called out by reporters for his lies. Better late than never.#TrumpPressConference #TrumpPresser pic.twitter.com/fcghocDG9x

On BBC Newsnight, meanwhile, Evan Davis spoke to Sebastian Gorka about the press conference. He asked:

Is it the case you plan no action against the press? The press will carry on and do its job and be allowed to do its job exactly as it always has. Or are there measures you’re intending to take?

This is fake news.

To which the BBC presenter said:

No. It’s not news at all. I’ve asked a question.

But Gorka dug in, insisting:

You have just committed fake news.

So there we have it. Asking if the President will take actions against the “out of control” media is apparently “fake news”. But Trump openly making false claims is not.