Reports speak of horrific abuses against civilians in Myanmar, but the world keeps turning away - Canary 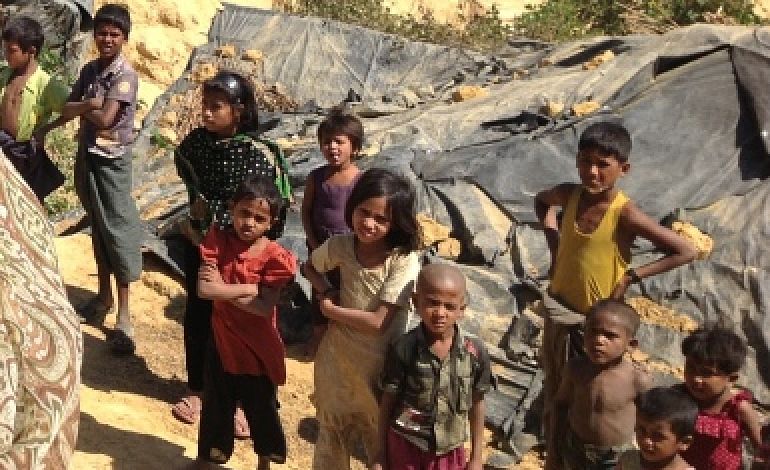 Genocide is not infrequent. And when it makes the news, it doesn’t take long for viewers or readers to become immune to the horror. But we must not just ignore what is happening.

In the case of the Rakhine province of Myanmar (Burma), the Rohingya ethnic minority group has suffered persecution for decades. And recent reports from human rights organisations reveal how the situation is only getting worse.

In December 2016, Amnesty published a shocking report. It confirmed how the Myanmar military had torched more than 1,200 Rohingya homes and buildings, and burned down villages. Eyewitnesses spoke of how soldiers had used rocket-propelled grenade launchers (RPGs) to carry out the destruction.

In one incident, the military reportedly deployed helicopter gunships and fired on villagers. The next day, troops set fire to hundreds of homes.

A Human Rights Watch (HRW) report published in February 2017, meanwhile, describes how the military took part in rape and sexual assaults on Rohingya women and girls, in at least nine villages.

New satellite images not only confirm the widespread destruction of Rohingya villages, but show that it was even greater than we first thought.

One Rohingya woman described how the military took her to a yard, put a rifle to her head, tore off her clothes, and raped her. They slaughtered her husband in front of her with a machete. Then three more men raped her.

The Government’s failure to investigate rape and other crimes against the Rohingya should make it clear to Burma’s friends and donors that an independent, international inquiry is desperately needed to get to the bottom of these appalling abuses.

The devastating cruelty to which these Rohingya children have been subjected is unbearable – what kind of hatred could make a man stab a baby crying out for his mother’s milk. And for the mother to witness this murder while she is being gang-raped by the very security forces who should be protecting her.

The Government of Myanmar must immediately halt these grave human rights violations against its own people, instead of continuing to deny they have occurred, and accept the responsibility to ensure that victims have access to justice, reparations and safety.

According to Johnson’s Twitter account, they discussed human rights in Rakhine. But Johnson failed to demand prosecution for alleged crimes against humanity.

Meanwhile, Myanmar’s government remains in denial. And it refutes claims of genocide or massacres, despite the reports from Amnesty, the UN, and Human Rights Watch.

Hate crimes often get too little attention. They may start with words like “Go home!” Later, offensive graffiti may appear. Then, someone gets assaulted. And as people not affected by these crimes fail to act, this situation becomes the norm, and the level of violence increases too.

That’s how the Holocaust began. Through indifference.

And it’s our moral responsibility to end that indifference.

– Email the Foreign & Commonwealth Office to share your concerns and ask for action.

– See videos of the situation in Myanmar here and here.

– Read more on Myanmar and the persecution of Rohingya from The Canary, Amnesty International and Human Rights Watch.