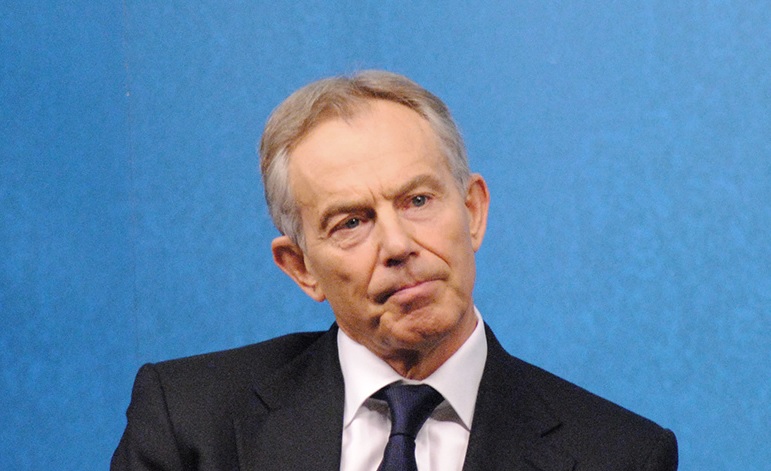 Ex-Prime Minister Tony Blair made a speech urging anti-Brexit British people to “rise up” and persuade pro-Leavers to “change their mind”. Blair called on Remainers to “expose” the “cost” of the EU referendum result, on 17 February. Because, he said, “imperfect knowledge” formed the vote. And that it will “cause real damage” to the UK.

On the Tories’ current trajectory, some of this is clearly true. But there are many issues with Blair being the man making this plea. And despite obvious divisions across the country, the people united on this. So they ‘rose up’ to make that clear.

Why Blair? Why now?

First of all, Blair’s invasion of Iraq caused excessive “damage” to the world at large, and to the UK’s standing in it. It also “cost” the country billions, and made UK citizens a lot more vulnerable to attack. Oh, and to wage that war, “faulty information” was used extensively. But back then he didn’t give a damn, as many people acknowledged:

I voted for Tony Blair without "informed knowledge" he intended to wage a murderous, illegal war. I call on people to "rise up" against him.

And Blair completely ignored the democratic will of the people in 2003. So his renewed dedication to democracy also raised eyebrows:

In the same speech, Blair accused the Labour Party under current leader Jeremy Corbyn of “facilitating” Brexit. Presumably, Corbyn’s party ‘facilitated’ Brexit by respecting the referendum result. So Blair’s commitment to the will of the people seems less comprehensive than his new grandstanding suggests.

There were some who suggested Blair’s concern actually masked an ulterior motive:

I see Tony Blair is starting to panic that Labour might win Stoke & Copeland so much so that he's tried to sabotage the campaign. Ignore him

Tony Blair crawls out of the gutter to sabotage Labour's two by-elections – both of which are Brexit constituencies https://t.co/DnOsfwoPRr

Blair has been against Corbyn’s leadership from the beginning. And he is often within a few degrees of some take-down attempts against the current leader.

But by intervening in the Brexit quagmire, Blair hasn’t only further sullied himself. Some other politicians are actually also worse off for it. Because their own responses cast them in a rather grim light.

Foreign Secretary Boris Johnson, for example, waded into the debate. He accused Blair of being someone “who dragooned the UK” into the invasion of Iraq. And while that’s a fair point, guess who else voted for that invasion? Johnson. And he surely saw millions of people marching against the war, too.

But most of the public, whether they’re ‘in’ or ‘out’ on the EU, were firm in their responses. Regardless of whether they agreed with the message or not, they rejected the messenger. And that’s, at last, something we can all agree on.