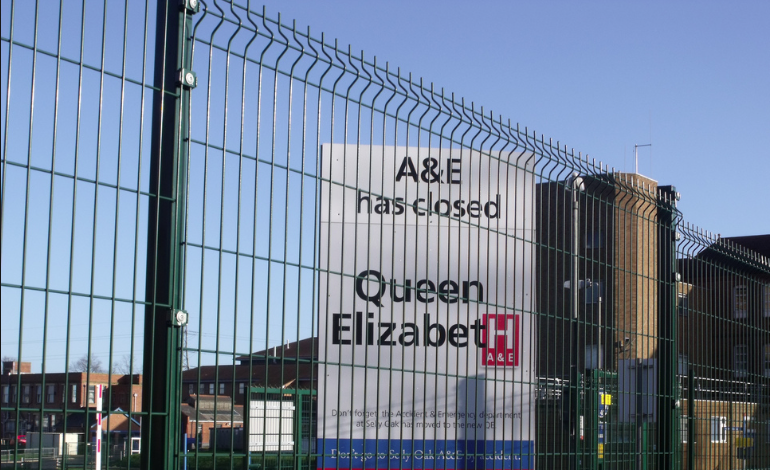 An investigation by the Peterborough Telegraph has revealed that 19 hospitals across the country are facing imminent closure due to a £22bn shortfall in NHS funding.

Which hospitals face the axe?

According to the investigation, the following hospitals are facing the axe:

Acute hospitals closing or at risk of closure:

Leicestershire: one of three acute hospital sites proposed to close.

(* To be replaced by health and well-being centres).

(** Closure of all beds under consideration).

The government has also closed or downgraded at least 66 NHS A&E and maternity units since 2010.

The impact of closures

The NHS already needed an additional 2,600 midwives in 2015. But decisions from Downing Street and the Treasury have exacerbated the issue. There is now a 3,500 shortfall between the number of midwives NHS England needs and the number it has. The government has also cut the bursaries that supported student midwives, the training budgets for maternity staff, and the budgets for most basic care. This has left the service understaffed, and remaining maternity care staff undertrained, underpaid and overworked.

This national issue has become a local issue for voters in the forthcoming Copeland by-election on Thursday 23 February. West Cumberland Hospital will lose its consultant-led maternity service as a result of cuts. This will leave expectant mothers having to travel 40 miles to Carlisle for emergency care. Last year, midwives at the hospital wrote an open letter to Stephen Eames, the Chief Executive of North Cumbria University Hospitals NHS Trust. It stated that as a result of the cuts:

Labour’s candidate for the by-election has promised to save the hospital services. Gillian Troughton, a former NHS doctor, made her promise at a campaign event outside the hospital, saying:

The Tories want to downgrade our maternity ward, and close our A&E and children’s ward. The idea of a woman in labour having to travel over 40miles up the road to Carlisle to see a doctor, is frankly dangerous. I should know, I’ve driven that journey myself, as a blue-light ambulance driver.

The Tories’ are putting our NHS at risk. Their plans for West Cumbria are about costs, not care.

Troughton is right. The Conservative government is underfunding the NHS. The Department of Health is giving the health service less than it needs. Then, when the inevitable crisis hits, declaring the NHS to have overspent. Responding to the government’s 10-year budget forecast in 2015, the King’s Fund warned:

The figures are unambiguous. Hospitals are struggling to cope with the most stringent period of financial austerity in the history of the NHS. Claims of unprecedented demand have proven false. The NHS is not overspending or being over-utilised by immigrants or an ageing/obese population. It is being gutted by cuts in funding which leave it unable to meet demand.

– Please let us know if you know of proposed hospital closures or downgrades that aren’t on the list above.