Don't let Facebook influence how much you value yourself [OPINION] - Canary 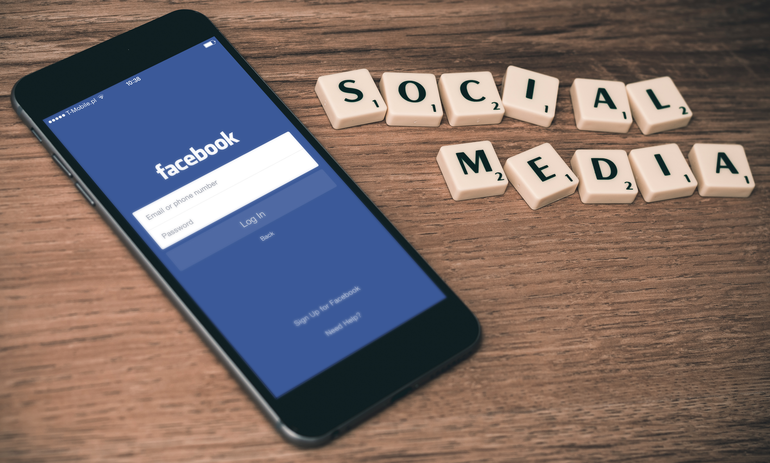 Recent findings reveal that 85% of social media users actively spend time managing their profiles. Compared to seven years ago, people are 40% less likely to see social networks as a place for entertainment and 30% more likely to see them as a way to promote themselves.

Essentially, our social media self behaves much like a brand would.

Creating the perfect you

The third season of Charlie Brooker’s unsettling TV show Black Mirror opened with the episode Nosedive. It presents a future in which social media becomes even more deeply involved in our lives. The episode draws on worries about how we’re judged online. The main character, Lacie, chases social media ratings in order to feel worthwhile. But that is her downfall.

Likewise, on Facebook we create a highlights reel of our lives. We post photos and status updates that (we hope) show us to be funny, interesting, intelligent, caring and happy. We advertise our achievements. And we hide our failures. We post photos of weddings, not divorces. We want people to see us graduating, rather than dropping out. The very nature of Facebook pushes us to create a perfect online version of ourselves.

People use Facebook more than other social media platforms. This is because gaining a positive reputation is naturally rewarding. So is telling people what we’re doing or how we’re feeling. According [paywall] to Kristen Lindquist, psychology professor at the University of North Carolina, a Facebook post ‘like’ gives us a hit of dopamine (a ‘feel-good’ chemical). So we continue to seek online approval because we associate it with feeling good.

But along with these short-lived jolts of dopamine, there are also some less pleasant effects. Especially when you spend a lot of time scrolling the news feed. This can lead to unrealistic social comparisons, making us feel less positive about ourselves.

Self-esteem can be flexible

A survey by the American Psychological Association (APA) shows that 90% of 18-to-29-year-olds use social media. This is up from just 12% in 2005. And 48% of millennials worry about the effects of social media on their mental health. Despite this, young people struggle to cut down on smartphone use.

According to some researchers, millennials have too much self-esteem. And perhaps part of the reason is to do with the way in which social media approval boosts positive thoughts about ourselves. But the flipside is that receiving negative feedback on Facebook, or fewer ‘likes’ than others, can lower one’s self-esteem.

You might have one day where you post an awesome photo and receive 100 ‘likes’. And on another day, you get into an argument and get negative feedback. Self-esteem can be flexible. Facebook can make us feel like a success one day and a failure another. However, it is possible to gain a more reliable sense of self-worth.

A study suggests our reactions to Facebook activity are linked to our self-esteem. But study co-author Anthony Burrow believes that having a sense of purpose can stop people being so strongly influenced by virtual feedback. Purposeful people notice the positive feedback, but they don’t rely on it to feel good about themselves.

People who are goal-orientated with internal motivation are less likely to have their self-respect affected by Facebook use. Burrow adds that, for some: “on days when you receive few likes, you’ll feel worse”. He warns about your self-esteem depending on what other people say and think. “Over time that’s not healthy”, he said. You should have a reliable sense of self-worth, so you can say: “I know who I am and I feel good about that”.

Facebook’s instant rewards don’t excite or upset people as much if they see themselves achieving in the future. Really, we shouldn’t care so much about how many ‘likes’ we get. Research shows that basing self-esteem on internal sources – such as becoming a more virtuous person – has better mental health outcomes than basing it on external sources.

There are other ways to avoid letting Facebook shape how you value yourself. Unplug and go on a ‘digital detox’ for a while. After a month without Facebook, I noticed that my mood improved. (It could have been totally unrelated, of course. But it definitely felt like a relief not to be comparing myself to illusory ideas I had about other people’s lives.)

However, the problem is not that we use Facebook, but how we use it. If your self-esteem depends on your internal goals and motivations, then your use of Facebook can be healthy. Whereas caring about how many likes you get will only spell trouble for your sense of self-worth.

– Install a Facebook Newsfeed Eradicator (here it is for Safari and Chrome).

– Check out more articles from The Canary’s Health and Science sections.