Girls are missing school because they can't afford sanitary products. In Britain. In 2017. - Canary 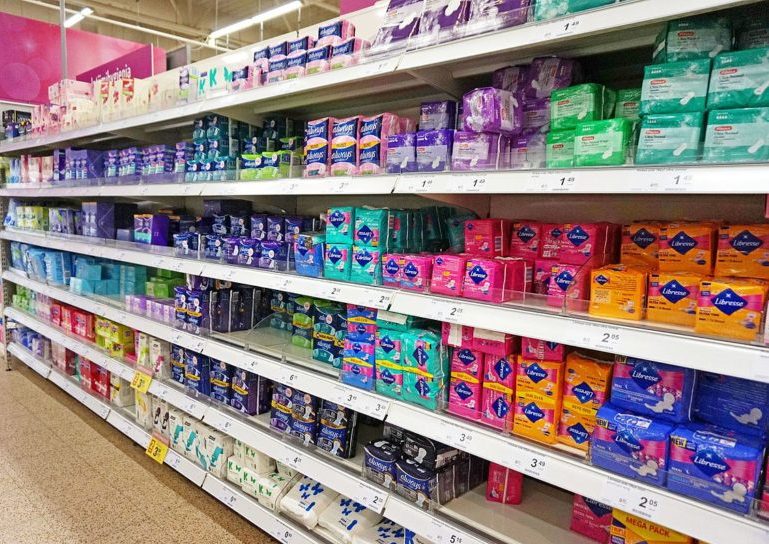 Freedom4Girls is a campaign that sends sanitary products to women and girls in countries like Kenya. And they’ve revealed they’re now doing the same for a school in Leeds. A teacher got in touch with Tina Leslie, a public health worker involved with Freedom4Girls, when they realised some girls were missing school for a few days at the same time every month.

Sorry if anyone is embarrassed by content, but please get over that. This is the UK. In 2017. 'Metro' today. @fawcettsociety @WEP_UK pic.twitter.com/5lsCWMun1l

Leslie told BBC Radio 4‘s Woman’s Hour she isn’t surprised that girls in Leeds are suffering. Period poverty is a long-standing reality for homeless women across the UK. Last year, Boots started a donation system for pads and tampons. And food banks provide sanitary products, too.

Dropouts around the world

UNESCO reports that 50% of school-age girls in Kenya do not have access to sanitary products.

And for poor children in Britain, the reality is no different. But Leslie points out that we have no idea how many girls are affected.

Teenagers speaking to BBC Radio Leeds explained what their reality is like. One girl describes wrapping socks and tissues around her underwear to keep it dry so she can get through the school day. Another says:

I didn’t get any money because my mum was a single parent and she had five mouths to feed. So there wasn’t much leftover money in the pot to be giving to us.

She went on to explain that she’d take a few days a month off, every month, because of the pain. When asked if this was physical or emotional pain, she says, “both”. Another girl describes truanting because:

I didn’t know what was going on with my body.

It was only because teachers noticed her low attendance, and because she was able to open up to them, that she got any help at all.

It may be hard to believe that British girls can be left so confused and scared every month. That they feel they have no option but to miss school to deal with the bleeding and the pain. That they’re experiencing the shame that comes with not being able to do anything about it. But Leslie thinks that what’s happening links directly to other kinds of poverty. Because Britain is a country where up to a million people a year are now using food banks to survive.

One Labour MSP, Monica Lennon, is advocating for Scotland to become the first country in the world to provide sanitary products free of charge. For many, that will be the only way they can afford basic hygiene.