If you thought Brexit Britain was going to be anti-immigrant, the EU just went full-on Islamophobic - Canary 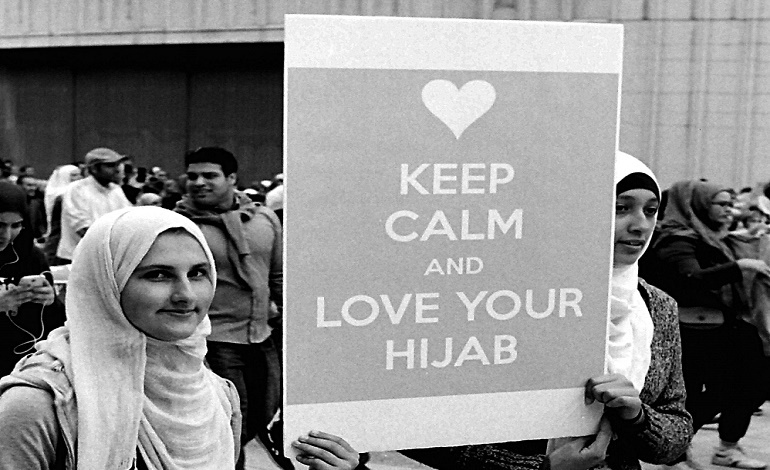 As the UK faces the prospect of Article 50 being triggered any time soon, a ruling by the European Court of Justice (ECJ) has been making the headlines. But for all the wrong reasons.

I’m not Islamophobic, but…

On Tuesday 14 March, the ECJ ruled that it was not discriminatory for companies to ban staff wearing the hijab. But the ECJ ruling could have wider implications, as it states that it is not “direct discrimination” if a company bans the wearing of “any political, philosophical or religious sign”.

One case the ECJ cited was from 2003 in Belgium. Security company G4S sacked Samira Achbita after introducing a ban on the hijab. She took it to court, but the ECJ ruled that G4S actions were based on treating all employees the same. So:

Accordingly, such an internal rule does not introduce a difference of treatment that is directly based on religion or belief.

Someone I know is a Muslim!

People have reacted angrily to the ruling. The President of Muslim Women Lawyers for Human Rights (based in Belgium), Kim Lecoye, said:

The court could and should have seized the opportunity to put a halt to the multiple discriminations faced by Muslim women and protect their fundamental rights, but they chose not to.

But the ruling also throws up questions about the EU’s relationship with multinational corporations. G4S has been accused of the mistreatment of both asylum seekers and young offenders in the UK. And members of anti-Muslim hate monitor Tell Mama accused the company’s security guards of directing a “barrage of abuse and intimidation” at them during the Conservative Party conference in 2016. Campaigners also accuse it of being “complicit” in the abuses of Palestinian child prisoners in Israel.

First they came for the…

But the ECJ ruling has even wider implications than just its relationship with multinationals. Saying that companies will not be discriminating if they ban people wearing “any political, philosophical or religious sign” is a massive catch-all. It would, in theory, mean that employees would no longer be able to wear anything with socialist or other political messages. Nor would people be able to wear a political rosette at work during election periods. And it could stop people from even wearing the peace symbol.