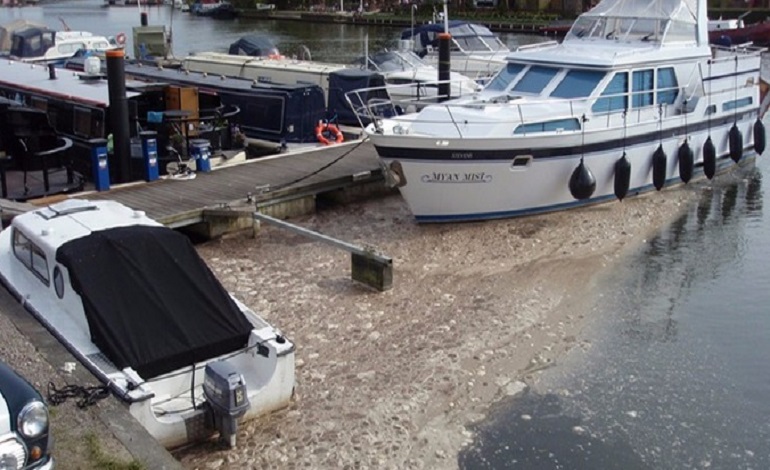 A court has fined Thames Water a record £20m for a sewage spill in 2013/2014. The company pumped nearly 1.5 billion litres of untreated sewage into the River Thames. But the fine is dwarfed by the profits Thames Water made for its shareholders.

The sewage spills happened at five Thames Water sites, in Aylesbury, Didcot, Henley, Little Marlow and Littlemore. Thames Water admitted 13 breaches of environmental laws. But the effects of the spills were far-reaching:

The fine is the largest a court has ever given to a water utility company. And the Environment Agency (EA) said it was the largest case it has ever dealt with. Judge Francis Sheridan said that the spills occurred because Thames Water was running sewage pumps at half levels. He called Thames Water’s actions “wicked”, and noted that the company has a “continual failure to report incidents” and a “history of non-compliance”:

This is a shocking and disgraceful state of affairs… It should not be cheaper to offend than to take appropriate precautions. One has to get the message across to the shareholders that the environment is to be treasured and protected, and not poisoned.

There are around 1,500 sewer overflows across England releasing raw sewage into our rivers. [Water companies] simply can’t continue treating our rivers as their dumping ground.

Kemble Water Holdings Ltd bought Thames Water in 2007. It in turn is owned by a consortium of investment management companies, foreign governments like China [paywall] and the United Arab Emirates, and pension funds. On 14 March, Macquarie (an Australian infrastructure bank nicknamed ‘the vampire kangaroo‘) sold [paywall] its stake in Kemble Water for around £1.35bn. Canadian pension fund Borealis Infrastructure and the Kuwait Investment Authority bought the stake.

We need a resolution

Thames Water’s £20m fine is welcome. But the case highlights a serious problem within our utility companies. Because how can foreign banks, pension funds and governments seriously be expected to concern themselves with the UK’s environment when their main motivators are profit? We need to have a real debate about the future of this country’s utility companies. Because nationalisation is long overdue.