In its rush to capitalise on terror, Britain First called a rally on the worst possible day [OPINION] - Canary 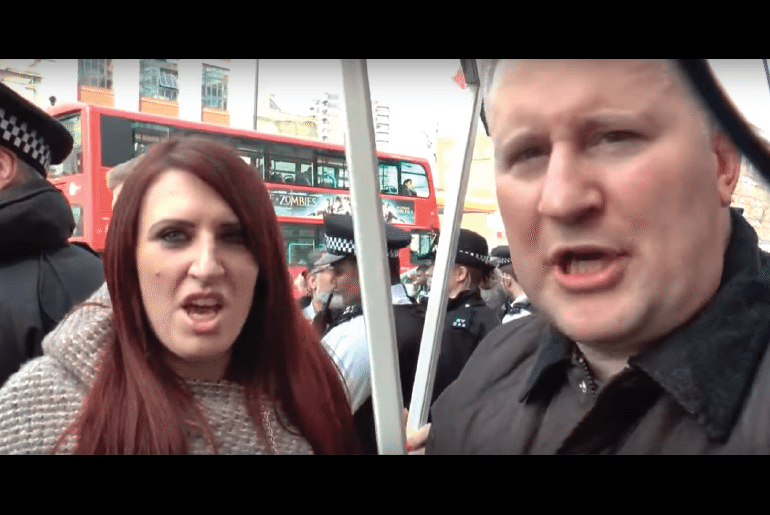 You’re probably going to hear that the so-called ‘Britain First’ group has announced a protest in response to the terror attack of 22 March. And if you’re unfamiliar with the organisation, some of the media coverage you see may concern you. But for all their dreams of becoming fearsome fish’n’chip shop fascists, Britain First couldn’t arrange a full English in a cafe. Which is presumably why they’ve called their rally on 1 April. A day which is fittingly known as ‘April Fools’ Day’.

The attack in London was horrific. And the only sensible thing to do was to wait for more news to come in, think of those who tragically lost their lives, and be with your families.

Unless of course, you’re an opportunistic, far-right scumbag. In which case it was your patriotic duty to run around claiming the terrorist was a man who was literally in prison at the time of the attack (in the case of Tommy Robinson); to go on US television to talk about how divided the UK is because you know the UK is unified in its dislike of you (in the case of Katie Hopkins); or to make a video in which an angry, besuited potato shouts about “unspeakable horrors” and an oncoming “bloodthirsty civil war” (in the case of Britain First’s Paul Golding).

Now, what I’m about to say may shock you, but I don’t think ‘Britain First’ thought their graphics through all that well. Because this is what they went with:

And yet in the video, the so-called Paul Golding says:

The blame for this incident lies squarely at the feet of every treacherous left-wing politician and journalist who have forced mass immigration, political correctness, and open borders on this country.

every lie, every act of treachery will be revisited on you ten fold.

I can promise you, from the very depths of my being, you will all meet your miserable ends at the hands of the Britain First movement. Every last one of you

Which begs the question: when ‘Britain First’ posted an image of Westminster in a gun-sight, are they referring to the terrorist attack? Or are they backing up the threats they have already explicitly made?

We’ll not share the video itself, as doing so would only give them the attention that they want. Although if you are desperate to watch a misshapen lump spitting in anger, I’d suggest putting a well-pricked potato in the microwave for forty minutes.

We can learn a lot from the comments below the video, though:

And these comments go on and on. As they do on most Britain First posts. Almost as if there’s some sort of hidden, full-on fascist subtext to Britain First’s message. A subtext which the group itself does little to dispel, as not once have they gone on Facebook to say something like: ‘Guys, we’re noticing a lot of comments like “let’s round them all up”, and “Hitler did nothing wrong”. And we just want to say that you’re going a bit too far with all that, okay? We’re not racial supremacists: we’re just alt-white.’

And it’s this lack of top-level criticism which presumably led to Thomas Mair thinking that “Britain First” was an appropriate phrase to shout as he gunned down a British politician in cold blood. An incident which mirrors what Golding would later promise about us meeting our miserable ends at the hands of his movement.

Despite all of its threats, and despite what it may have inspired, Britain First has proven itself wholly inadequate at implementing its hateful ideology. At times, it’s come across like members, leaders and supporters don’t even understand it.

These are the same people who recently called for a boycott of Cadbury’s for making their chocolate ‘halal’ – a term which is applicable to all non-meat-based foodstuffs.

They’re the same scammers who have sold poppies, and then withheld their earnings from veterans.

They’re the same incompetents who split from the BNP because that group wasn’t quite crap enough for them.

The same bunch who have a Facebook following of millions, and a real-life following you could fit in a phone box.

The same opportunists who used Lee Rigby’s image in their propaganda, despite his family repeatedly asking them not to.

And the same so-called people who routinely get embarrassed every time they try to march in public.

But unfortunately, there is a minority of people in this country who buy into Britain First’s xenophobia. That is a concern, and it’s something we should all be aware of. And we need to let them know that we all stand together as one.

The thing that will prevent them from growing beyond what they are already, however, is acknowledging that, on a very fundamental level, this group is an absolute joke. And its attempt to capitalise on terror by marching on April Fools’ Day is just the latest in a long line of examples of that.