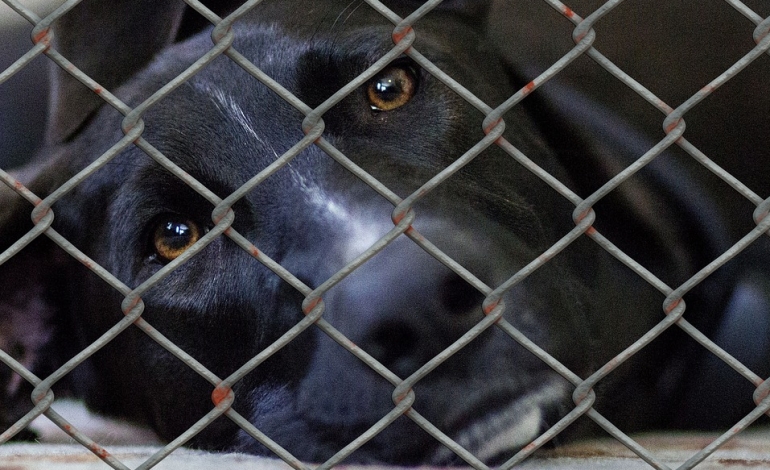 The UK is often described as a nation of pet lovers. But recent events cast doubts on this reputation. Cats and dogs are being exploited and abused in all kinds of ways. And although it’s a minority who are responsible, the fact that this widespread abuse receives little attention in the mainstream media shows how far we are lagging behind in terms of animal welfare.

An alarming number of cats are being injured and killed with air rifles in Staffordshire, Leicestershire, Bristol, Shropshire, and London. Gulls and ducks have also been shot and killed.

The RSPCA points out that the number of calls reporting air gun attacks is at a five-year high. And according to the Cats Protection charity, 88% of culprits are aged 24 or under. Dermot Murphy, assistant director of the RSPCA Inspectorate, said:

It is difficult to understand how anyone could carry out these mindless attacks on innocent animals. Behind these statistics, there are hundreds of animals that have been subjected to horrible amounts of pain and suffering.

The RSPCA is now calling for stricter regulations around the use of air guns. The Cats Protection charity says the licensing of air guns in England and Wales must be mandatory (as it is in Scotland now). Currently, for those above 18, there are no restrictions on buying an air rifle and ammunition.

Dogs in this country aren’t fairing any better. The RSCPA highlighted that in Norfolk, Suffolk, and Cambridgeshire in 2016, 213 calls were made raising concerns about the underground puppy trade. The charity is now teaming up with online marketplace Gumtree (where puppies have been sold) to crack down on this trade.

In-demand breeds are being sold at low prices. But Lisa Richards of the RSPCA says some dealers “care only about their profits at the expense of the animals’ health and welfare”. The result is that buyers find themselves with sick and dying puppies that require intensive medical treatment.

The RSCPA reports that individual criminal gangs make up to £35,000 a week selling dozens of puppies. These gangs are capitalising on our demand for ‘designer’ and ‘fashionable’ breeds. Unscrupulous dealers are a problem, but so is our treatment of dogs as fashion accessories. Animals will always be worse off when they are seen as commodities to be bought and sold, rather than sentient creatures with their own interests.

Even in a ‘safe haven’, animals aren’t safe

Dogs were also left starving and diseased at a ‘sanctuary’ in Ayrshire Ark, Scotland. Zara Brown, who was in charge of the dog shelter, has been found guilty of causing unnecessary suffering. She didn’t feed eight of the dogs, which resulted in them becoming malnourished and emaciated. Brown also left the dogs to suffer in agony with untreated infections.

The shelter took in abused and homeless dogs. But their new ‘home’ wasn’t any better. The dogs lived without enough light, and among faeces, urine, debris, and soiled bedding. Conditions that afflicted the animals included osteoarthritis, ear infection, inflamed ears and feet, a fractured leg, chronic lameness, and lesions.

Battersea Dogs & Cats Home have launched a campaign calling for more severe punishments for animal cruelty. The maximum sentence is currently six months. The campaign, backed by comedians such as Ricky Gervais, Sue Perkins, and Harry Hill, aims to raise it to five years.

When you consider that the maximum sentence for fly-tipping is 10 times longer than for animal cruelty, it’s easy to see that our concern for animals is seriously lacking.

Animal abuse isn’t punished in a way that reflects the suffering that has been caused. And the maximum sentence means that such abuse isn’t effectively deterred. The UK will need to undergo many legal and cultural changes before it deserves the reputation of being a nation of animal lovers.

– Write to your MP about raising the maximum sentence for animal cruelty, and support Battersea.

– Support the RSPCA and report any suspicious puppy dealers.