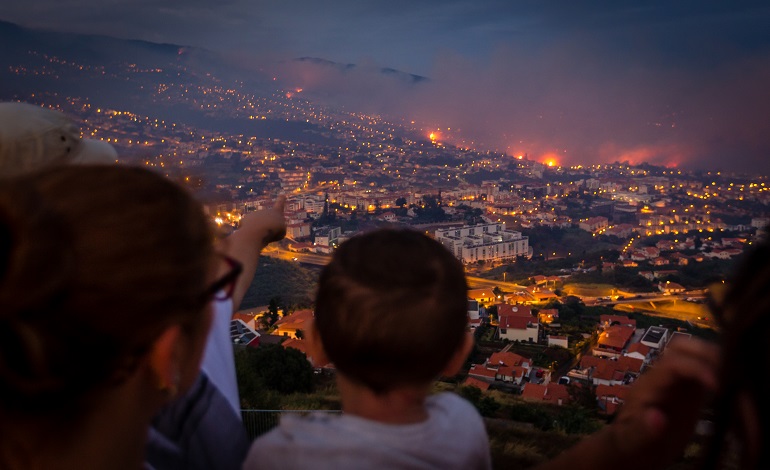 Six children are taking the whole of Europe to court over the deaths of 60 people in June. And in a case which could set a world precedent, they are asking for governments to take collective action now, to prevent further such tragedies. But if they won’t, then the children are hoping the courts will force the governments to act.

In June 2017, more than 60 people died in forest fires in Portugal; the worst in the country’s history and an event Prime Minister António Costa described as “the greatest tragedy we have seen in recent years”. Around half the people burned to death in their cars as they tried to escape, after a stretch of road became engulfed in flames. But the fires, which happened as Portugal was under a severe heatwave with temperatures exceeding 40c, have been blamed by experts, in part, on climate change.

So now, a group of Portuguese children are going to the European Court of Human Rights (ECtHR) demanding something be done.

The children are being represented by the Global Legal Action Network (GLAN), a non-profit organisation that identifies and pursues legal actions which challenge injustices for the “disempowered”. And the aims for GLAN and the children’s case are straightforward. They want the ECtHR to force the 47 countries which have signed up to the European Convention on Human Rights (ECHR [pdf]) to:

The grounds for the case fall under ECHR legislation. Specifically that the law requires member states to take “reasonably available measures” to prevent interferences with human rights, or to mitigate those interferences where it is not possible to prevent them completely. GLAN also refers to the convention articles:

GLAN pointed out to The Canary that the ECHR imposes far greater rules in relation to the affects of climate change than even the Paris Agreement does. So, it is on this basis that GLAN and the children are going to Europe’s highest court.

A fight for all of us

GLAN said in a statement for The Canary:

The 47 States which have ratified the ECHR are collectively responsible for nearly one fifth of global greenhouse gas emissions. They also hold a similar proportion of the world’s known fossil fuel reserves. Decisions of the ECtHR are, furthermore, binding on these States so a decision of the kind we are seeking would clearly be of major significance. Legally-speaking, were such a decision to be handed down, it would be as if the 47 States party to the ECHR had entered into a climate change treaty with far greater ‘bite’ than the Paris Agreement.

But the children’s fight for people’s rights in the face of climate change has only just begun. To have the case properly heard and represented, GLAN has set up a crowdfunder to raise the necessary legal fees. The £20,000 needed, however, is small in comparison to the goal of the children. Because if they win their case, it could set a global precedent on governments’ responsibilities under climate change. And that won’t just benefit the children of Portugal. It will benefit the whole planet.