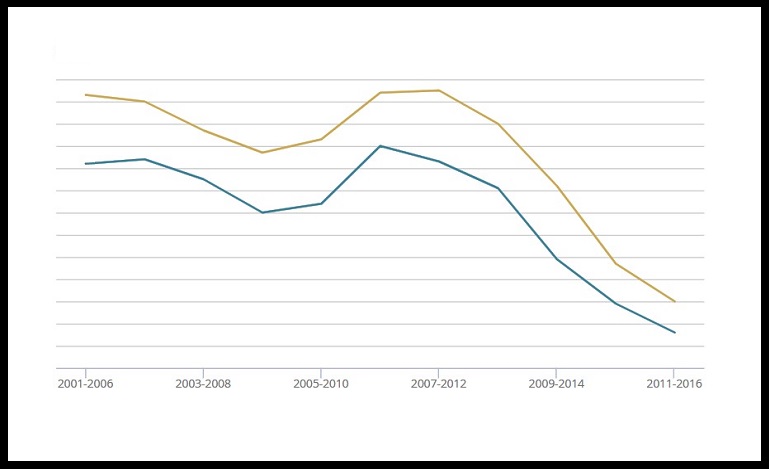 On Thursday 7 December, the Office for National Statistics (ONS) released data which demonstrates the terrible mess the UK is in. Because one graph shows the worst outlook of this century so far. And some believe the blame lies at the government’s door.

The ONS has released its latest Health State Life Expectancies report. It details the current life expectancy for people, trends and geographical breakdowns. But it also predicts by how much the life expectancy of children born now will increase.

And its latest predictions are worrying. This is the estimated extra number of months a person can expect to live, on a rolling comparison, for those born since 2001: 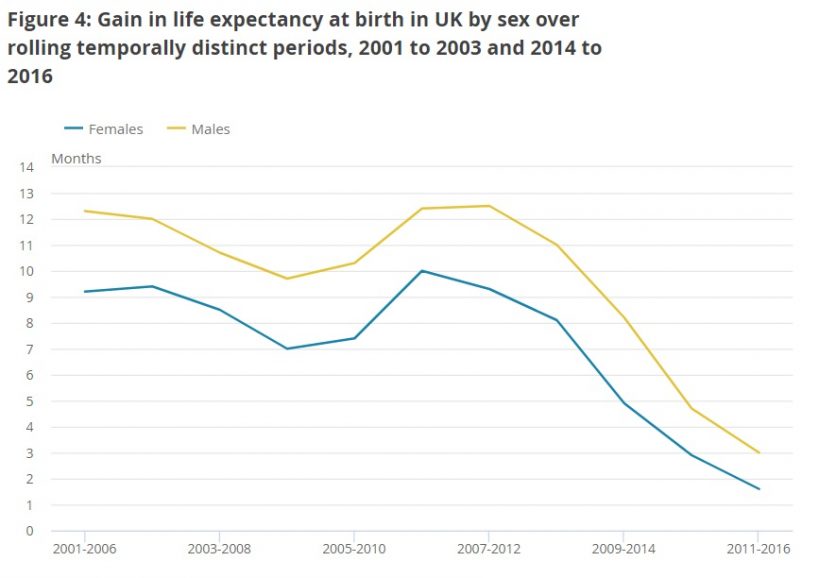 The ONS also shows how may areas of the UK had a “statistically significant” gain in newborn life expectancy. And again, the numbers have collapsed: 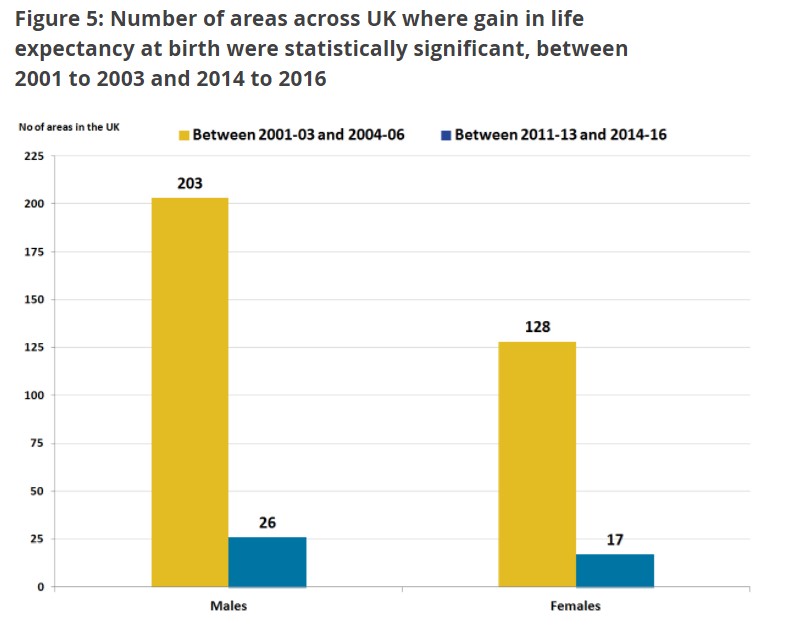 There has also been a collapse in certain areas since 2010. For example, males born in Hartlepool across the 2001-2006 period saw a 12.8-month gain in life expectancy. Over the latest five-year span, their life expectancy has actually fallen by 14.3 months: 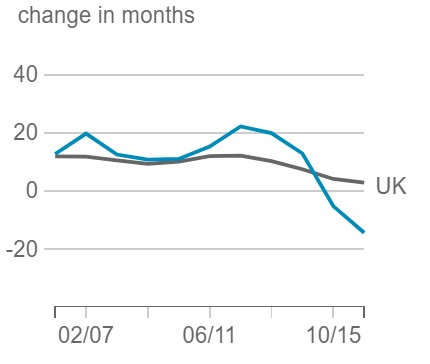 Much the same happens in Oldham: 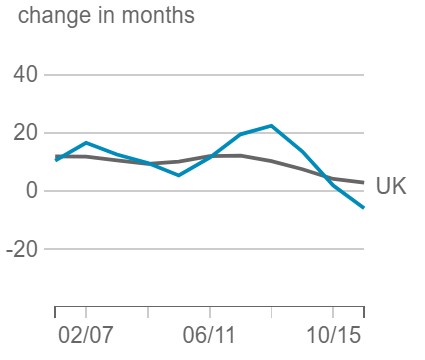 And in the Scottish Borders: 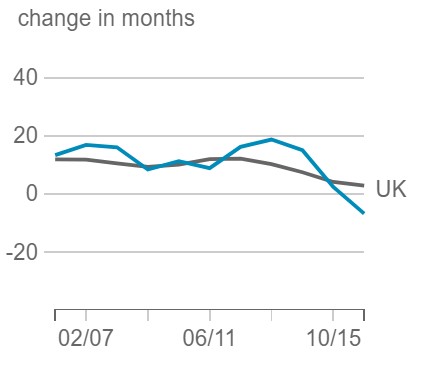 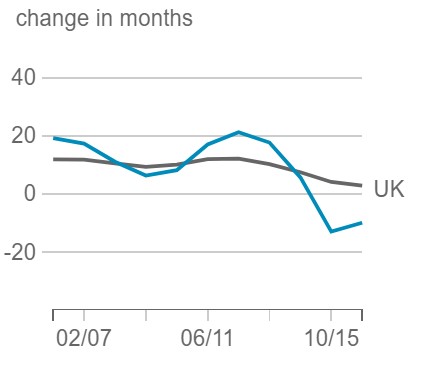 The Canary asked the ONS about the collapse. It said:

Academia have pointed to a number of potential reasons such as the rise in dementia deaths, virulent strains of flu affecting older people and ineffective vaccination against flu, particularly in 2015, an ageing population, residual impact of the great recession and austerity consequences and some have pointed to health and social care provision… ONS has not done any study of these… so cannot comment definitely on the factors at work.

The most plausible explanation would blame the politics of austerity, which has had an excessive impact on the poor and the elderly… The stalling of life expectancy was the result of political choice.

It is not difficult to guess the likely cause… If we do not address the policies that have caused these changes, the ONS projections will become reality.

A decline in life expectancy in the fifth largest economy on the planet is not just a cause for concern; it is a damning indictment of the state of our society.