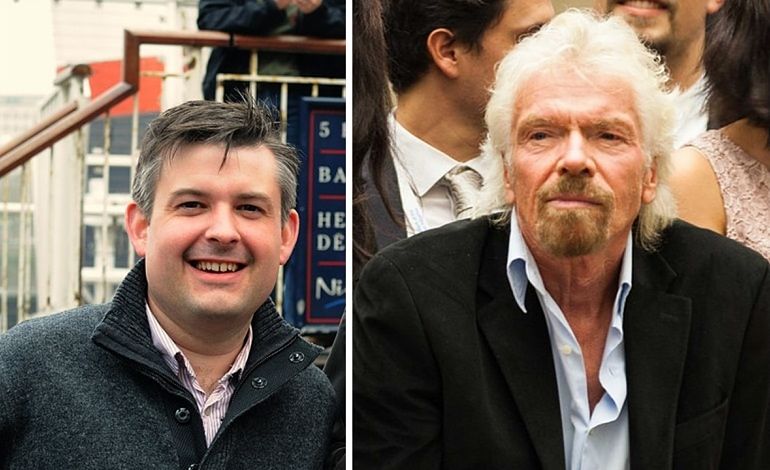 Thousands stand up to Branson

Perhaps the urgency of our commitment to end privatisation was laid bare last week with the shocking revelation that Virgin Care had successfully sued our NHS, some say for possibly up to £2m, after losing out on an £82m contract to provide children’s health services across Surrey.

This action has drawn widespread condemnation with thousands signing a petition demanding Virgin “give the money back”. A tweet from Richard Branson asking whether it’s possible to fall in love with a brand seems particularly ill judged in this context.

Around 60,000 people had signed the petition at the time of writing. Launched by Steve Preddy, the petition states:

When the NHS is under severe financial pressure, it cannot afford to lose this money. Richard Branson, however, with an estimated personal wealth of over £3.5bn, can manage perfectly comfortably without it. This petition asks Virgin Care to return the money to the National Health Service, and asks Richard Branson to apologise and make a personal commitment Virgin Care will never again sue the NHS after losing out on a contract.

Ashworth: “the very soul of the NHS” is under threat

Ashworth also pledged to “campaign to end the toxic privatisation agenda that destroys the very soul of the NHS”. The MP for Leicester South laid out just how far the Conservatives are taking NHS privatisation, since the Health and Social Care act of 2012:

Despite vociferous opposition from Labour, patients and the public, Part 3 of the 2012 Act extended market-based approaches to health care, resulting in far greater private sector involvement as competition became the preferred means of improving health care.

Prior to the act, hospitals were only allowed to make 2 per cent of their income from private sources, but with the legislation’s passing the cap was egregiously lifted to 49 per cent.

Unsurprisingly, the Tories’ expansion of the internal market has led to one third of contracts being awarded to private providers since the act came into force in April 2013.

– Sign the petition demanding Branson return the money he took from the NHS.