No one noticed. But the US media just spent an entire day humiliating itself. [VIDEO] - The Canary 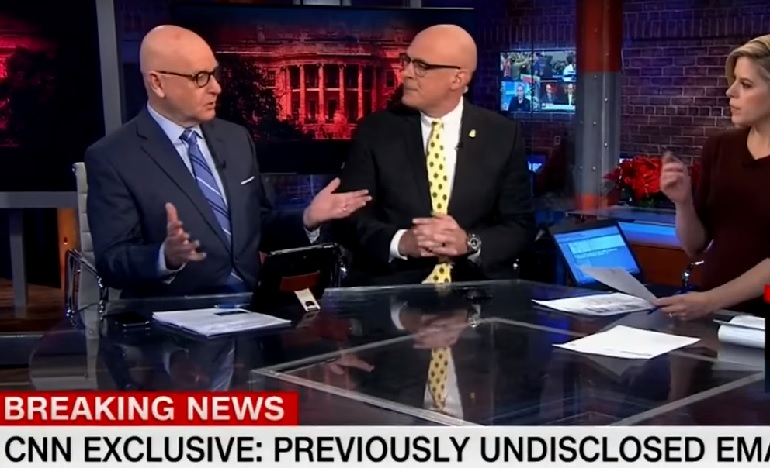 A chunk of the US media spent Friday 8 December humiliating itself. Major outlets CNN, MSNBC and CBS spent much of the day eagerly pushing to millions of people what turned out to be a false story. After extensive reports, comment and analysis, the story turned out to be false because of an error in the most basic of fact checking.

Throughout the day, media outlets were convinced they had proof of collusion between WikiLeaks and Donald Trump. CNN kicked off the embarrassment by reporting that Trump had special access to the Democratic National Committee (DNC) email leak before it went public. The whole revelation was based on one email sent by a previously unknown Michael J. Erickson to Trump. The email contained links to the DNC server leak. For the media organisations, this was proof of collusion because the email was dated 4 September 2016 – ten days before WikiLeaks went public. MSNBC and CBS followed with their own extensive reports. And CNN was very excited when it broke the ‘bombshell’ scoop:

But the story was fundamentally flawed, as The Intercept reports. After broadcasters spent hours hyping the revelation, The Washington Post reported a crucial error. The email was actually dated 14 September, not 4 September. That’s after WikiLeaks released the emails to the public. This means Michael J. Erickson was probably just a member of the public urging Trump to look at the emails, which were already available online: 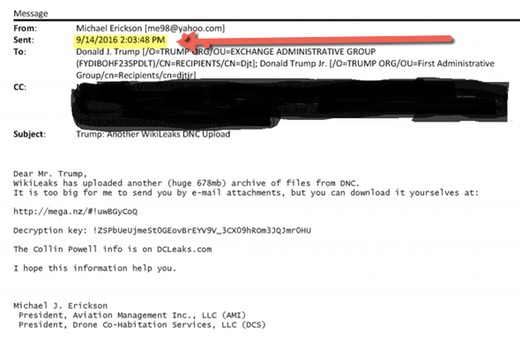 The CNN report heavily implied that journalists had seen the email. But many hours after the story was ousted as false, CNN admitted that it hadn’t actually seen it. CNN‘s PR department later released a statement claiming “multiple sources” had supplied the information. Congressional reporter Manu Raju also noted the correction on CNN, claiming “two sources” had offered him the false date.

Meanwhile, MSNBC claimed during its report that “two sources with direct knowledge” had independently confirmed the email. This all suggests that at least two sources which these news organisations supposedly trusted misled them; with an apparent desire to spread damaging false news about WikiLeaks to the public. It seems unlikely that multiple sources managed to make such an obvious mistake in good faith. Still, CNN and MSNBC appear to be protecting the sources that misled them.

This is far from the first time the US media has reported utterly false news about alleged collusion between WikiLeaks and Trump (or Russia). Journalist Glenn Greenwald has documented many instances of media outlets publishing incorrect stories about the same questionable topic.

In short, a large section of the US media spent 8 December spreading false news to millions of people. That’s shameful.