'Completely out of control' foxhounds terrorise an animal shelter. Now there's going to be 'hell to pay'. [OPINION] - Canary 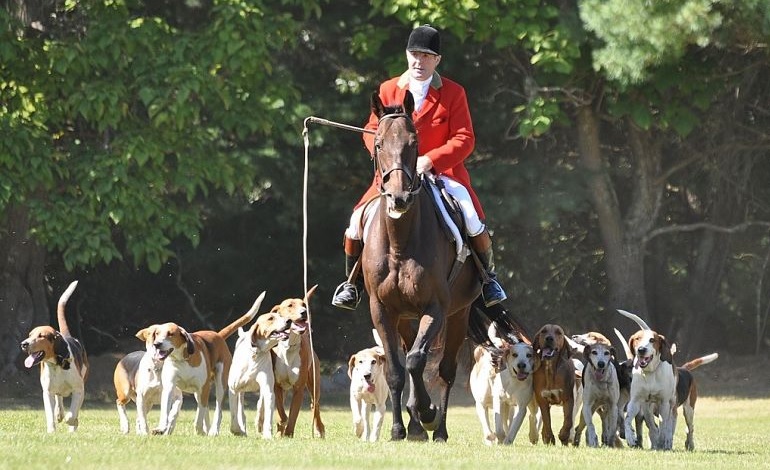 Workers at a cat sanctuary have described the “terrifying” moment foxhounds invaded the shelter in pursuit of their prey. Representatives from the hunt have downplayed the event, describing it as just “a few hounds [that] might have deviated from their trail”.

But for a ‘sport’ that’s really struggling to justify its existence, this incident is very damaging – whichever way you look at it.

As The Independent reports, on 9 January foxhounds from the East Sussex and Romney Marsh hunt ran into the Celia Hammond Animal Trust while out on a trail. Volunteers at the cat sanctuary said that “dogs [were] running everywhere, completely out of control”. One described the incident, saying:

It looked like a whole pack of hounds had split into two… Half of them went after a fox, and half after a deer. And then they were coming into the sanctuary from all different areas… They were after the fox and after the deer.

When the hounds entered, many of the rescued animals bolted. The shelter houses 130 cats. 60 of them were missing following the breach. A number of these cats have returned to the shelter since the event. But Celia Hammond, who runs the trust, said:

There was 21 missing at the last count… We don’t know what’s happened to them. It’s absolutely outrageous – I’m so angry, I’m so upset…

She fears the missing cats may be dead. And she says “there will be hell to pay” if anything has happened to them.

The hunt has admitted its involvement in the incident. But it denied that foxhounds had come into contact with the sanctuary’s animals. A hunt spokesperson said:

We can confirm that hounds met at Udimore, near Rye on 9th January and were legally trail-hunting throughout the day to comply with the Hunting Act 2004… Although nobody from the hunt witnessed hounds following anything other than their original trail, it is suspected that a few hounds might have deviated from their trail onto the scent of a live quarry which they followed into the wildlife sanctuary.

The hunt staff immediately removed the hounds from within the confines of the sanctuary with the help of the police who were also called.

A police spokesperson confirmed the force’s assistance and said “there has been no report of any injury or damage or of any criminal offence being committed”.

Hammond says that no official complaint exists yet because she’s been busy trying to find the missing animals. But regardless of whether a complaint is forthcoming, this hunt has already shown itself – and the ‘sport’ – to be in the wrong on many levels.

Take its claim that “nobody from the hunt witnessed hounds” following a deer or fox. If the dogs did follow these animals and huntspeople didn’t know, that’s incompetent or negligent. Because if huntspeople were watching their dogs properly and were in control of them, they should have noticed.

Furthermore, this incident highlights that trail hunting – a recent invention where foxhounds allegedly follow a scent derived from fox urine – often results in dogs chasing live animals. That proves that this type of hunting is not fit for purpose. Unless you’re actually trying to hunt animals, that is.

Overall, this hunt outing ended with at least one deer, one fox, and 60 cats running for their lives. That’s not a good look for huntspeople. But it’s an accurate one. Because this is a violent, ugly practice that regularly ends with bloodshed. That’s why the hunting ban needs to be strengthened. And getting rid of trail hunting altogether would be a very good place to start.

– Find out more with the Hunt Saboteurs Association.