A recording of a meeting for one of England's most notorious hunts has been released. And everyone should hear it [AUDIO] - Canary 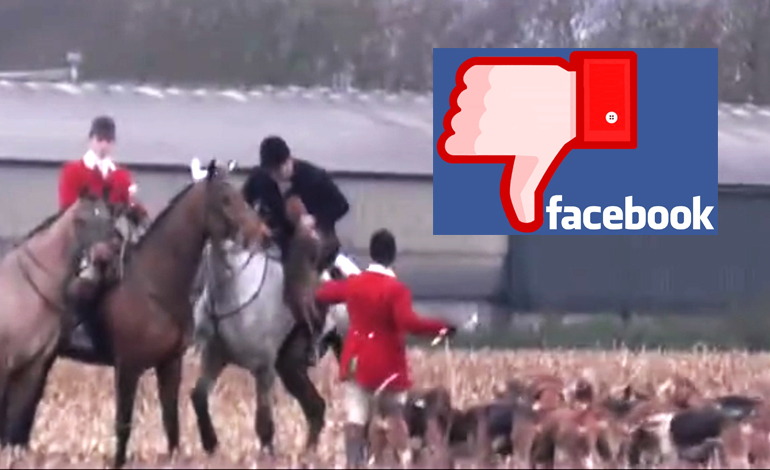 Audio allegedly recorded at a pre-season meeting of the Atherstone Hunt has been publicly released by West Midlands Hunt Saboteurs. And it suggests the hunt is in a very difficult position because of hunt saboteurs and their use of social media.

Criminal damage and alleged assault in just a month

On 12 October, West Midlands Hunt Saboteurs published the audio of a meeting that it says “all riders, supporters and followers” of the Atherstone Hunt were encouraged to attend.

Chairman Richard Woodward states [0:28] the meeting is about the “conduct we expect from our followers, both mounted and foot followers… this coming season.”

The Atherstone Hunt has received an ongoing wave of negative press attention in recent times. A landowner associated with the hunt was filmed driving a quad bike at members of the saboteur group. And on 18 October a hunt supporter was convicted for slashing the tyre of a saboteur’s vehicle.

But the real cost of these and other incidents appears to be their impact on social media.

Exposing the real face of hunts

A spokesperson for West Midlands Hunt Saboteurs told The Canary:

And now the hunt has admitted that it can’t cover the legal costs for its supporters’ behaviour.

In the meeting, joint master Sarah Evans says [5:27] the Masters of Foxhounds Association (MFHA) has confirmed that there is no coverage for legal costs under its insurance scheme for supporters and people associated with the hunt. And she says that “the hunt does not have the funds to pay for this either”.

The Hunting Office [MFHA] that govern us has had enough… They…were quite happy to see the Atherstone finished because we’ve caused them so much trouble.

Social media has been crucial in reaching this point. The saboteur group told The Canary:

We made the decision as a group that we do not go to the police in terms of when we get footage of kills [of foxes]… We just put it straight out [on Facebook] and that is what has damaged [them]… It damages more by exposing it, is our opinion.

And the group suggests social media is a powerful tool in tackling hunts:

If this is what one hunt does… then what is going on everywhere else?… The MFHA have said [to the Atherstone Hunt] … ‘you’re on the naughty step’, and if that is through the use of social media and all the hunts are the same in one way or another then in a way they’ve said what works haven’t they?

The Canary approached the Atherstone Hunt for comment. A spokesperson said:

The Atherstone is registered with the MFHA. The hunt has been subjected to a long campaign by anti-hunting activists who have made no secret of their desire to see the hunt’s legal hunting activities cease.

As well as the hunt itself, businesses and individuals – including landowners – that support the Atherstone Hunt have been regularly targeted with online abuse via social media.

The hunting community is quick to pull rank and appear in control. But this recording shines a light on one of its biggest weak points. And now that it’s out, hunts are more vulnerable than ever.

– Read more about hunting at The Canary.