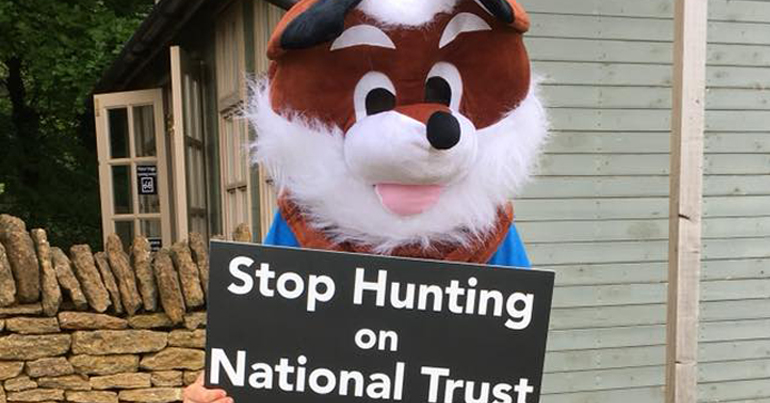 Protesters have taken to National Trust land across England to object to the charity’s position on trail hunting.

On 27 May, people gathered across five locations – some of which hosted hunts during the recent 2017/18 season. National Dis-Trust helped organise the events. In a press release sent to The Canary, it said it was protesting “the decision to license hunts across the country which are clearly still fox hunting”. The estates were: 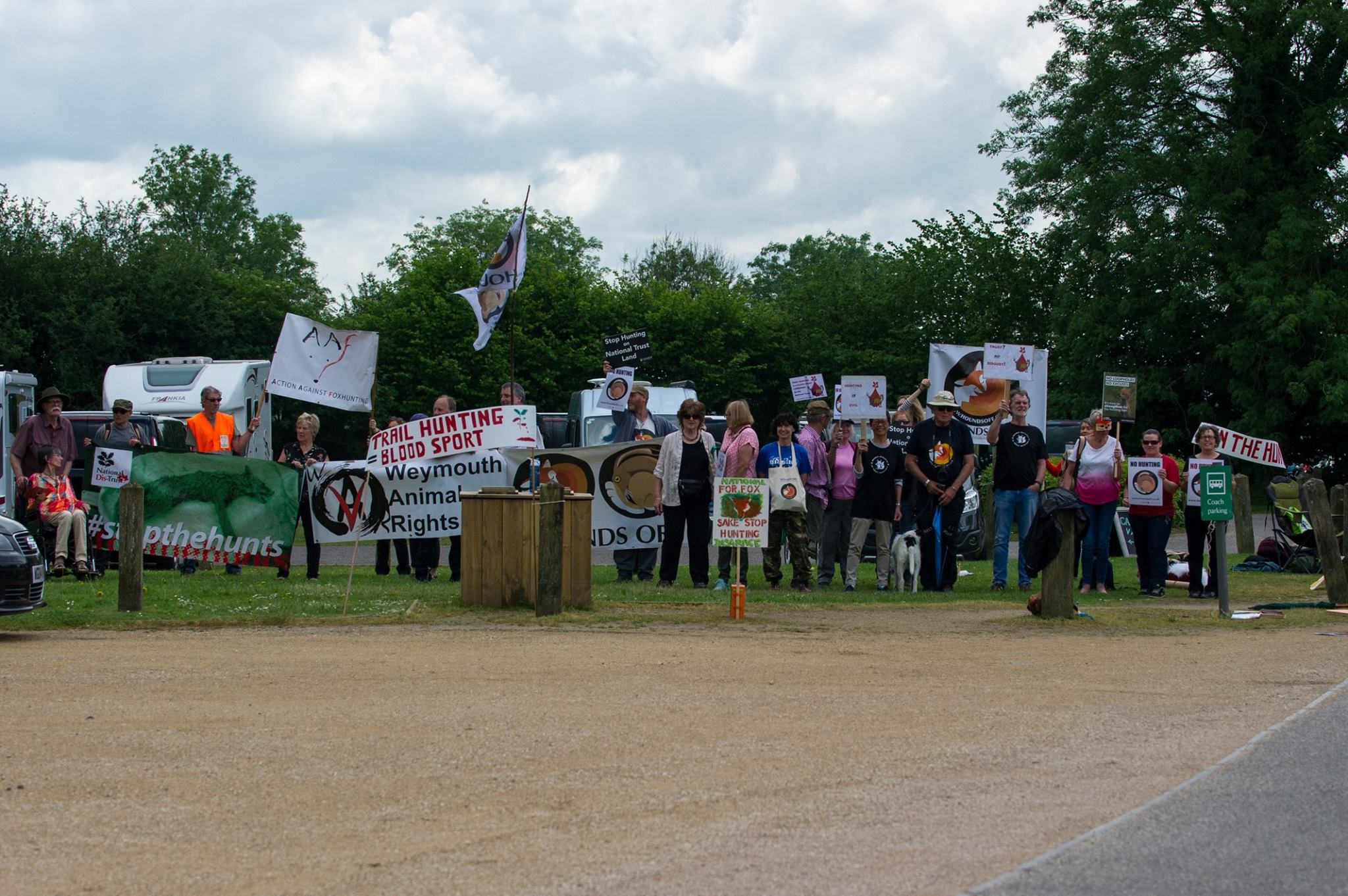 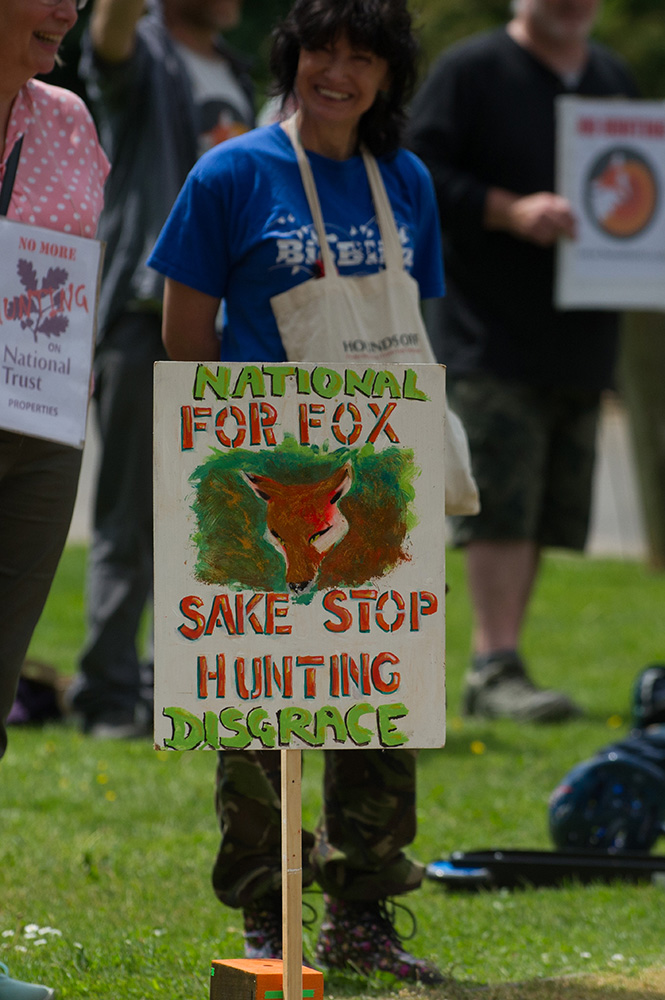 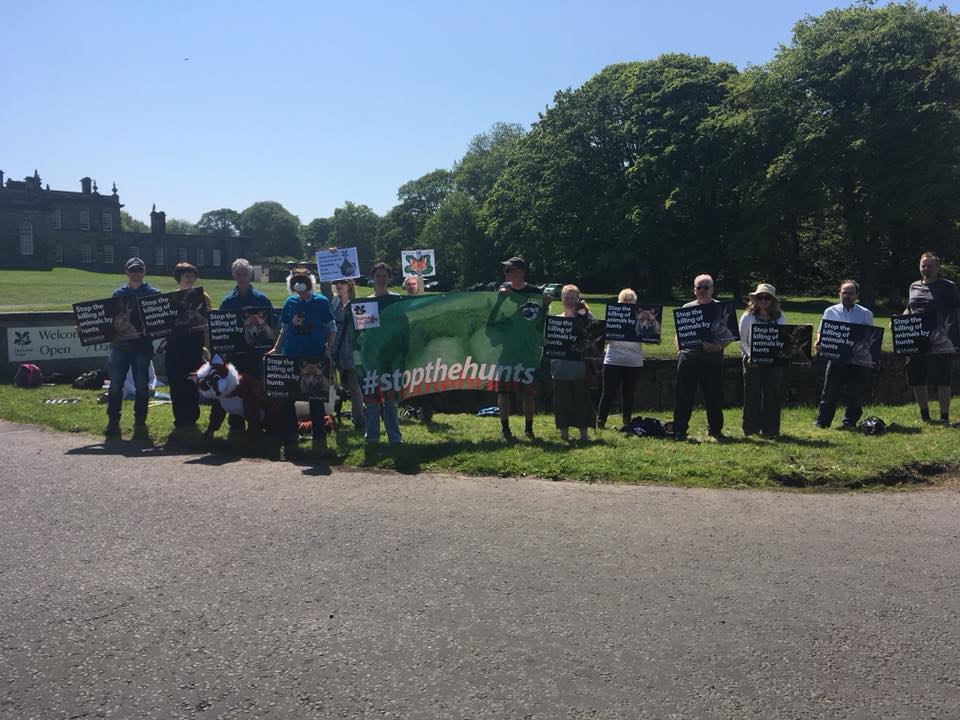 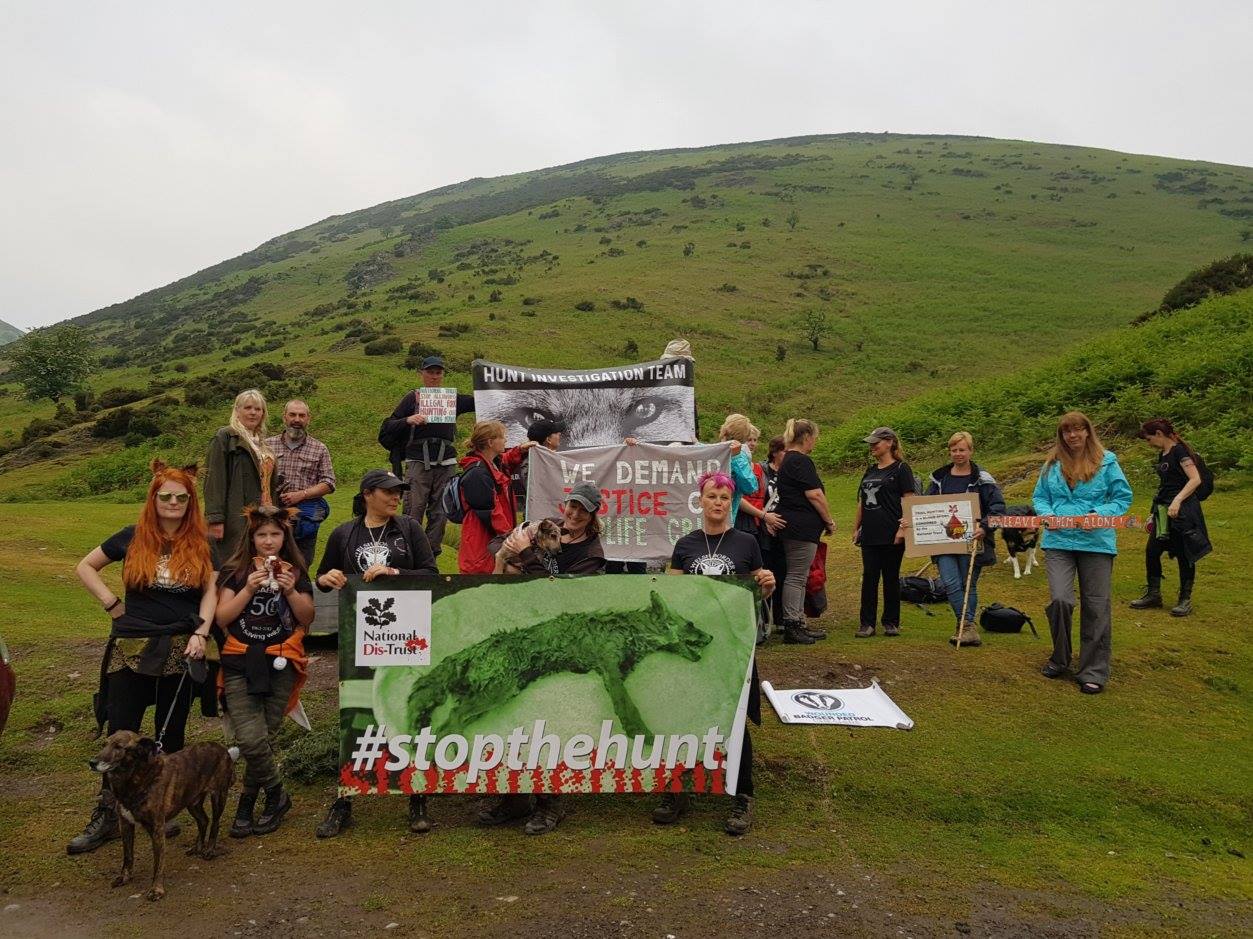 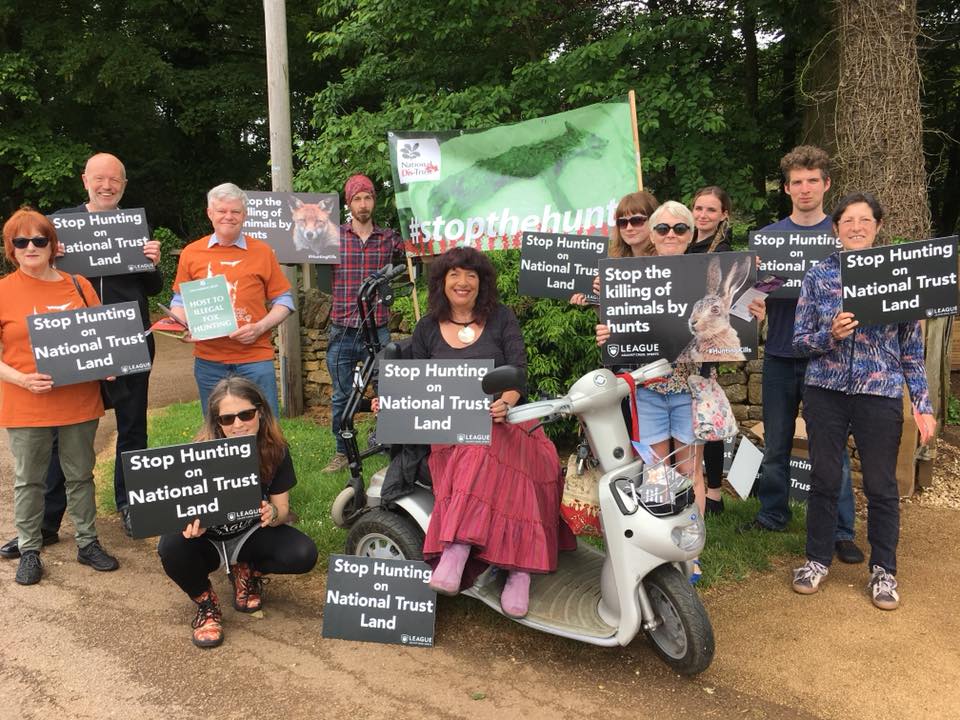 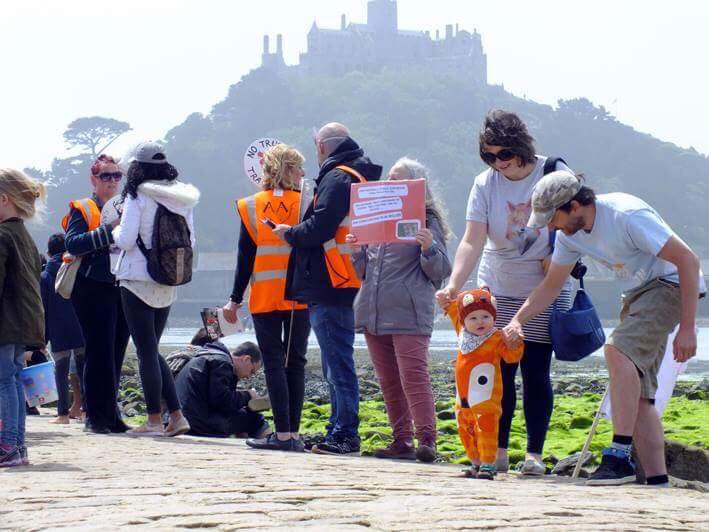 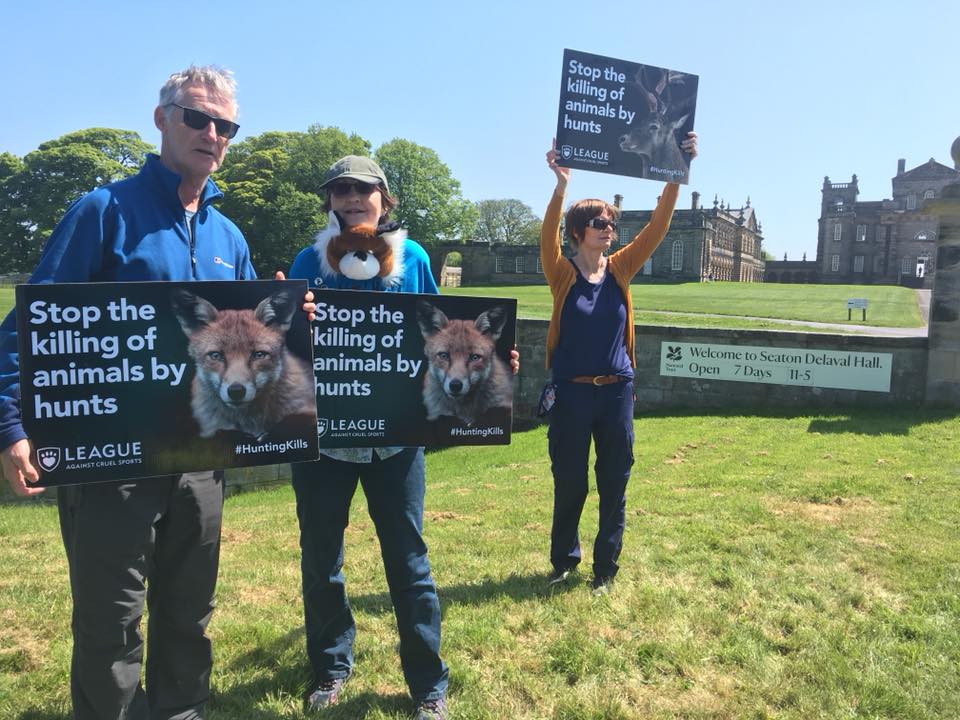 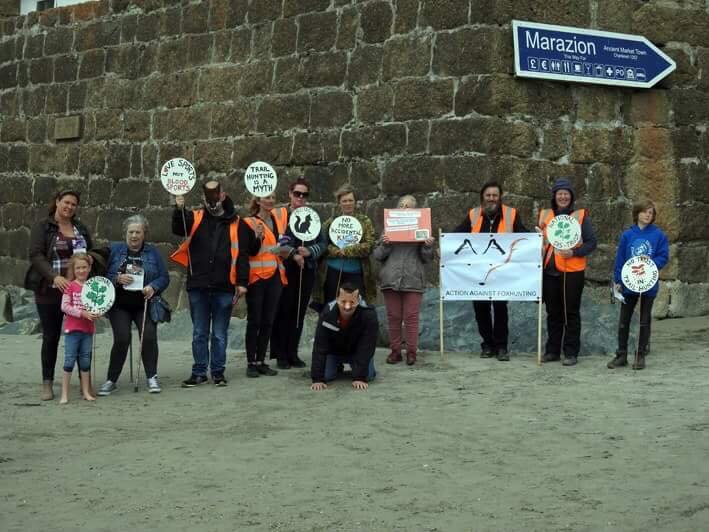 Helen Beynon is a National Trust member who tabled the motion to ban trail hunting on the charity’s land in 2017. Speaking to The Canary, she says that the day:

…was so uplifting. … We are not going to go away. The National Trust should be ashamed that they have to be reminded that the animals who live on their estates should be protected and nurtured – not literally hounded and cruelly persecuted.

After the fox hunting ban came into force, hunts began to practice trail hunting. This is a legal activity that sees hunts follow an artificially laid trail without the intention to chase or kill wildlife. And it’s this that the National Trust grants licences for.

But campaigners and activists say illegal hunting continues by exploiting loopholes in the law. Trail of Lies, an extensive report by the Independent Fund for Animal Welfare, says [pdf, p24]:

In 99% of the 443 trail hunting events run by 45 different registered hunts observed by our investigators over the last 10 years, they did not see anyone laying genuine trails.

As a result, campaigners say the National Trust is in fact licensing bloodsports.

The pressure is building

In October 2017, the National Trust controversially decided to continue licensing hunts on its land. A vote to ban trail hunting at that year’s AGM was narrowly defeated with ‘discretionary votes’. These are proxy votes cast by trustees. But campaigners are continuing to hold the National Trust to account. Two recent articles by The Canary detail some of their discoveries and arguments.

The National Trust says a review of licensing conditions will be conducted before its 2018 AGM. It also says new conditions will be “rigorous”. But this review is already being brought into question. And Beynon says the new system “is unlikely to be credible”.

As such, pressure will continue from campaigners. National Dis-Trust has already announced a protest outside the National Trust’s 2018 AGM.

It’s clear this is an issue the National Trust can’t avoid.

– Support the League Against Cruel Sports in its work against bloodsports.